A small group of mostly high school students gathered in front of the White House on Friday as part of the National School Walkout, an anti-gun protest launched by a Connecticut teen following the shooting deaths of 17 people at a Florida high school in February.

Following a moment of silence plus 13 seconds to honor the 13 people shot and killed at Columbine High School on April 20, 1999, the group walked to the Capitol where speakers lashed out at Republicans and the National Rifle Association (NRA).

The organizers from schools in the D.C., Virginia, and Maryland region collected letters demanding gun control from protesters addressed to legislators and registered voters via text.

But like the March for Our Lives protest last month and the first National School Walkout on March 14, the anti-gun walkout protest is being pushed and funded by Michael Bloomberg’s Everytown for Gun Safety, which spawned the Students Demand Action group that participated on Friday.

Looking to seize on activist outrage in the wake of the Florida school shooting, Everytown for Gun Safety — the group backed by former New York City Mayor Mike Bloomberg — is launching a “five-action plan” to energize supporters ahead of the midterms.

The five points of the plan are: Pledge to vote on gun safety; research how much money local officials have accepted from the National Rifle Association, register friends to vote; force candidates to go on the record about gun policy through a provided candidate questionnaire; and urge people who are involved to run for office themselves. 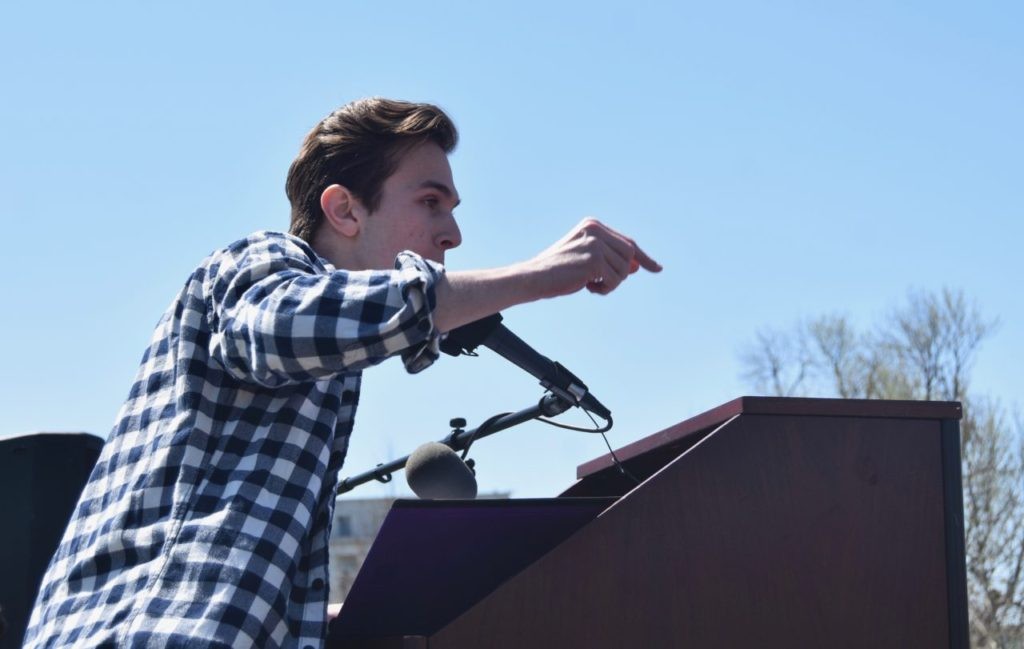 Ian Berlin, 17, a student at a D.C. high school who told Breitbart News he organized the local protest, spoke from a small stage set up on the West Lawn of the Capitol.

Berlin said there are rules and regulations on the First Amendment, citing the permits the group needed to put on the protest.

“And so too must we regulate the Second Amendment,” Berlin said. “Just as the freedoms of the First Amendment are subject to rules and regulation so too must be those protected under the Second.”

“No amendment is absolute,” Berlin said. “Your right to a gun does not supersede my right to graduate high school.” 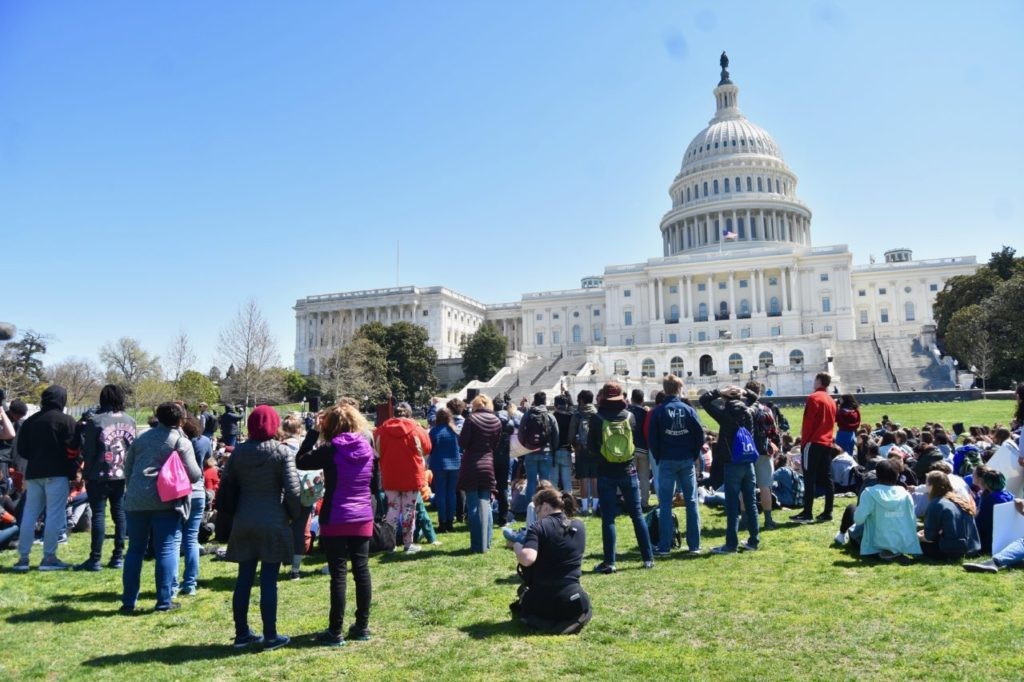 The teen noted that he was born shortly after the Columbine attack, and the government has taken “no meaningful action to protect our schools and our communities from this epidemic of gun violence.”

“So to the politicians, I say you’ve had 19 years and now you have until November,” Berlin said. “If you don’t act, we will vote you out.”

Another teen, Micaela Lattimer, 17, and a junior at Long Reach High School in Columbia, Maryland, said the anti-gun movement must be “intersectional” — a decades-old feminist social theory that “asserts that people are often disadvantaged by multiple sources of oppression: their race, class, gender identity, sexual orientation, religion, and other identity markers.”

“Intersectionality recognizes that identity markers (e.g. “female” and “black”) do not exist independently of each other, and that each informs the others, often creating a complex convergence of oppression.” 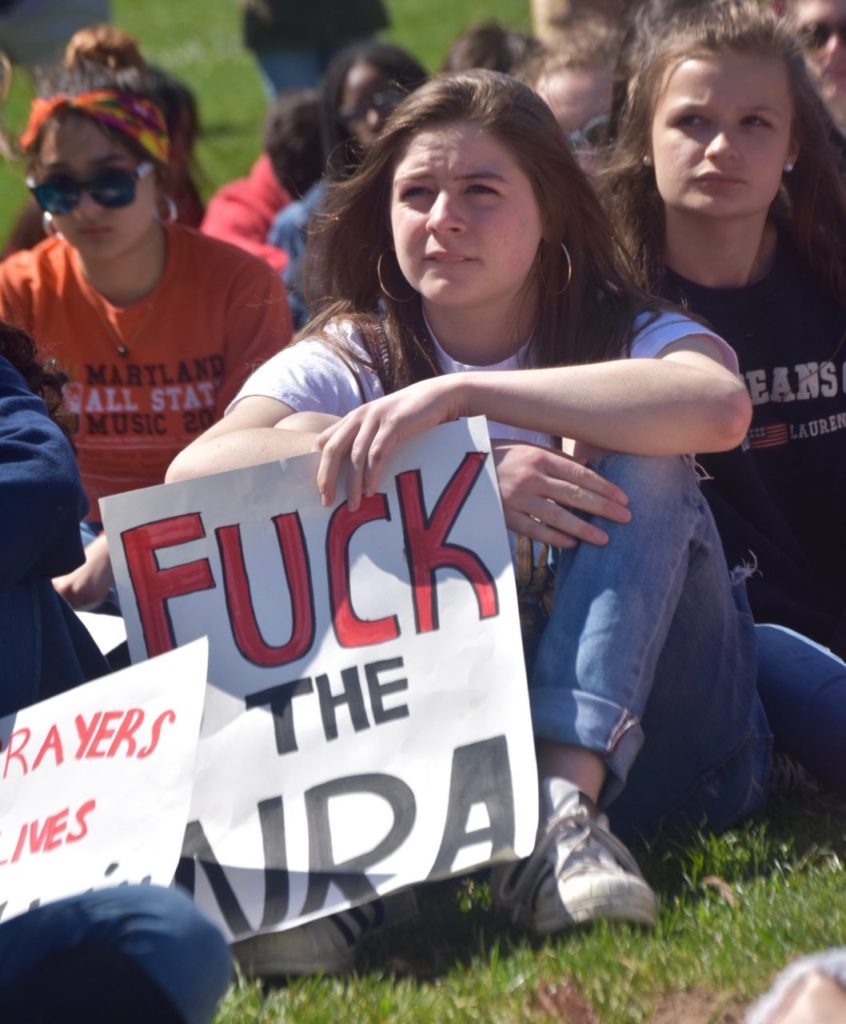 Lattimer said that the people who died at Columbine and in Parkland, Florida, are not the only victims of “gun violence.”

“I am here because when black activists have taken to the street to protest police shootings, members of law enforcement have responded in full riot gear and arrests,” Lattimer said, citing statistics she claims show that black men and Latinos are at much higher risk of dying from being shot.

The protesters also embraced the LGBT community and its link to “gun violence,” including suicide by a gunshot wound. 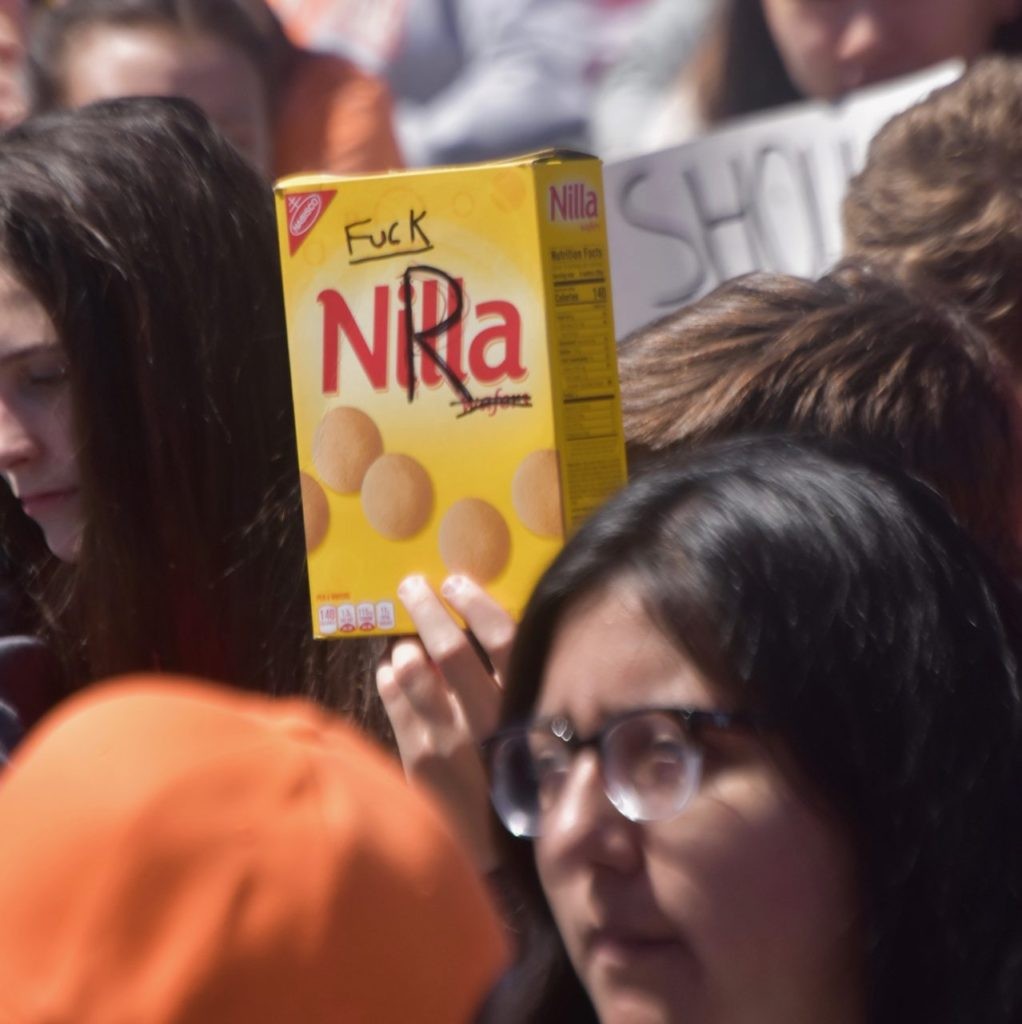 A teen from a high school in Rockville, Maryland, said she wanted to share her “identity” and then pointed out that “queer youth” are five times more likely to attempt suicide than their “cisgender, heterosexual counterparts.”

As Breitbart News reported, the National School Walkout was started by Lane Murdock, a 16-year-old teen in Connecticut, after the Florida shootings.

But her efforts were also boosted by liberal adults — in Murdock’s case, by the group Indivisible, which states on its website:

Our mission is to fuel a progressive grassroots network of local groups to resist the Trump Agenda. In every congressional district in the country, people like you are starting local groups and leading local actions. Are you standing indivisible with us? Then sign up for weekly actions and updates.

And Murdock’s activism has evolved since she came up with the idea to walk out of school for 17 minutes to honor the dead in Florida, according to an interview she did with National Public Radio (NPR).

“She wants people to know that she’s imagining this day to be very different than the March For Our Lives or the 17 minutes of silence on March 14 in honor of the victims in Parkland, Fla.,” NPR reported. “This walkout will last from 10 a.m. through the end of the day.”

“That’s because ‘this is a topic that deserves more than 17 minutes,’” NPR reported.