President Donald Trump and North Korean dictator Kim Jong-un surprised reporters with an unscheduled signing of documents after their summit in Singapore on Tuesday.

The two leaders appeared in a room decorated with flags of both countries for the signing ceremony.

“We’re both very honored to sign the document. Thank you,” Trump said shortly.

Kim said that the meeting was “historic” and that the two leaders had “left the past behind.”

“The world will see a major change,” he said. “I would like to express my gratitude to President Trump to make this meeting happen.”

The pair signed documents which vowed to establish diplomatic relations between the two countries with a commitment from North Korea to denuclearize the Korean peninsula. 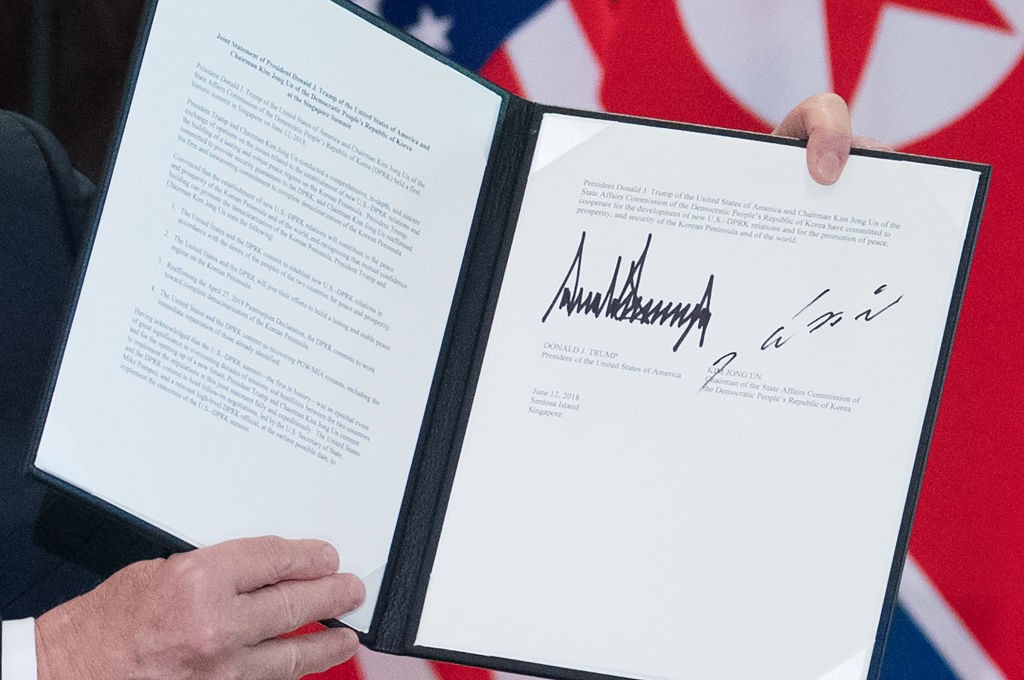 Four points of the Trump-Kim Declaration:

1. The United States and the DPRK commit to establish new U.S.-DPRK relations in accordance with the desire of the peoples of the two countries for peace and prosperity.

2. The United States and the DPRK will join their efforts to build a lasting and stable peace regime on the Korean Peninsula.

3. Reaffirming the April 27, 2018 Panmunjom Declaration, the DPRK commits to work towards the complete denuclearization of the Korean Peninsula.

4. The United States and the DPRK commit to recovering POW/MIA remains including the immediate repatriation of those already identified.

When reporters asked if Kim was prepared to denuclearize, Trump said that they would be “starting that process very quickly.”

“We’ve developed a very special bond,” Trump said, adding that the summit turned out better than anyone could have predicted.

When asked if he would invite Kim to the White House, Trump said, “Absolutely, I will.” 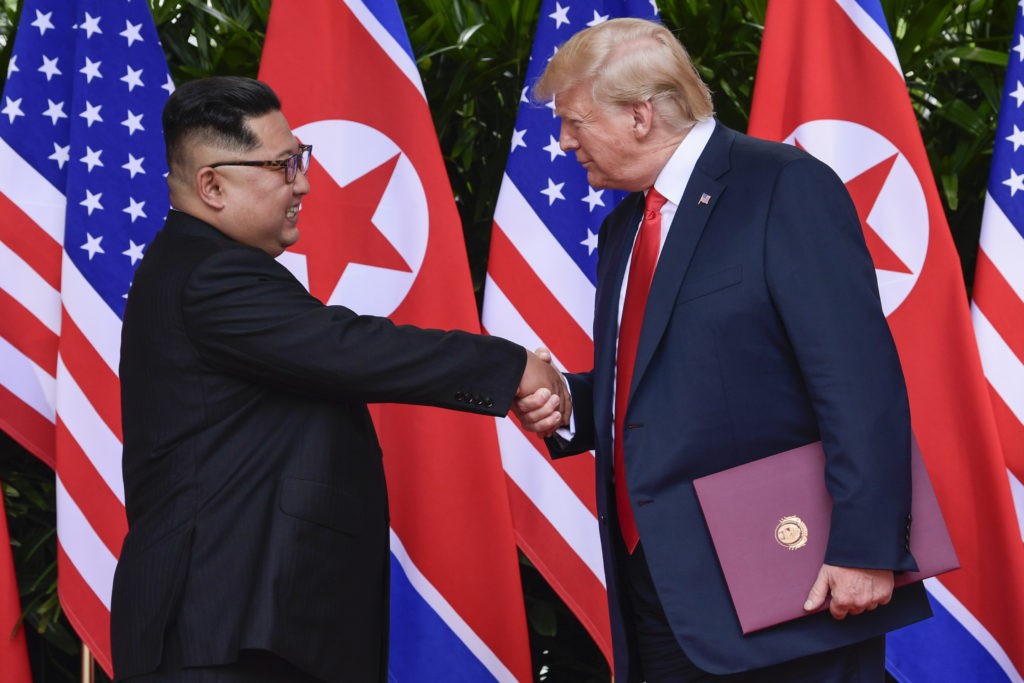 The president spoke briefly to reporters after the handshake, affirming that he would meet with Kim “many times” saying that he had a “great personality” and was “very smart.”

“Good combination,” he added, describing him as “a very worthy, very smart negotiator.”

“We had a terrific day and we learned a lot about each other and our countries,” he said.

Trump teased the document signing after leaving the working lunch with Kim. 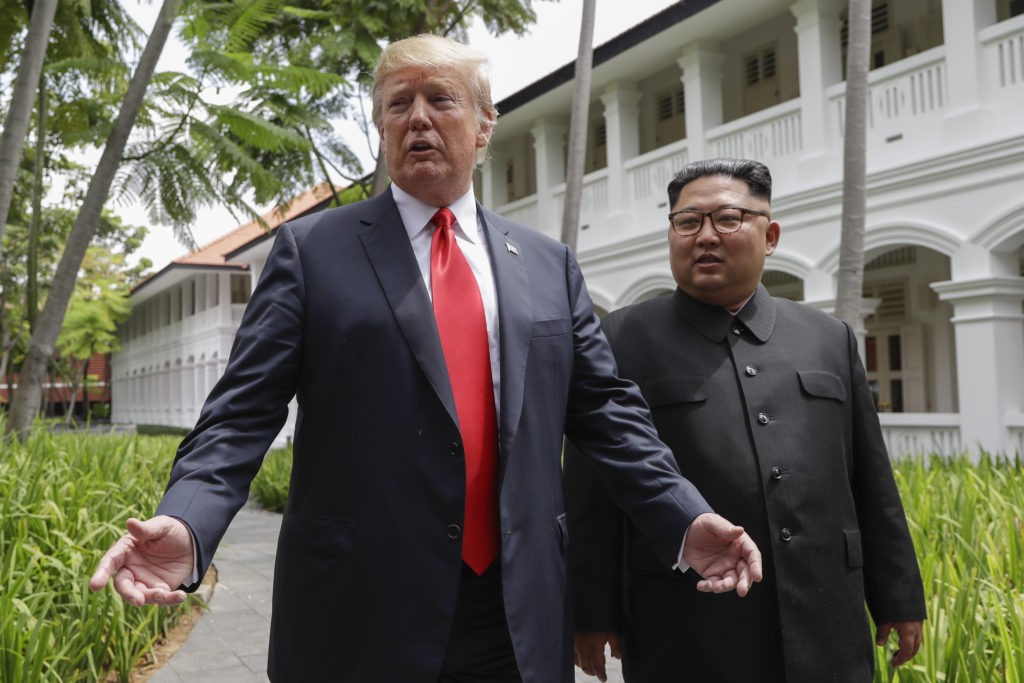 U.S. President Donald Trump and North Korea leader Kim Jong Un stop to talk with the media as they walk from their lunch at the Capella resort on Sentosa Island Tuesday, June 12, 2018 in Singapore. (AP Photo/Evan Vucci)

“We had a really fantastic meeting. A lot of progress. Really, very positive, I think better than anybody could have expected, top of the line, really good. We’re going right now for a signing,” Trump told reporters as the pair walked by the press.

Both leaders paused and spoke briefly before going separate ways at the doorway of the hotel.

Trump also showed Kim the interior of his presidential limousine “The Beast” as they walked together outside the hotel, according to the Associated Press.

Trump and Kim have spent about five hours together in various meetings, including a 40-minute period of just the two leaders in a room with their interpreters.