America’s white working class would deliver a massive red wave in the midterm elections this week if they were the only demographic group voting across the country, new analysis from FiveThirtyEight reveals.

The polling data website FiveThirtyEight compiled a series of U.S. maps that reveal what the midterms outcome would look like if each demographic group were the only ones voting in tomorrow’s election.

If only white working-class Americans without a college degree were voting tomorrow, the GOP would be delivered a massive red wave with a total of 268 district wins. Meanwhile, the Democrats would only win 167 districts — mostly on the outer bands of the West Coast and East Coast. 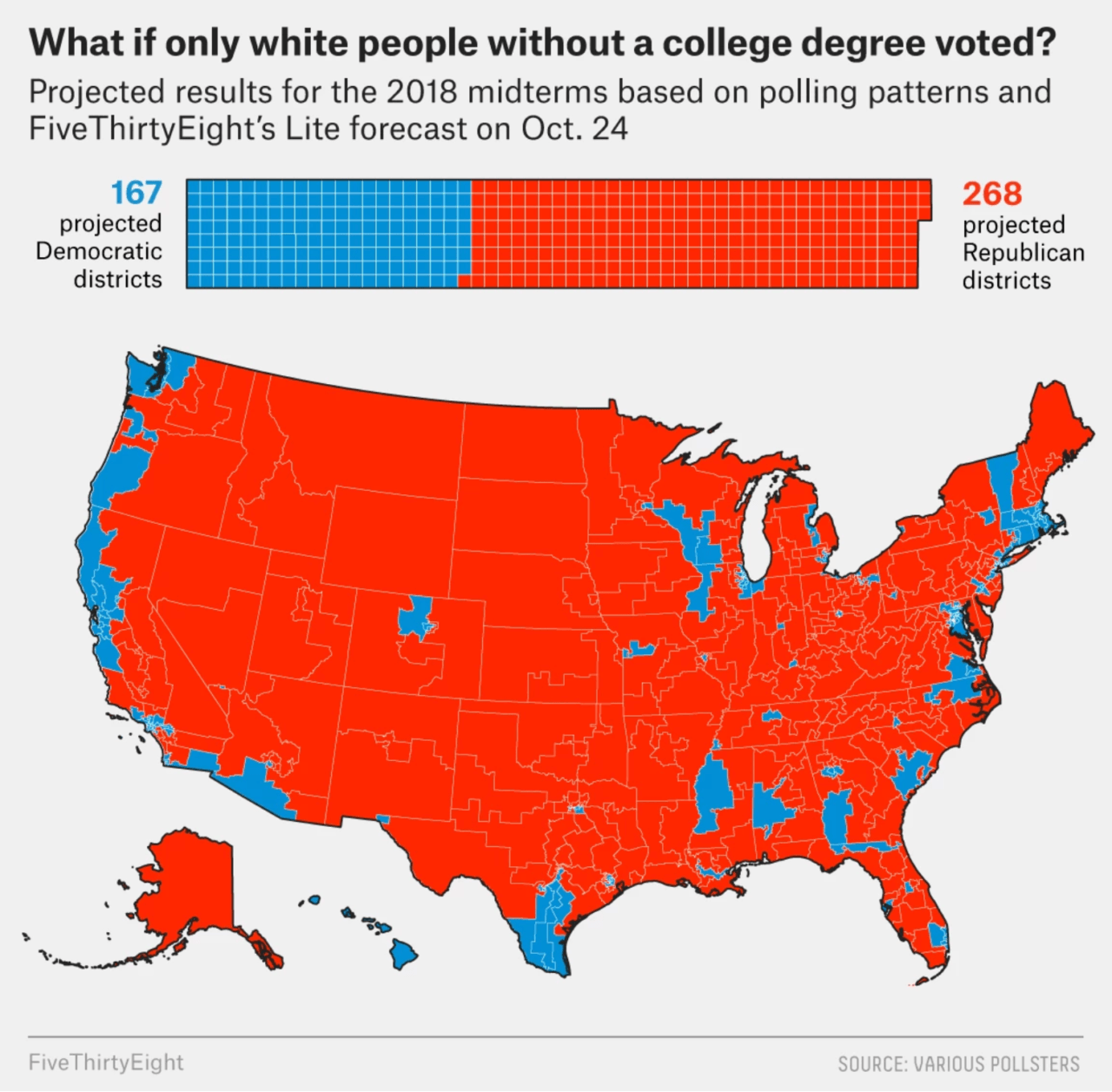 On the other hand, if only nonwhite Americans voted in tomorrow’s midterm elections, the country would turn blue for the Democrats in a near-unanimous sweep. Nonwhite American voters would deliver Democrats a 388 House seat majority with only 47 House seats going to Republicans.

As Breitbart News has previously noted, booming foreign-born populations — primarily from Central America and South America — are handing electoral dominance over to Democrats in Districts that were once winnable for Republicans. 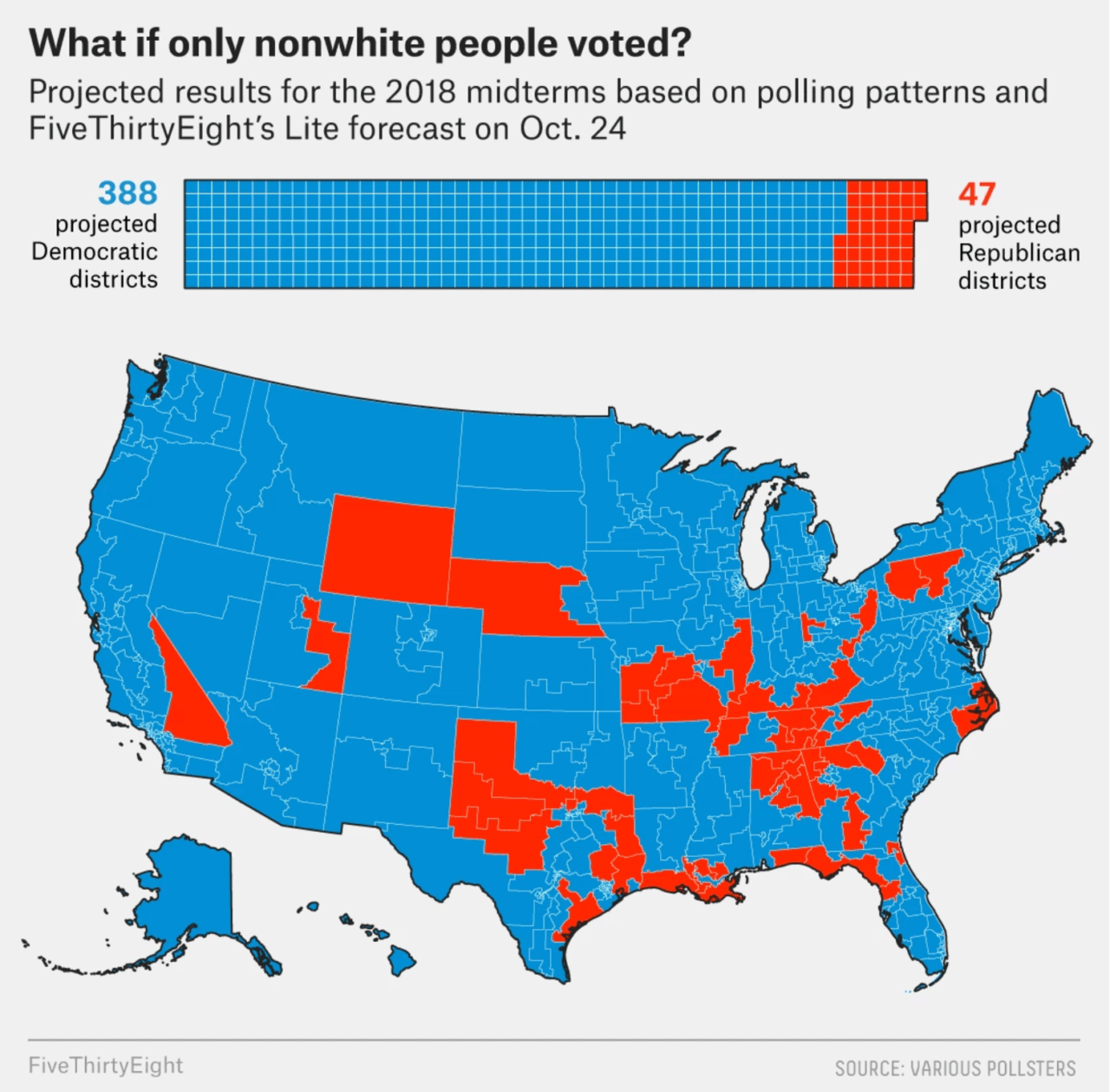 Between the genders, American men and women have split this election cycle. According to the FiveThirtyEight analysis, men would sway the election for Republicans, giving the GOP nearly 250 House seats, well above the majority needed for the party to control Congress.

Women would slightly flip the House for Democrats, though, giving them 275 House seats leaving the GOP with only 160 seats. 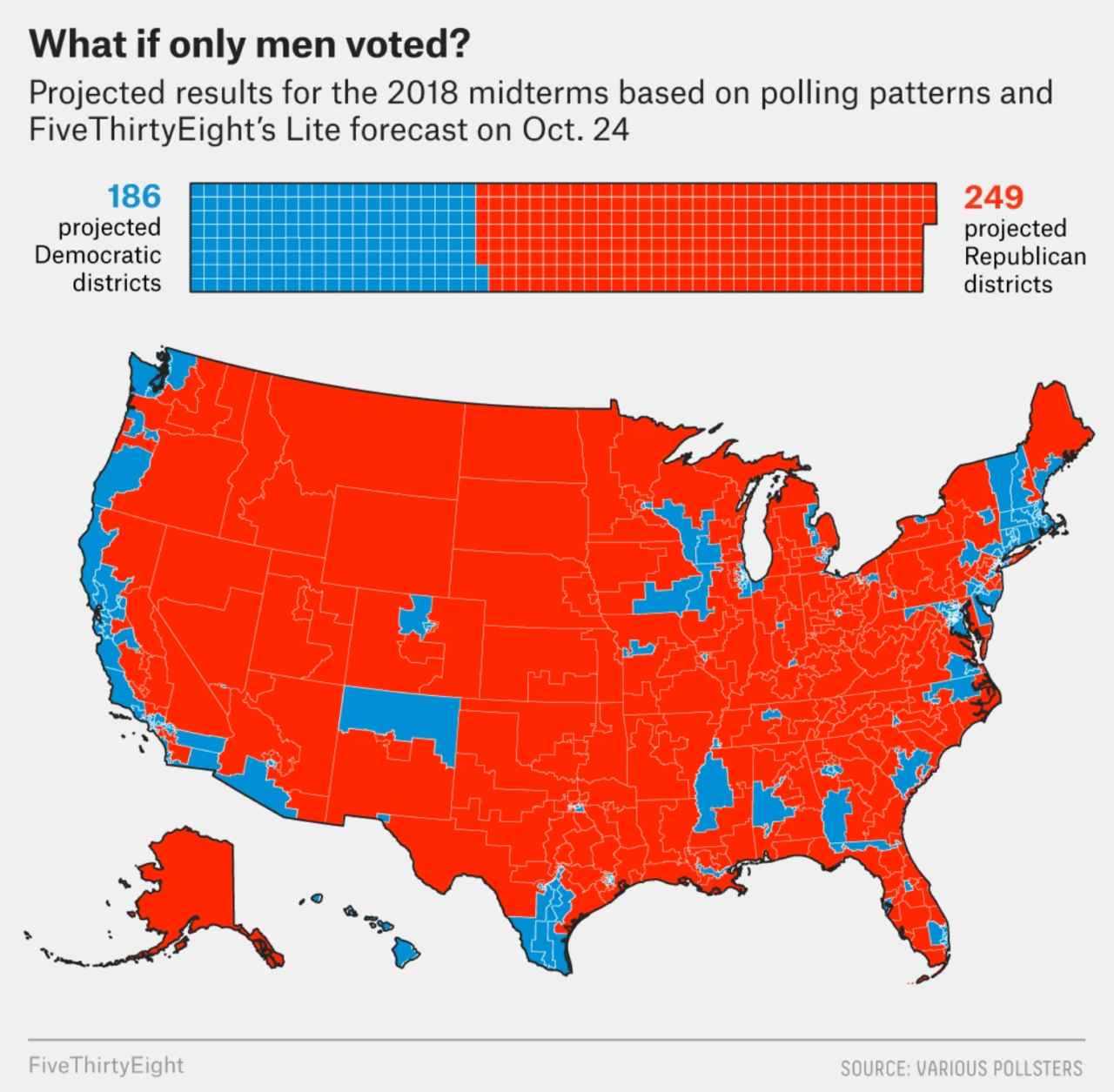 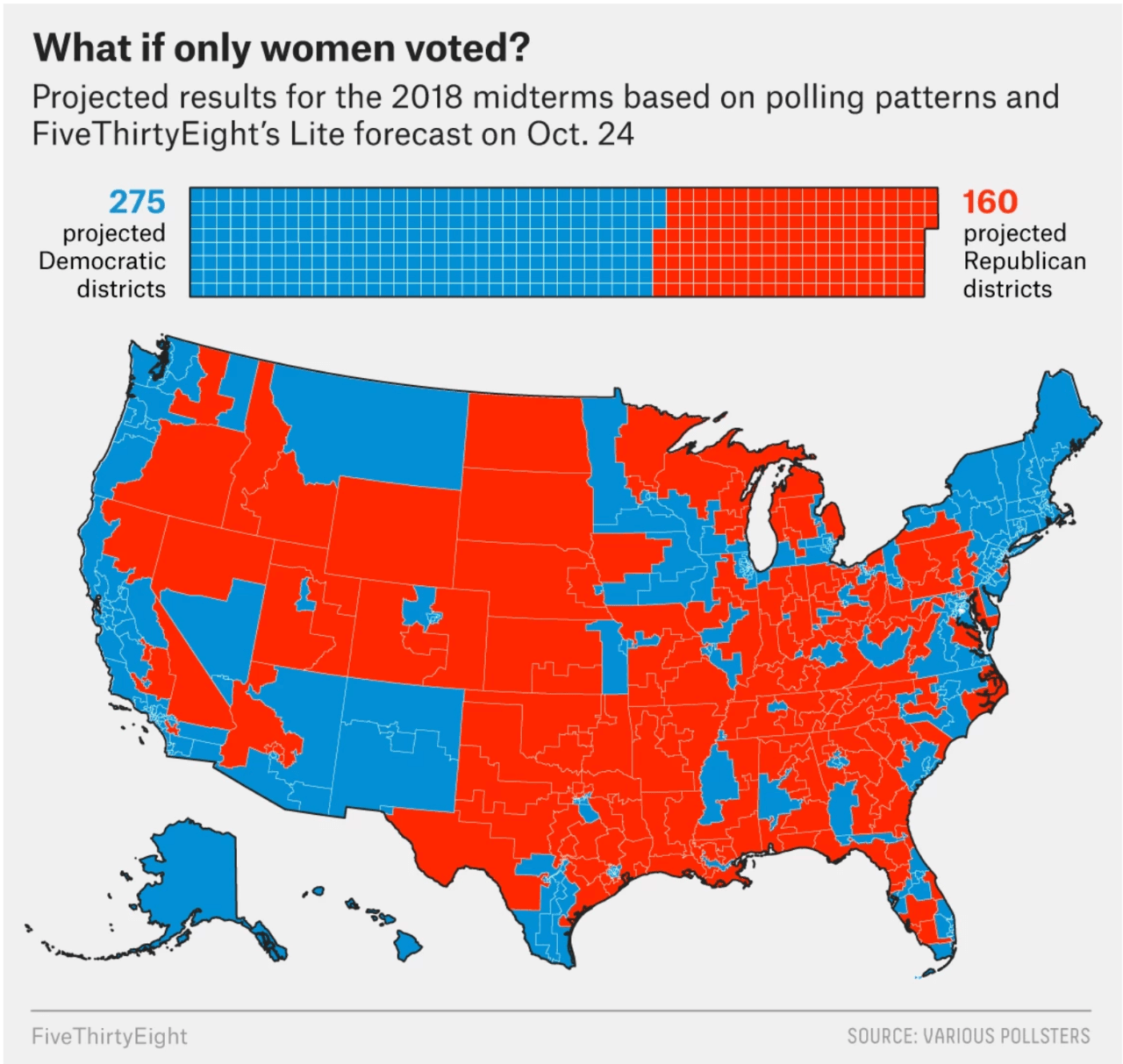 Currently, FiveThirtyEight analysts say Democrats have a 7-in-8 chance of winning back the House giving the GOP only a 1-in-8 shot at victory.

President Trump is making multiple campaign stops the day before the midterm elections in an effort to drive out his base on the core issues of immigration and the economy which has boomed under the administration’s economic nationalist agenda.