“Another historic trade blunder was the catastrophe known as NAFTA,” Trump said.

“I have met the men and women of Michigan, Ohio, Pennsylvania, Indiana, New Hampshire, and many other states whose dreams were shattered by NAFTA,” Trump continued. “For years, politicians promised them they would negotiate for a better deal. But no one ever tried — until now.”

Trump’s assertion that NAFTA devastated American workers across the country is correct, as nearly five million American manufacturing jobs have been eliminated from the U.S. economy since the free trade agreement’s enactment.

Likewise, the vast elimination of working and middle-class jobs due to NAFTA has coincided with a nearly 600 percent increase in U.S. trade deficits.

Nearly a million American jobs have been certified by the federal government as being lost directly due to NAFTA, according to data gathered by Citizen.org. These are only the U.S. jobs that the Trade Adjustment Assistance (TAA) program recognizes as being lost to free trade and does not indicate the actual number of jobs lost. 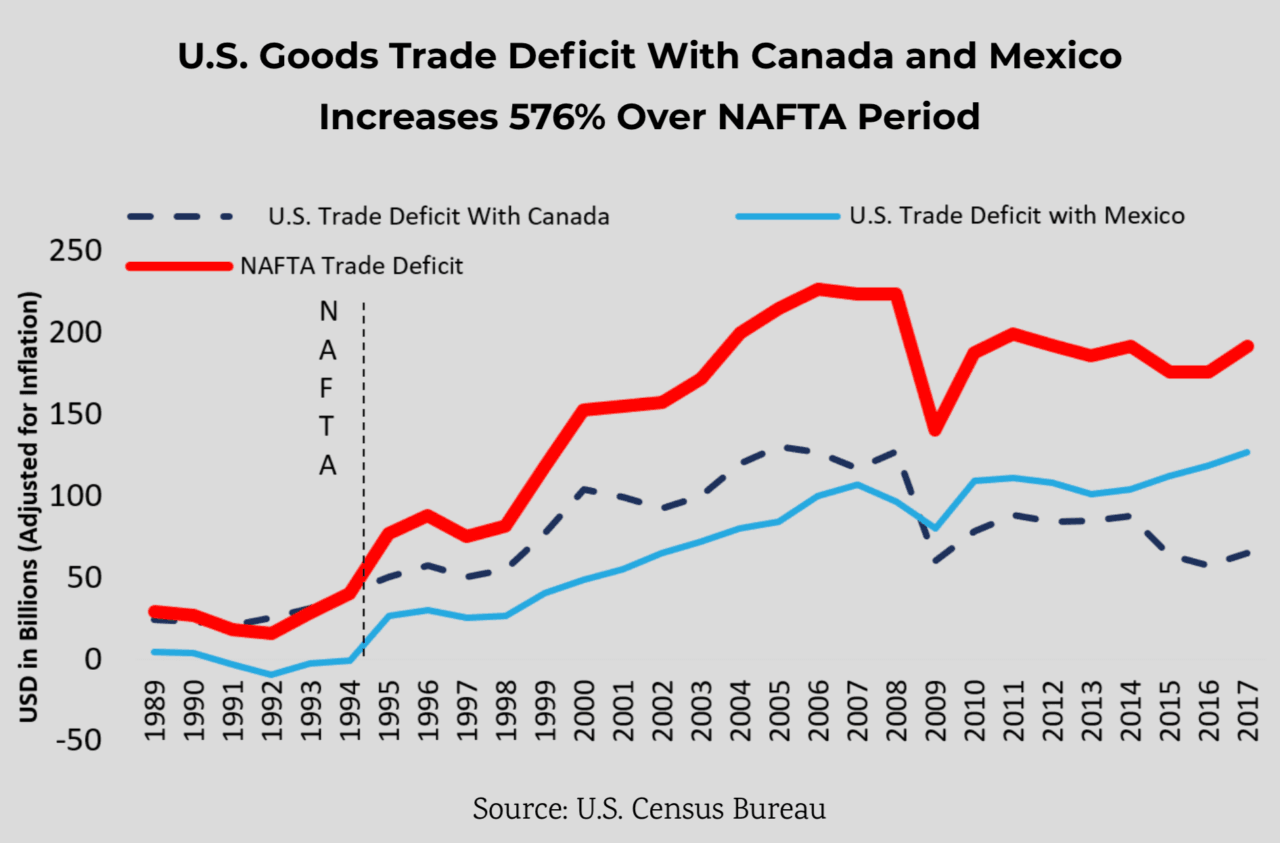 When it comes to U.S. wages, NAFTA has had a similar impact. As of 2017, about two out of every five American manufacturing workers who lost their jobs to NAFTA had their wages cut, Bureau of Labor Statistics data reveals.

“About one out of every four took a pay cut of greater than 20 percent,” Public Citizen’s analysis concludes. “For the average worker earning the median manufacturing wage of $39,500 per year, this meant an annual loss of at least $7,900.”

Despite claims by advocates of free trade, NAFTA has not ended mass illegal immigration to the U.S. from Mexico.