The United States is no longer the top refugee spot for the world’s migrants, handing the title to Canada and the nations of the European Union (EU), thanks to major reforms to the country’s refugee resettlement program enacted by President Trump.

Once the global leader in accepting foreign refugees, Trump’s reforms to the refugee resettlement program — such as reducing the annual cap of admissions to 30,000 — have wrought significant results in terms of the White House’s “America First” immigration agenda.

Fiscal Year 2018 was the first fiscal year in at least a decade in which the U.S. did not admit the most foreign refugees in the world, surpassing every European country combined. Last year, Canada led the world in refugee admissions, followed by the nations of the EU. Each admitted nearly 30,000 refugees.

The U.S., thanks exclusively to Trump’s reforms, helped lower the total number of foreign refugees to less than 23,000 admissions last year. This is a 76 percent decrease in foreign refugee resettlement from President Obama’s 2016 totals that reached almost 100,000 admissions. 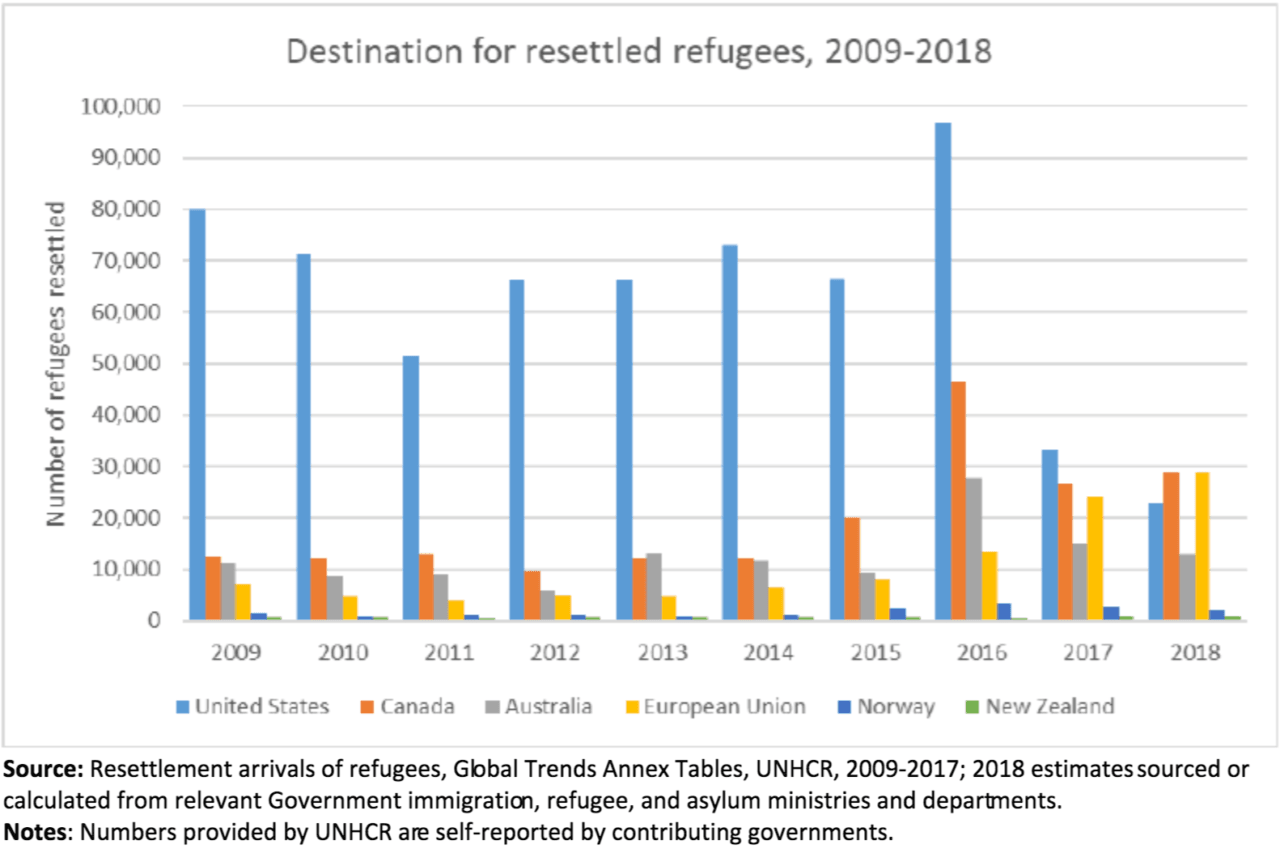 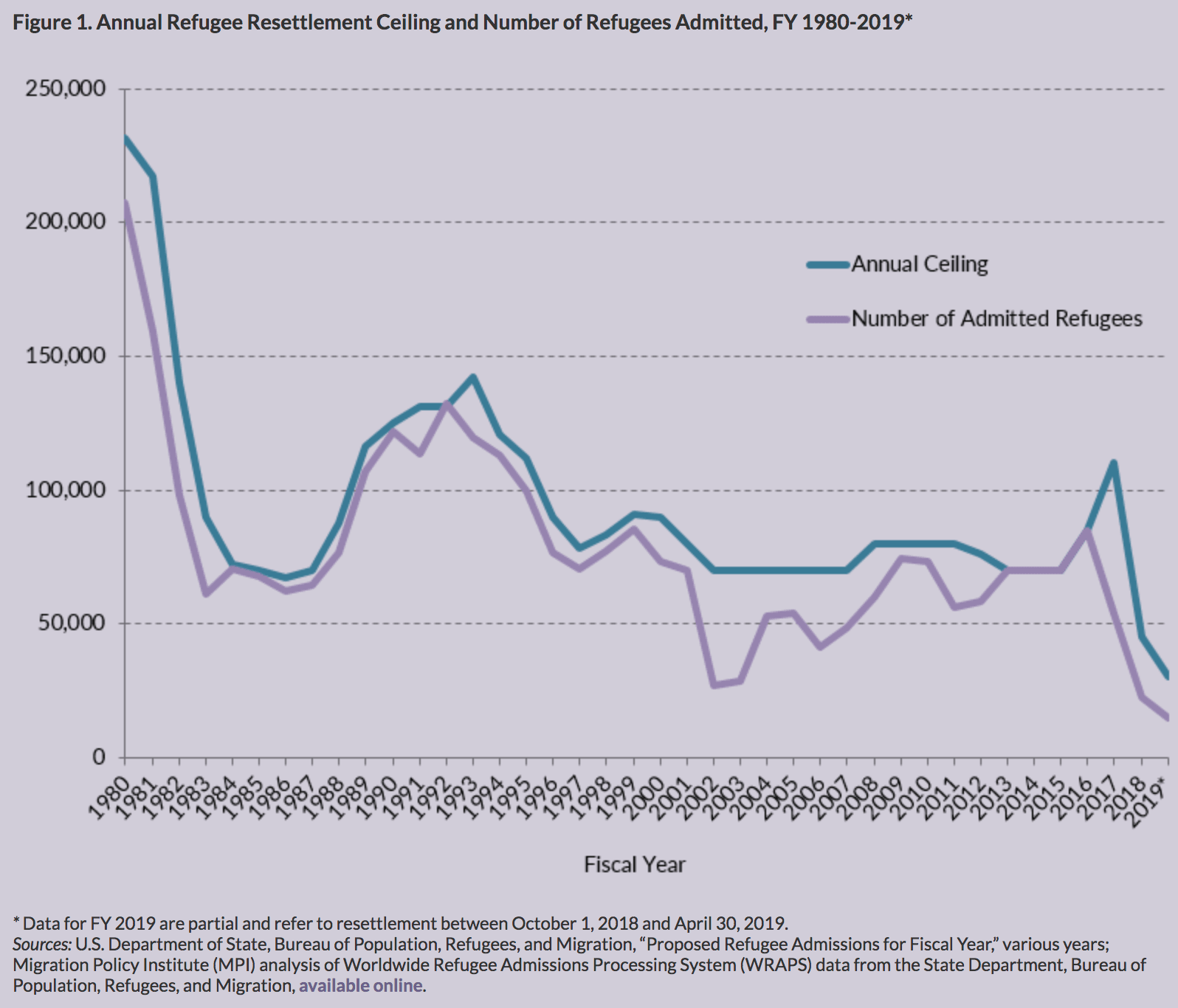 This calendar year, thus far, the U.S. has resettled less than 14,000 foreign refugees with about 2,300 refugees getting resettled in the country every month — a large drop from the era of the Obama and Bush administrations, when it was not uncommon for 6,000 to 8,000 refugees to be resettled every month.

Trump’s reforms of the refugee resettlement program, as well as his travel ban that has nearly ended all immigration from eight terrorist-sponsoring countries, have been widely effective compared to the administration’s stalemate on legal immigration reforms and stopping illegal immigration.

Over the last decade, the U.S. has resettled more foreign nationals through a variety of humanitarian programs than the entire population of Philadelphia, totaling more than 1.7 million refugees admitted to the country in less than ten years. Simultaneously, there have been more than 4.1 million legal immigrants admitted to the U.S. from refugee-producing countries since 2000.

About 56 percent of households headed by foreign refugees who arrived in the U.S. between 2011 and 2015 are using taxpayer-funded food stamps, Breitbart News previously reported.