Analysis of Department of Justice (DOJ) records by Pew Research Center reveals that the Trump administration, between October 1, 2017 and September 30, 2018, prosecuted more accused immigration law-breakers than any time since 1998. 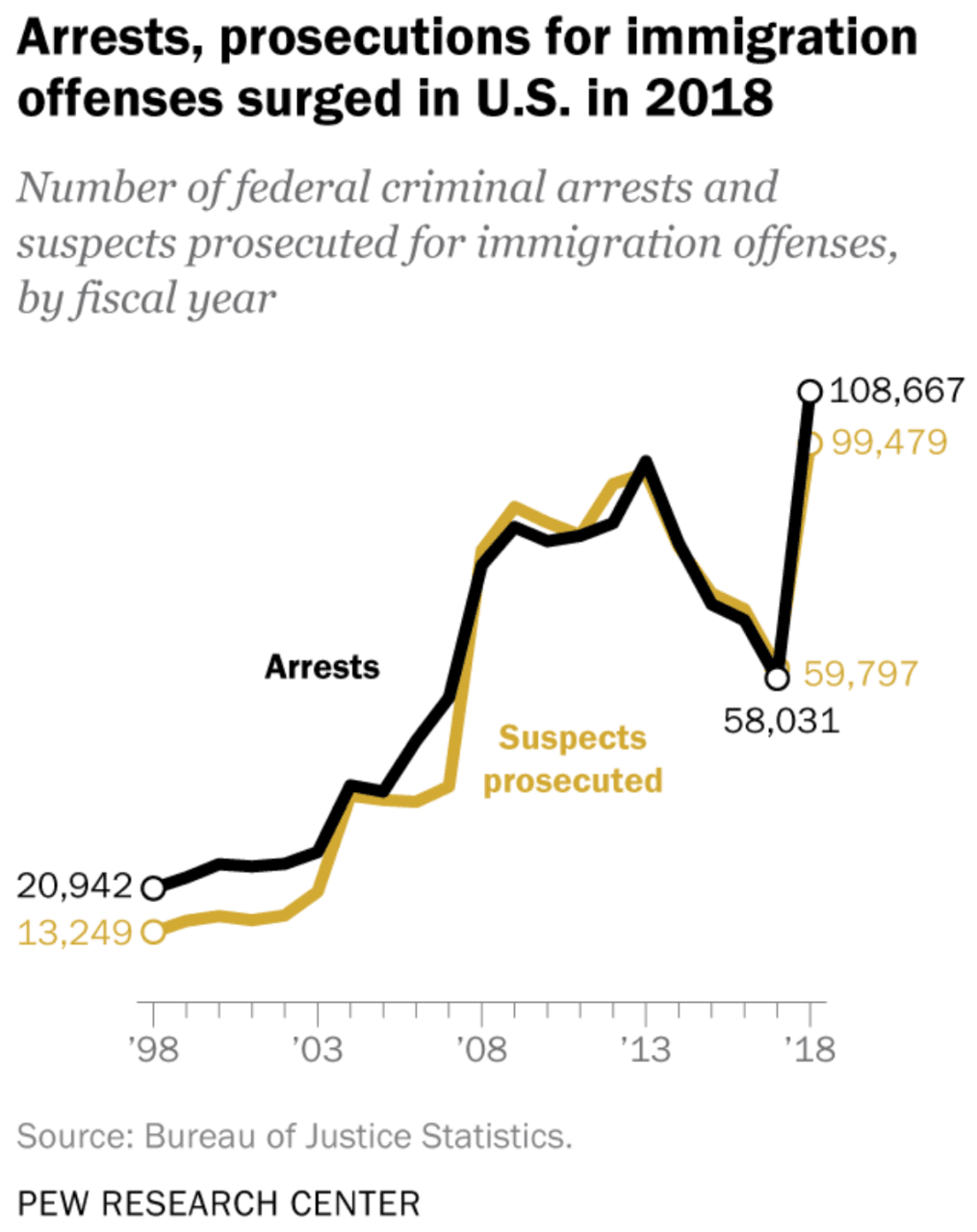 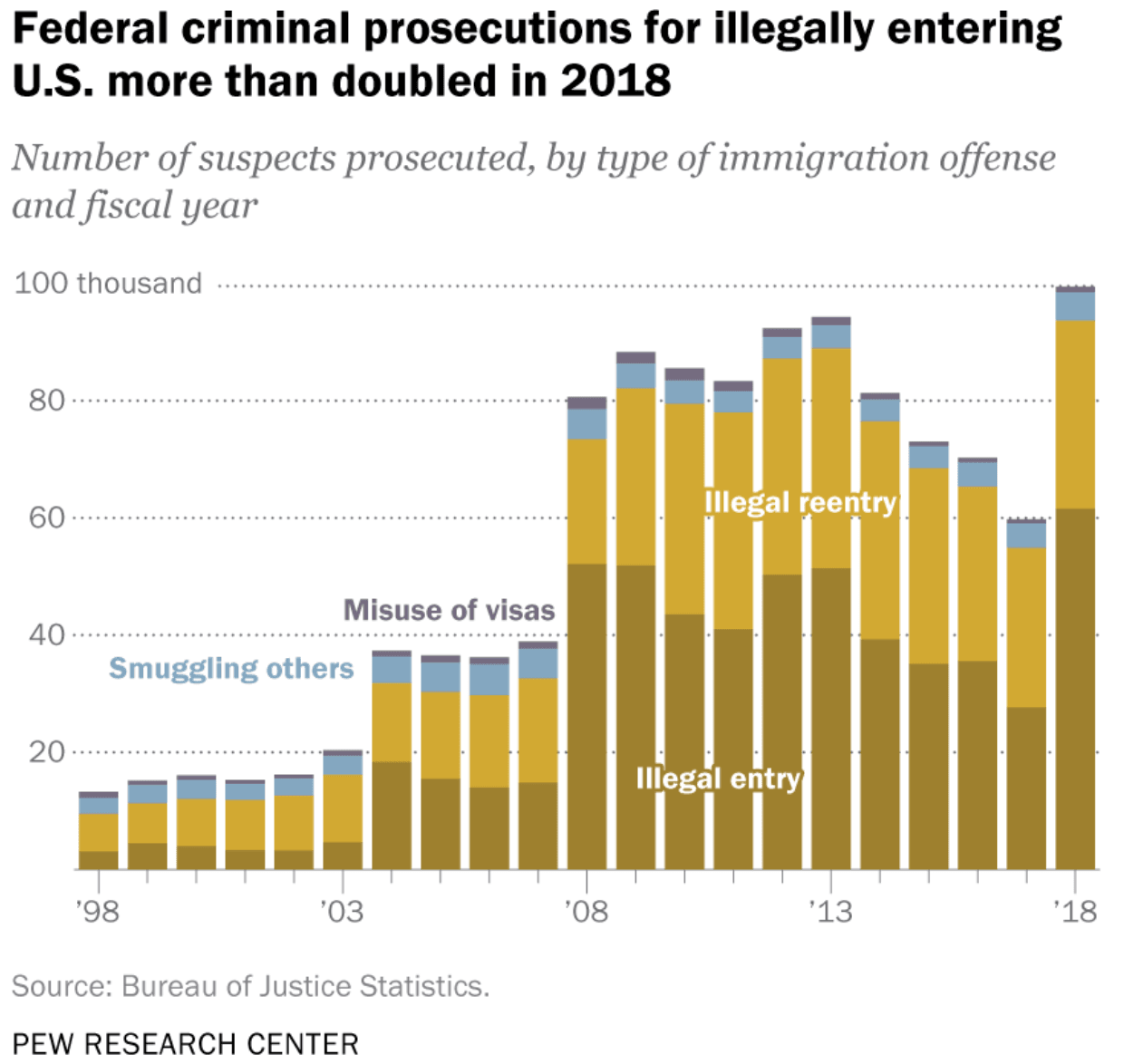 This level of prosecutions and arrests of individuals suspected of violating national immigration law is the highest since at least 1998.