My misdirection plan is working well. Everyone’s talking about Trump and impeachment, not me and Jeffrey Epstein. Sweet.

The news these past few weeks has been all Adam Schiff, Jerry Nadler, Nancy Pelosi—plus all those witnesses whose names nobody can remember anymore. But guess whose name you don’t see? …Sorry, haters!

Yes, Prince Andrew is getting kicked around, and good. At least he’s got a lot of happy memories.

He should’ve been more careful. Not let himself be photographed. Also, Randy Andy lacked the reach he needed to keep witnesses quiet a second time. You’ve heard of witness protection? Well, I like protection from witnesses!

And speaking of witnesses, we won’t be hearing much from Jeffrey Epstein, will we now?

Yessiree, my plan—okay, hon, our plan—is working. Jeffrey Epstein? Me? Lolita Express? Some say I took 26 trips. But who’s counting? I certainly wasn’t; I was having too much fun.

Why, even that big ’n’ juicy New York Times article on November 30, about those lawyers, David Boise and John Pottinger, and all their dubious insider doings with various Epstein players—it didn’t mention me once. In fact, I can even do public appearances, give talks, answer questions, the whole shebang—and not hear even once about Epstein. More sweet.

Let’s talk about the new news, Ukraine and Trump and the “I” word, courtesy of George Stephanopoulos and all my other media pals.

Let’s talk more, please, about whether some bureaucrat got his or her nose out of joint because “the interagency” wasn’t followed. I hate Trump, of course, but even so, we could be friendly enough and share a good laugh about just how petty and nitpick-y some of the headlines have been. Like this one, in the Washington Post: “Officials recount their reservations about Ukraine.” Boo hoo! I mean, it’s hilarious that some of these Deep Statists—and I say those two words with the greatest of affection!—think they should be running the government.

Yeah, good government, that’s a hoot. As if I cared about that when I was in the Oval Office, about any of that legality stuff when I was raising money from the Chinese—oops, I mean, Chinese-Americans—for my ’96 reelection campaign. Or as if Hill cared about “proper channels” when she was at State, and everyone knew that you had to go through Huma to get to the Secretary. That was a helluva good deal.

Speaking of new news, let’s hear more about what some Foreign Service Officer thinks he overheard Trump saying on the phone—as opposed to talking about the weapons that the Obama people did not deliver, ever. Yes, let’s talk about Trump, not Obama. I like that. And not, of course, Hillary—I don’t remember her saying anything about helping the Ukrainians when the Obama folks weren’t helping them. Most of the time, I like not talking about my wife even more.

Still, just between us, I’ll admit: Earlier this year, I was a little worried about where the Epstein story could be headed. That darn Miami Herald kept stirring the pot on Epstein, and then, on February 21, when that federal judge, Kenneth Marra, threw out Jeffrey’s sweetheart plea deal, I started to get antsy.

And when Epstein was actually arrested on July 6, yikes. And they wouldn’t grant bail, double-yikes. That’s when we went to “JeffCon,” here in Chappaqua. At that time, the incoming was really coming; on July 12, Trump’s labor secretary, Anthony Acosta, blew up; I was seriously afraid. And other names, such as Les Wexner, Bill Richardson, and George Mitchell. All pals of mine. Uh oh.

To make matters worse, all sorts of eye-catching side-details about Epstein kept spilling out. His townhouse was worth $77 million, he had $70,000 in cash, not to mention 48 diamonds—lots of titillating details. And oh yes, there was that ridiculous painting of me. But in a way, it’s a good thing that the portrait of me in that blue dress was still there on his wall—you wouldn’t want to give anyone the impression that the place had been swept, beforehand, to clear out evidence about me! 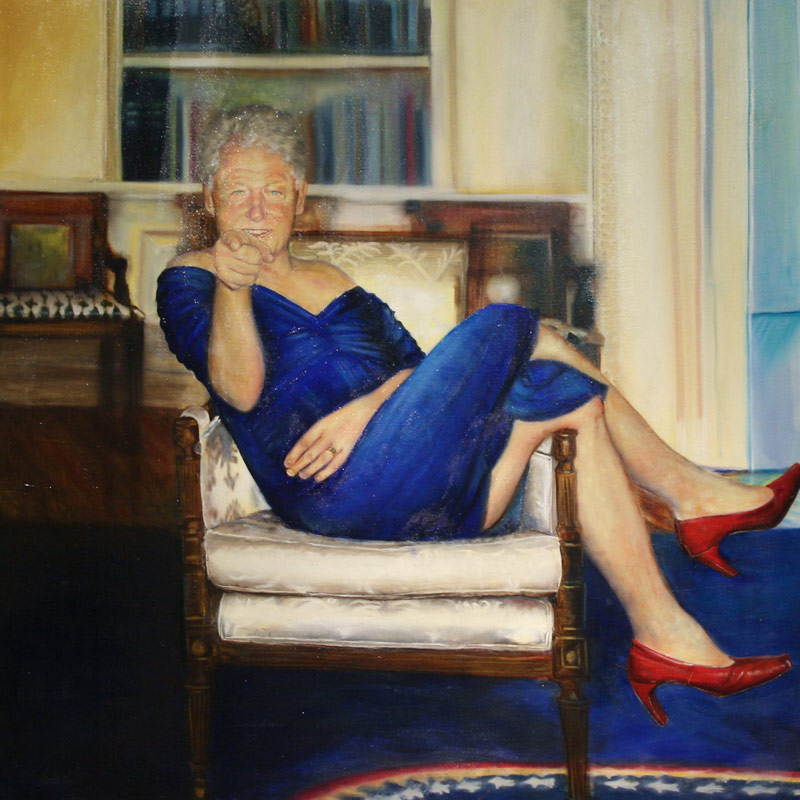 More importantly, it sure took ’em long enough to get around to searching Jeffrey’s Caribbean island—and you know, a lot of evidence can disappear down there. Must be the heat. 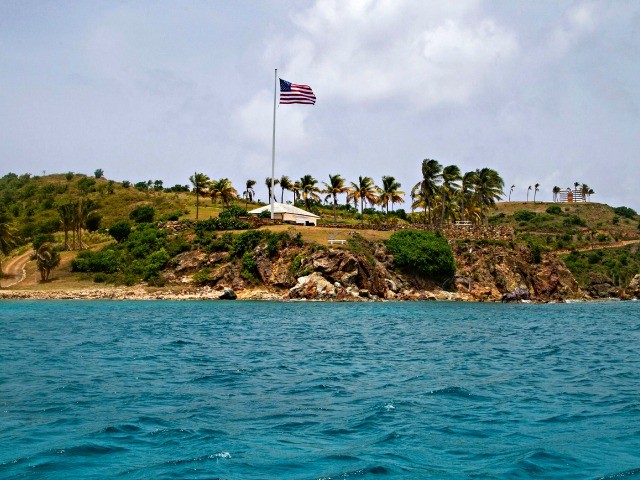 Then, a false dawn: that July 24 murder attempt on Epstein in his cell. Attempt, phooey! An attempt!

Yet still, that wasn’t enough to end the story, because it was just too good. So while Jeffrey’s death closed off some avenues, the basic fascination remained—even I’ll admit, how could it not?

Prince Andrew was most definitely an object of fascination. He was alive and well—and nobody could change that. And there were all those loose ends about Andrew’s group, Pitch@Palace, which operated in 64 countries, with lots of corporate sponsors, and lots of overlap with the Clinton Foundation.

President Clinton, right, heads out to play a round of golf with Prince Andrew, left, at the Farm Neck Golf Club in Martha’s Vineyard, August 27, 1999. (Greg Gibson/AP Photo)

Then, at last, on September 18, the Trump-and-Ukraine story blows up in the Washington Post. Within days, impeachment talk takes off, and Epstein falls out of the news. How ’bout that?

I love it when a good plan comes together. Thanks, gang!

So in the midst of this Ukraine-mania, even juicy news, such as the November 19 arrest of two New York City prison guards for supposedly not checking on Epstein, seems to have lost its sizzle. Finally, at long last, the Epstein news is a snooze. Okay, not a snooze, but nothing for me to worry about anymore.

So now, let’s get on to the plan for Hillary and the brokered convention.