A series of blue states are set to lose political power in 2020 for the 2022 midterm elections, newly released data from the Census Bureau suggests.

After years of projections that congressional reapportionment in 2020 would see red states lose political power to blue states that have been inundated with illegal and legal immigration over the last decade, analysis of Census Bureau data predicts that it is blue states that will, in fact, lose congressional seats.

Brookings Institute analysis released to Axios reveals that red or red-leaning swing states like Texas and Florida, for example, are set to gain two to three congressional seats each in the new year. Meanwhile, President Trump-supporting states such as Arizona, Montana, and North Carolina are all expected to gain at least one congressional seat each. 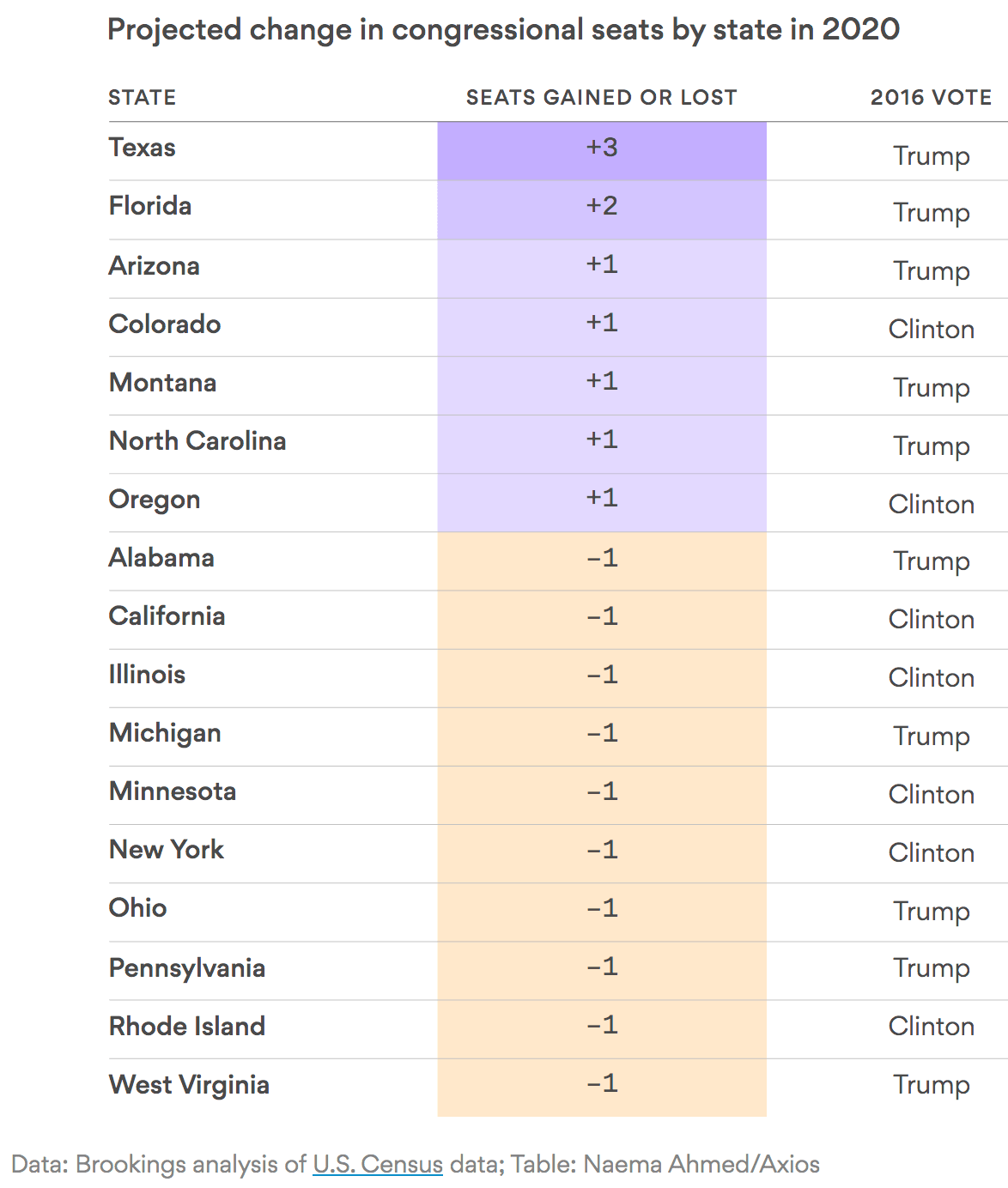 The Census analysis is a break from years of research which projected the nation’s illegal and legal immigration system, where about 1.5 million foreign nationals are admitted every year, has been helping not only deliver voters to Democrat politicians, but also provide residents to blue states to increase political dominance in Congress.

Most recently, the Center for Immigration Studies projected that new Census numbers would shift about 26 congressional seats from mostly blue states to red states in 2020. Under this analysis, California would gain 11 congressional seats, while New York would add four seats and New Jersey would add two seats — mostly all redistributed from red states with fewer foreign-born residents.

As Breitbart News has chronicled for years, the counting of only American citizens to divide up congressional districts and electoral college votes would shift power away from the affluent, metropolitan coastal cities of the U.S. and towards middle America.

The U.S. is on track to import about 15 million new foreign-born voters in the next two decades should current legal immigration levels continue. Those 15 million new foreign-born voters include about eight million who will arrive in the country through chain migration, whereby newly naturalized citizens can bring an unlimited number of foreign relatives to the country.