Counting American citizens on the 2020 Census, as President Donald Trump’s administration has announced they will do, is likely to shift power away from coastal states harboring large illegal alien populations and towards middle America.

The addition of the citizenship question to the Census does not come with the mandate that congressional apportionments for each state will be based on the number of citizens, rather than entire populations, including citizens, noncitizens, and illegal aliens.

For example, California has an estimated three million illegal aliens, a total of about 5.3 million noncitizens, and a total population of about 39.5 million residents. Currently, California has 53 congressional seats, the most in the country.

If California’s congressional districts were set by the number of citizens in the state, it would potentially lose three to five congressional seats, leaving the state with about 48 to 50 seats.

Likewise, Florida — which has a noncitizen population of about 2.2 million people — would not gain any congressional seats if only citizens were counted. Under the current standards, they are expected to gain two seats. 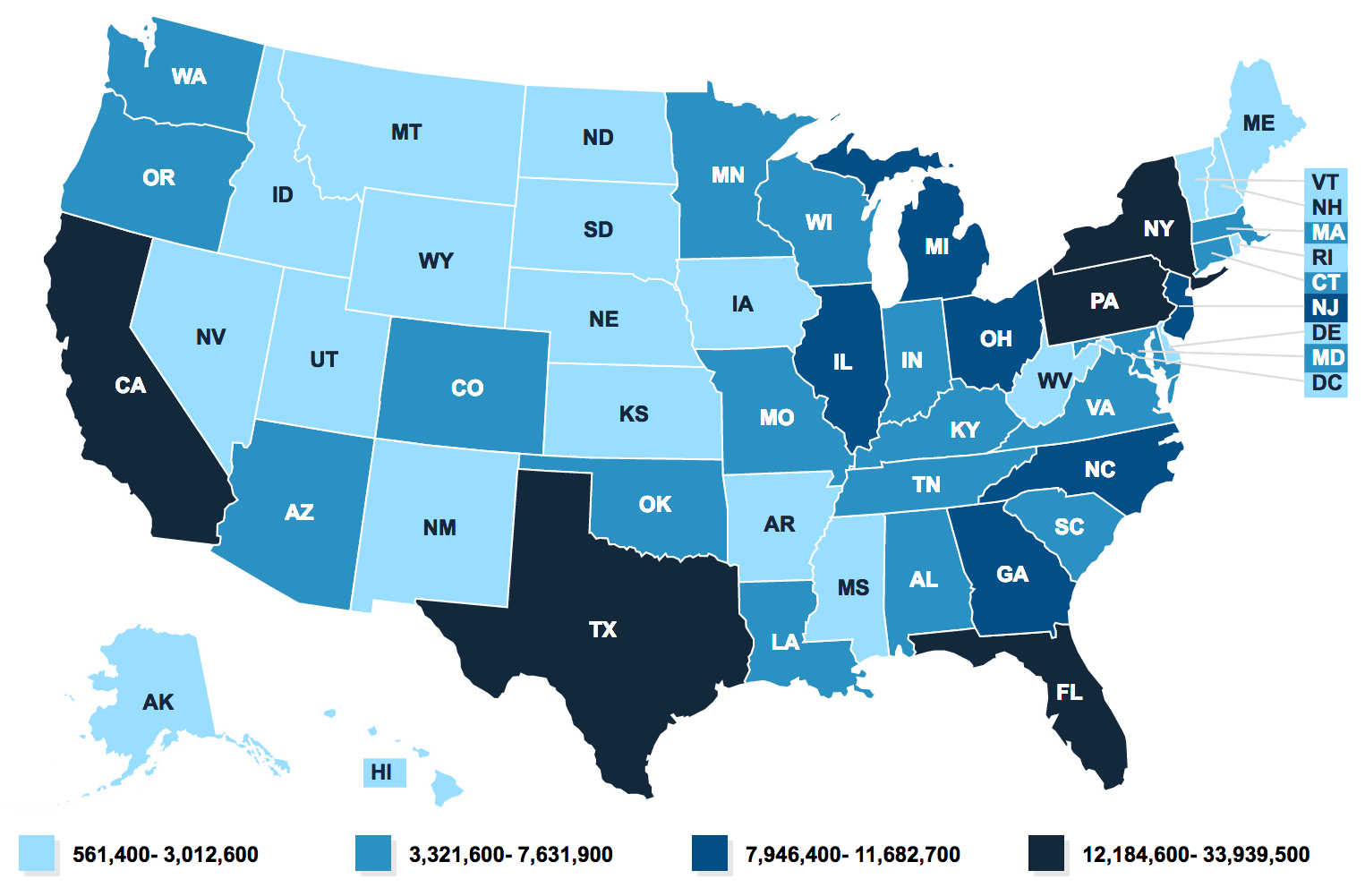 Currently, congressional districts are set by the total number of residents. Each district cannot have less than 711,000 unless they are the only district in the state, like Wyoming.

For instance, if by counting citizens, a state like Ohio with few illegal aliens, could possibly gain a congressional seat, increasing the state’s total number of representatives to 17. Current projections suggest Ohio will lose a congressional seat.

In West Virginia, which is also slated to lose a congressional seat, the state could keep their three districts if the redistricting is counted by citizens.

Indiana, as well, — with less than 180,000 noncitizen residents — would potentially increase its congressional seats from nine to ten if apportionment is based on the number of citizens in the state.

The electoral power shift away from elite coastal metropolises and towards more rural, middle American regions — should Congress choose to apportion districts based on citizens — would be one of the Trump administration’s most prominent immigration initiatives.

Such a change would stand alongside Trump’s termination of the Trans-Pacific Partnership (TPP) free trade deal, his travel ban, and his taking the U.S. out of the Paris climate accord as a landmark accomplishment of his economic nationalist agenda.