President Donald Trump on Tuesday celebrated that the top tech companies now had market caps over a trillion dollars, and noted the initials of the companies that spelled MAGA.

The president touted the success of tech companies after signing the Supporting Veterans in STEM Careers Act in the Oval Office on Tuesday.

Trump showed a sheet of paper with the MAGA letters representing the four top tech companies, joking with Fox News correspondent John Roberts that he should report that on the network. 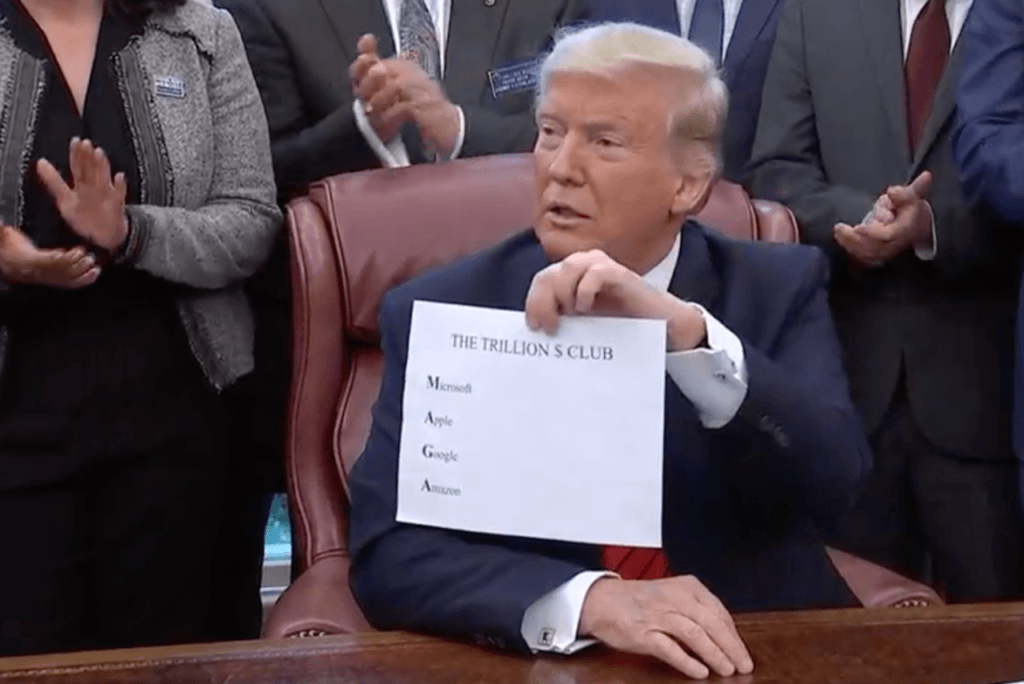 “You better report that tonight on Fox, that great Fox,” he said. “Not what it used to be John, but it’s still pretty good. Not like the old days John. They put more Democrats on Fox now than they put Republicans, but that’s ok.”

Trump boasted that the stock market had reached record highs during his presidency.

“In the United States, the market is setting a record, we set another record today, it will be the 144th time in a three year period that I’m president,” Trump said.

“That’s what it means to me,” he said. “To other people, it means other things, but it means we have a great economy.”