President Donald Trump on Sunday criticized Fox News on Twitter, including former House Speaker Paul Ryan, who now sits on the board of Fox Corp.

“Fox keeps on plugging to try and become politically correct,” Trump wrote on Twitter. “They put RINO Paul Ryan on their Board. They hire “debate questions to Crooked Hillary fraud Donna Brazile (and others who are even worse),” he continued.

Ryan was appointed to the Fox Corp. board of directors in March after retiring from Congress, and according to some reports, is pushing Fox News to pivot from President Trump. In 2019, Ryan rented a home in the Washington, DC, area, and launched a nonprofit organization called The American Idea Foundation.

“Fox News just doesn’t get what’s happening!” Trump wrote. “They are being fed Democrat talking points, and they play them without hesitation or research.”

“Chris Wallace is nastier to Republicans than even Deface the Nation or Sleepy Eyes,” he said, referring to his favorite nickname for NBC’s Chuck Todd.

Trump noted that, thanks to him, Fox News has record ratings but that conservatives are eager for something better.

“The people who are watching Fox News in record numbers (thank you President Trump), are angry,” he wrote. “They want an alternative now. So do I!” 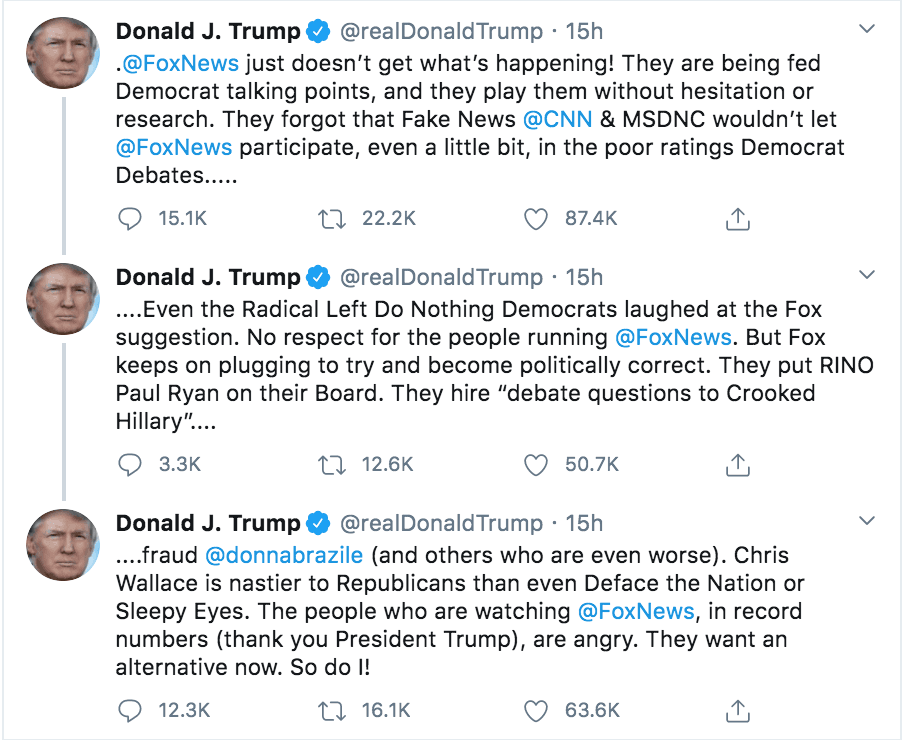