The majority of Americans do not support providing taxpayer-funded federal relief to illegal aliens during the Chinese coronavirus crisis, a new survey reveals.

The latest Pew Research Center survey finds that Americans, by a majority, do not support giving taxpayer-funded coronavirus relief to illegal aliens.

In total, only about 37 percent of Americans, or less than 3-in-8, support providing illegal aliens with stimulus checks. The survey showed that no age group, by a majority, supports coronavirus relief for illegal aliens. Likewise, only 33 percent of men and 41 percent of women support such a policy. 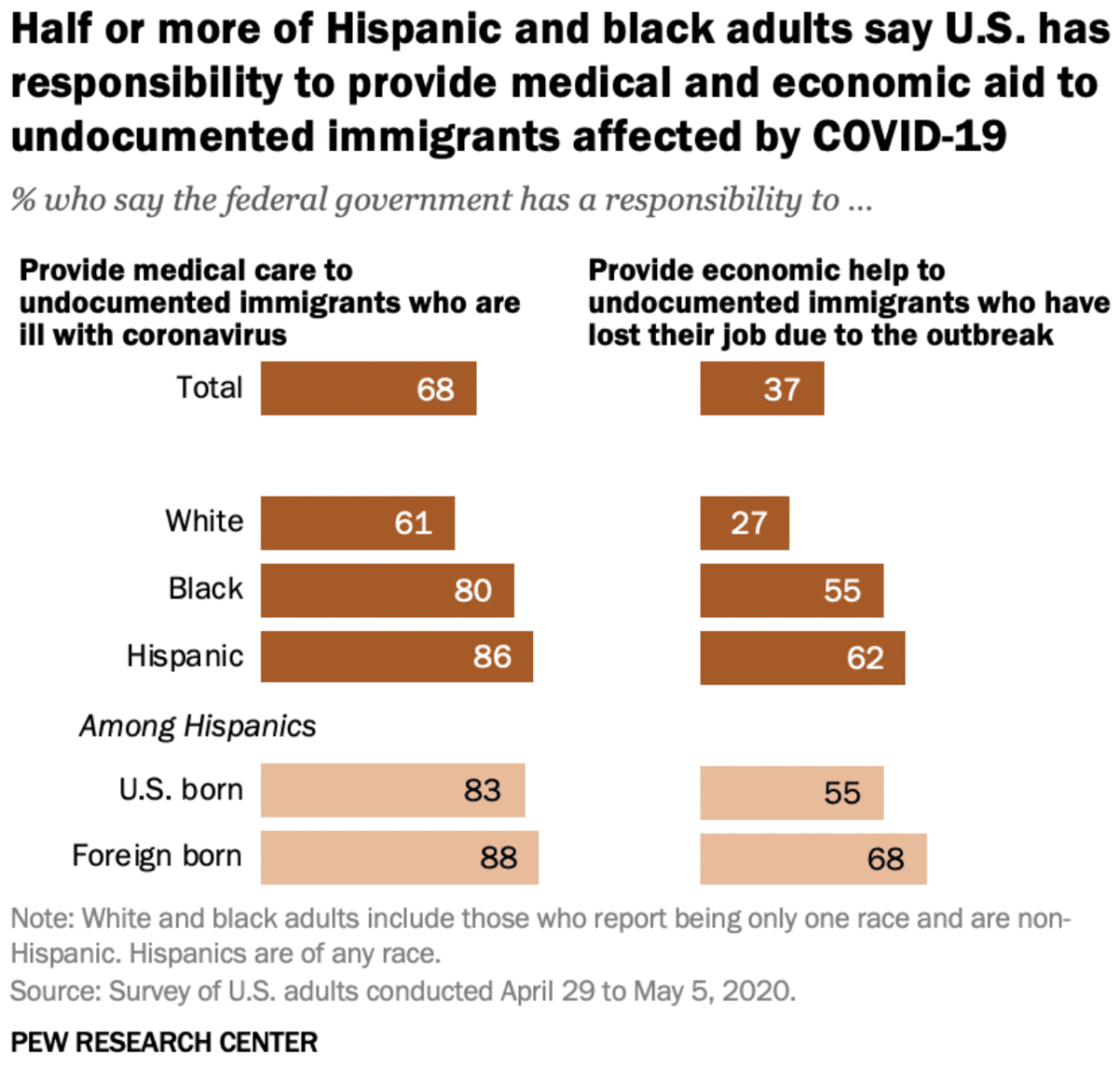 A wide margin of support for coronavirus relief for illegal aliens differs on whether an American was born in the U.S. or in a foreign country. For instance, about 55 percent of native-born Americans said they support stimulus checks for illegal aliens. Foreign-born, naturalized Americans supported the policy by 68 percent, a 13-point margin.

Recent surveys find overwhelming support for a pause to all immigration.