A township in Michigan voted on Tuesday to keep a statue depicting Civil War soldiers, and a leftist group is warning the issue isn’t over.

The Allendale Township met to decide the fate of the monument and took feedback from attendees.

“We all know. You know — everybody on this board knows, I know, everybody here knows. It’s not a matter of if that statue’s coming down it’s when it’s coming down. We know it’s coming down,” Michigan Association of Civil Rights Activists leader Mitch Kahle said.

He said it would be “the right thing, the moral, ethical thing” to tear it down.

“We’re here just to say to you it’s not a matter of if, but when it’s coming down. And if you want to keep repeating these meetings over and over and you want to have more and more protests with larger and larger crowds of people right here in your little town, then vote to keep it up,” he warned.

That’s exactly what the board did. 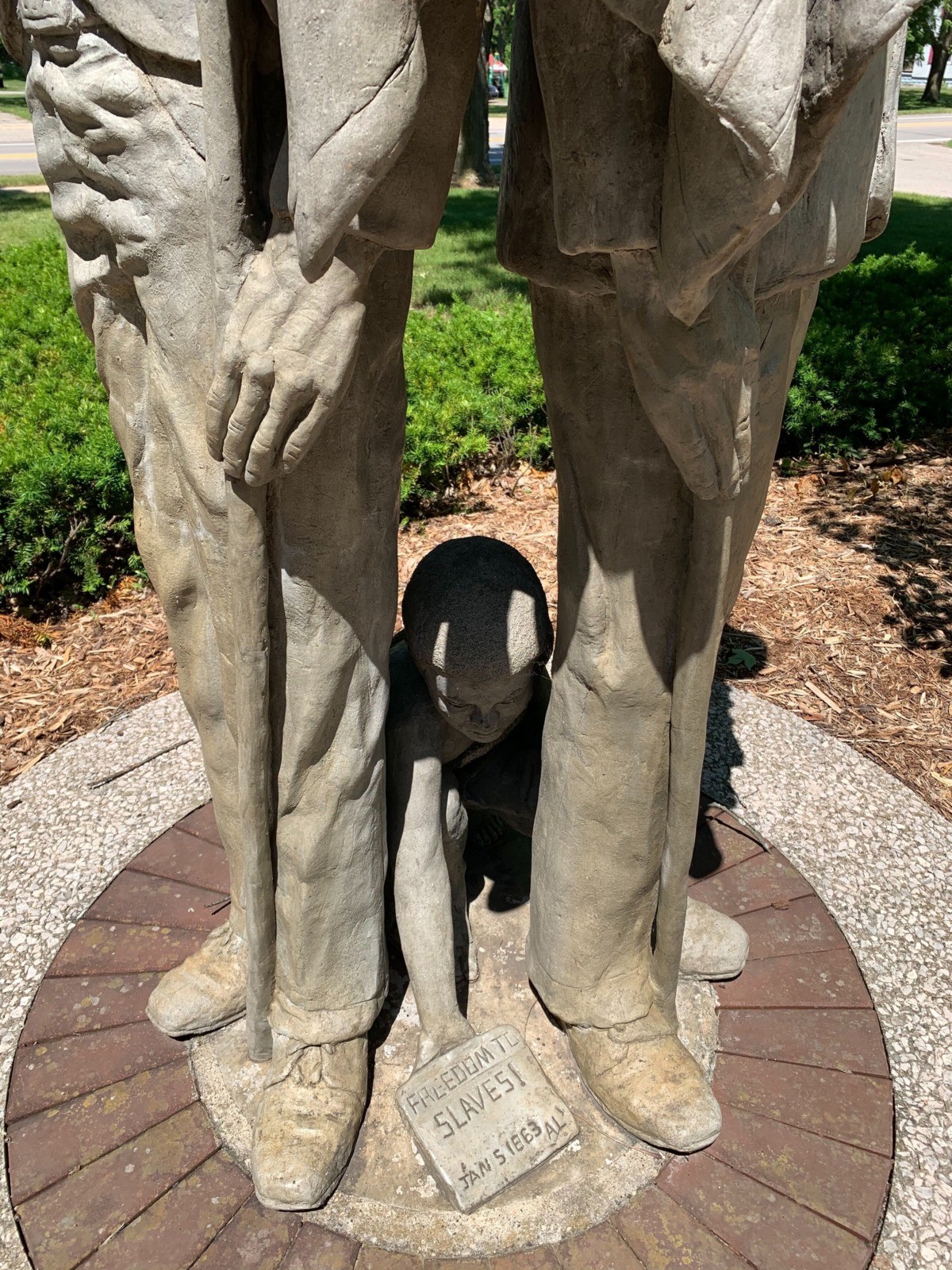 “It’s not over,” Kahle told his supporters after the defeat, WOOD TV reported.

“I know the artist and the statue was done with all good intentions and she is shocked that this is going on and she had intentions only to represent every war that we been in, to me the little boy sitting down there represents hope,” Knight added.

Township Supervisor Adam Elenbaas told Breitbart News, “A couple weeks ago part of the statue was spray painted and someone hit the statue with a hammer. The graffiti was cleaned off.”

Photos taken during a Monday visit show the damage: 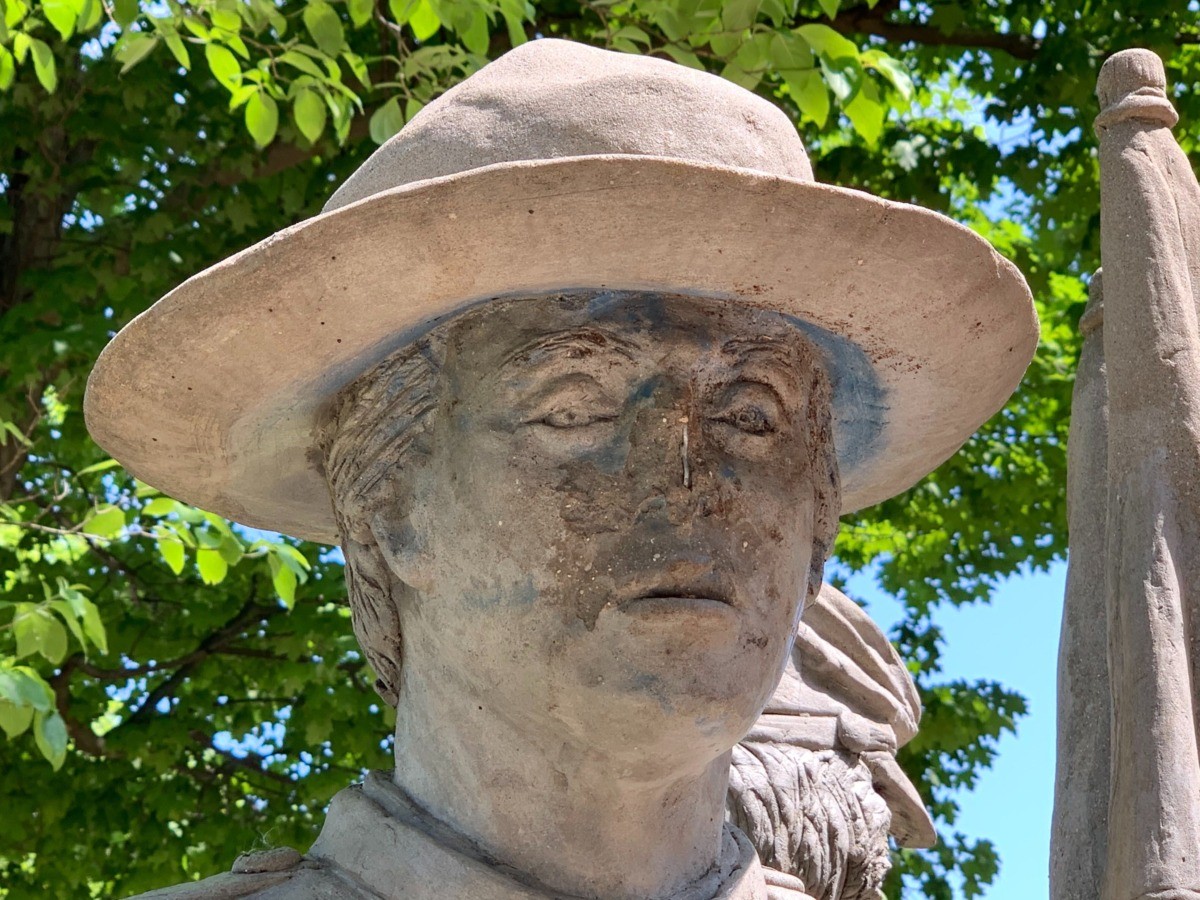 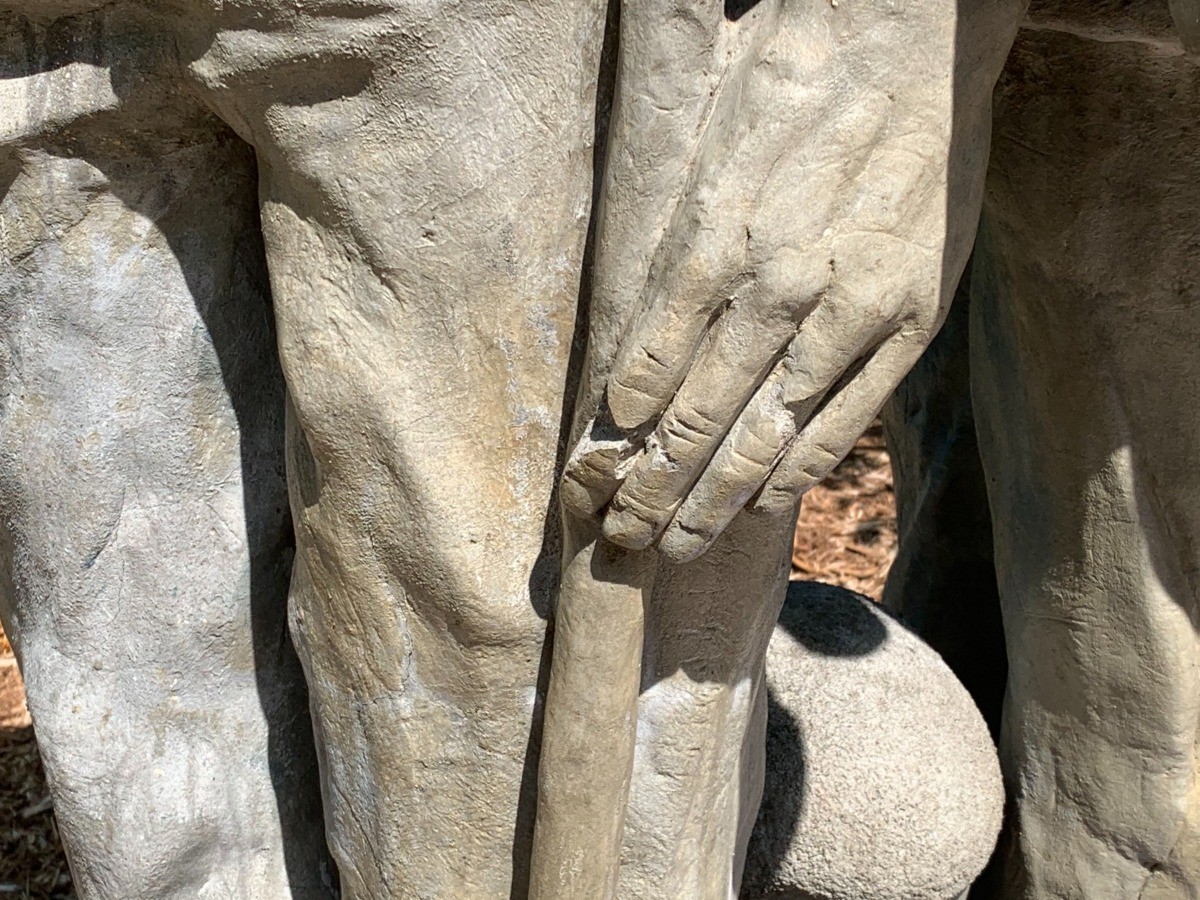 Breitbart News previously reported that Kahle moved to the area in 2014 from Hawaii and has cornered the market on attempting to remove God and classic American values from the public square in the conservative region.