Former FBI lawyer Kevin Clinesmith, who plans to plead guilty for falsifying documents in the investigation of President Donald Trump’s campaign, was found to have sent several anti-Trump texts after Trump was elected.

“Viva le resistance,” he texted an FBI colleague in November 2016 after Trump won when he was asked if he would serve in the Trump administration.

Clinesmith’s texts and the decision to alter the email were featured in the report issued by the Department of Justice Inspector General Michael Horowitz.

The New York Times confirmed that Clinesmith was “FBI Attorney 2” in the Horowitz report.

In his texts, Clinesmith also expressed disappointment after the election that “the crazies won finally” and that the Trump administration would be “the tea party on steroids.”

“The GOP is going to be lost, they have to deal with an incumbent in 4 years,” he wrote. “We have to fight this again. Also Pence is stupid.”

From the Horowitz report: 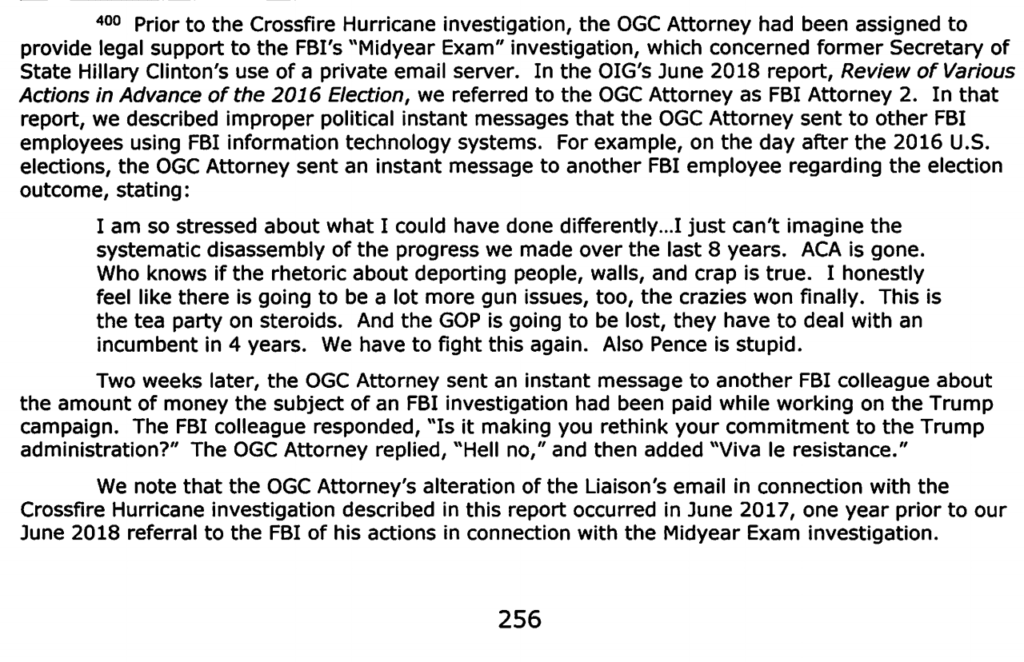 “I am so stressed about what I could have done differently,” he wrote.

Clinesmith also wrote that he feared Trump’s “systematic disassembly of the progress we made over the last 8 years,” including Obamacare.

He argued to the Inspector General that his texts were personal “commentary” and did not affect his professional work on the investigations.