Joe Biden visited the Little Haiti Cultural Center in Miami on Monday and told a group of young girls he wanted to see them dance “when they’re four years older.”

Joe Biden made several stops in Florida on Monday as polls show Donald Trump more favorable among Hispanic voters this year than he was in 2016, the Miami Herald reported.

During Biden’s visit to the community center, a group of traditional Haitian dancers, who appeared to be of various ages, gave a performance.

The video did not show the girls he was addressing, but this photo shows children among the group: 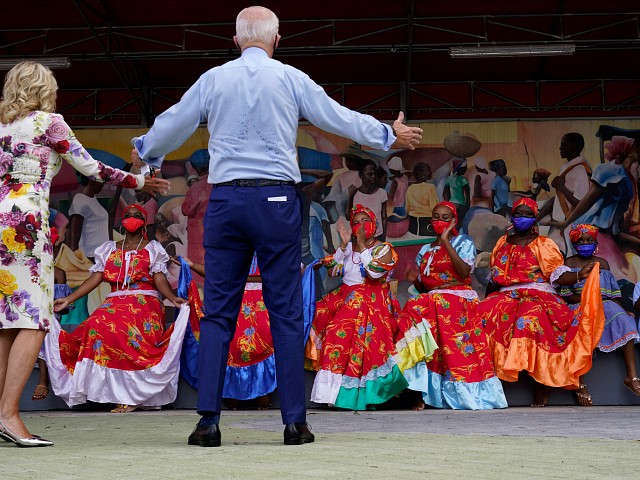 That came on the heels of saying he wanted Haitian voters to deliver a “coup de grâce” to Trump in the election:

“Wouldn’t it be an irony — the irony of all ironies — if, on Election Eve, it turned out that Haitians deliver the coup de grâce in this election?” Biden said.

The phrase means “a death blow or death shot administered to end the suffering of one mortally wounded,” according to the Merriam-Webster Dictionary, Breitbart News reported. It also means “a decisive finishing blow, act, or event.”