The following article is Sponsored by The Centennial Institute at Colorado Christian University.

Is there hope for America?

The new film America! America! God Shed His Grace on Thee brings audiences to their feet, even in liberal California.

America! America! God Shed His Grace on Thee explores how Scripture and Judeo-Christian values were critical to the formation of the United States of America—and how that influence has been steadily eroded in the public square over the centuries.

“While elections are certainly important, what our nation really needs is to return to its biblical founding,” said Jeff Hunt, director of the Centennial Institute, chairman of the Western Conservative Summit, and executive producer of the film. 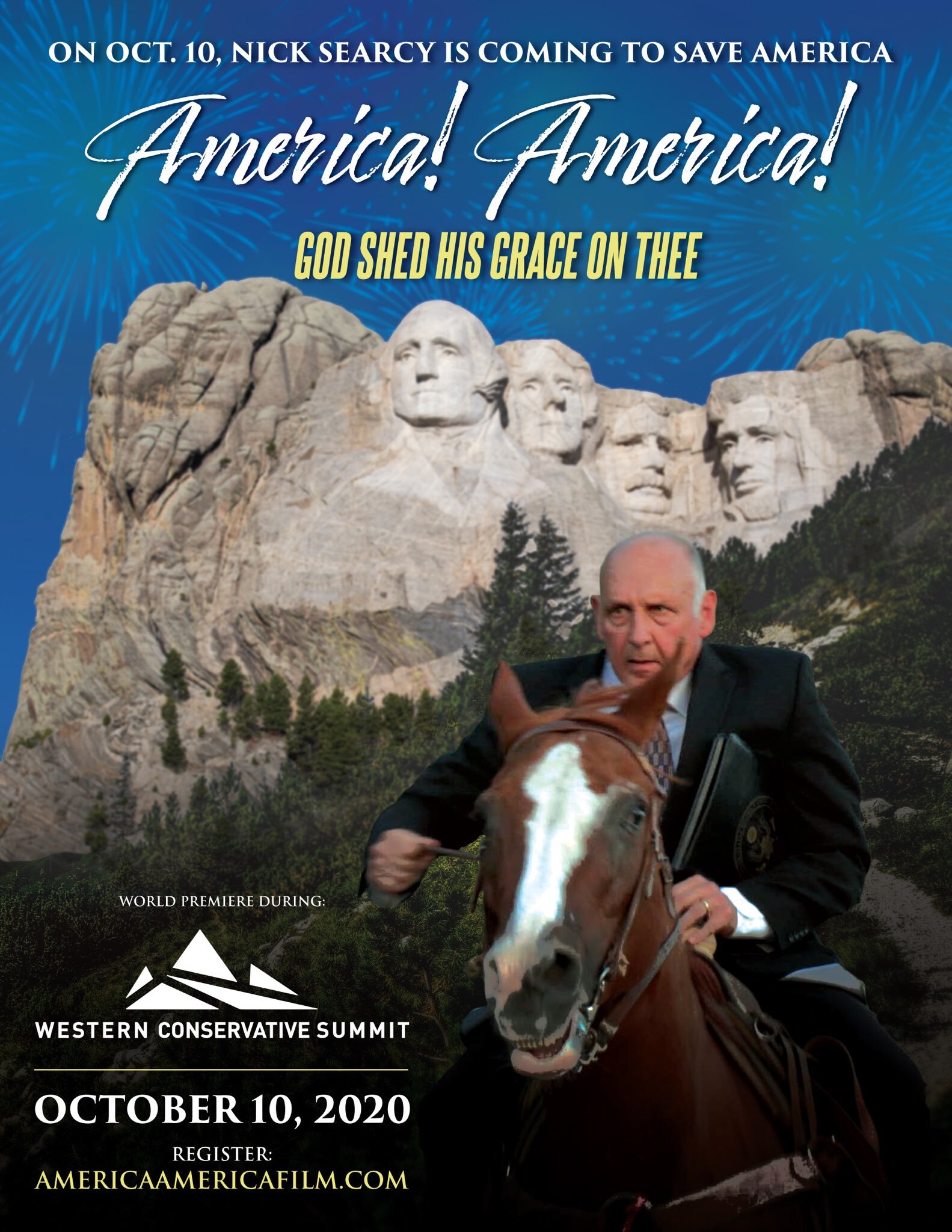 The film received two standing ovations at its private screening on Saturday, October 3, at Godspeak Calvary Chapel in Thousand Oaks, California, led by Senior Pastor Rob McCoy, who has come under fire for refusing to close his church’s doors while marijuana and liquor stores are permitted to remain open.

America! America! God Shed His Grace on Thee is directed by Christopher Burgard and produced by Nick Searcy. Burgard is an actor, award-winning producer, and co-founder of Little Bonanza Productions, LLC, who, along with his wife, Lisa, created and directed the documentary Border: The Divide Between the American Dream and the American Nightmare (2007). Searcy is an award-winning actor and director who played Chief Deputy Art Mullen on FX’s hit television series “Justified” (2010-2015) and directed the feature film Gosnell: The Trial of America’s Biggest Serial Killer (2018).

“This documentary is about America’s relationship with God—how it started, how it has changed since our founding, and how that relationship will carry us into the future,” Searcy said.

In an exclusive interview with Fox News on September 2, Searcy described the opposition the documentary received even before its release. When the trailer was advertised on YouTube, it was flagged as inappropriate.

“Basically, the only thing we could possibly figure out that might have been sensitive or graphic is, there are about four seconds of actual riots that are happening in America — and the rest of the time it’s just people talking about the Bible,” Searcy said. “So I don’t know which of those two things they found so offensive but it was one of the two. It couldn’t have been anything else.”

The hour-long documentary makes a compelling case for why America must return to Scripture and its founding documents, using engaging cinematography and interviews with prominent conservative authors, political leaders, and commentators. Senator Ted Cruz, Dennis Prager, Brigitte Gabriel, Ben Shapiro, Alveda King, Andrew Young, and Secretary of Housing and Urban Development Ben Carson are among those featured, and the late Herman Cain’s final interview is also included in the documentary.

“I have never felt a greater need and hunger for God among our people as I did as we traveled around the country making this picture,” Burgard said. “You can’t separate Liberty from God. Riots, pandemic, unrest — there is an awakening happening, a revival, and it is growing.”

America, America! God Shed His Grace on Thee will debut at the Western Conservative Summit, the largest annual gathering of conservatives west of the Mississippi River,

on Saturday, October 10. For more than 10 years, thousands of attendees from across the country have met in Denver, Colorado, to hear from speakers, attend workshops, interact with dozens of exhibitors, and rally for the issues important to conservatism: faith, family and freedom.

This year, the Summit will be hosted virtually and free of charge due to ongoing Covid-19 concerns. Following the documentary showing, attendees will be invited to participate in digital workshops via Zoom to go more in-depth on today’s most pressing issues with experts from some of the most influential conservative organizations in America.

“America! America! God Shed His Grace on Thee demonstrates how Scripture has shaped our nation and the problems that have resulted from our moving away from it,” Hunt said. “If we want to get our nation back on track, then we need to return to the Bible.”