The Second Amendment is more important now than ever before, but the far Left wants to take it away. @RepThomasMassie and I are fighting back.

We just launched the Second Amendment Caucus, which we will be Co-Chairing, to fight for your Constitutional rights. #2A pic.twitter.com/7KaYWS5wZ4

Boebert was sworn into office Sunday and she put out a press released which KKTV quoted:

I am proud to take the oath of office to represent and serve the great people of Colorado’s Third Congressional District. Since the election, my team and I have assembled a powerhouse staff, established offices throughout the District, and positioned my office to hit the ground running on day one. I am going to work extremely hard to get the job done in a way that makes everyone proud in rural Colorado of their new Representative and more importantly, delivers results. Let’s get to work.

On December 23, 2020, Breitbart News had an exclusive interview with Boebert in which she pledged to “carry a firearm each day in D.C.”

She said, “I’ve already gone through the concealed carry firearm courses to obtain a Washington, DC, permit,” explaining that she, as a representative, will not be driven from her residence to the capitol “in an armored vehicle.” Rather, her safety will be in her own hands. 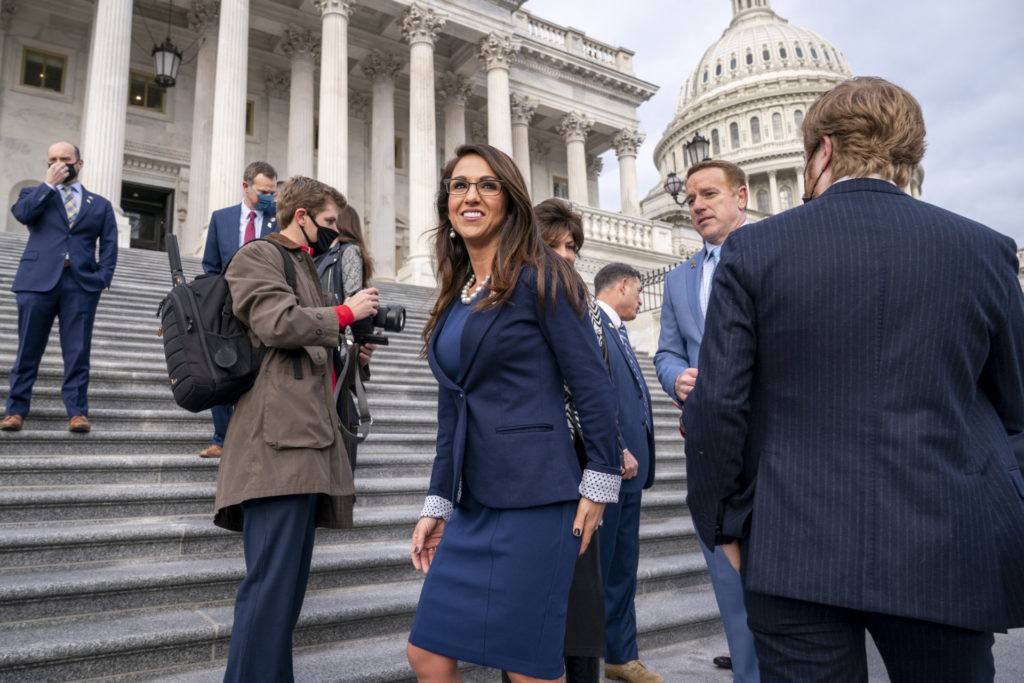 Boebert added, “Washington, DC, like most Democrat-run cities, has a violent crime problem, so I certainly need a way to protect myself and I will be carrying each and every day.”