Davis was convicted and sentenced to death in 1972 on two counts of first degree murder. He wasn’t present at either of the Manson Family’s most notorious crimes, the Tate and LaBianci home invasion and slayings, but he did murder and torture Gary Hinman and murder Donald Shea. 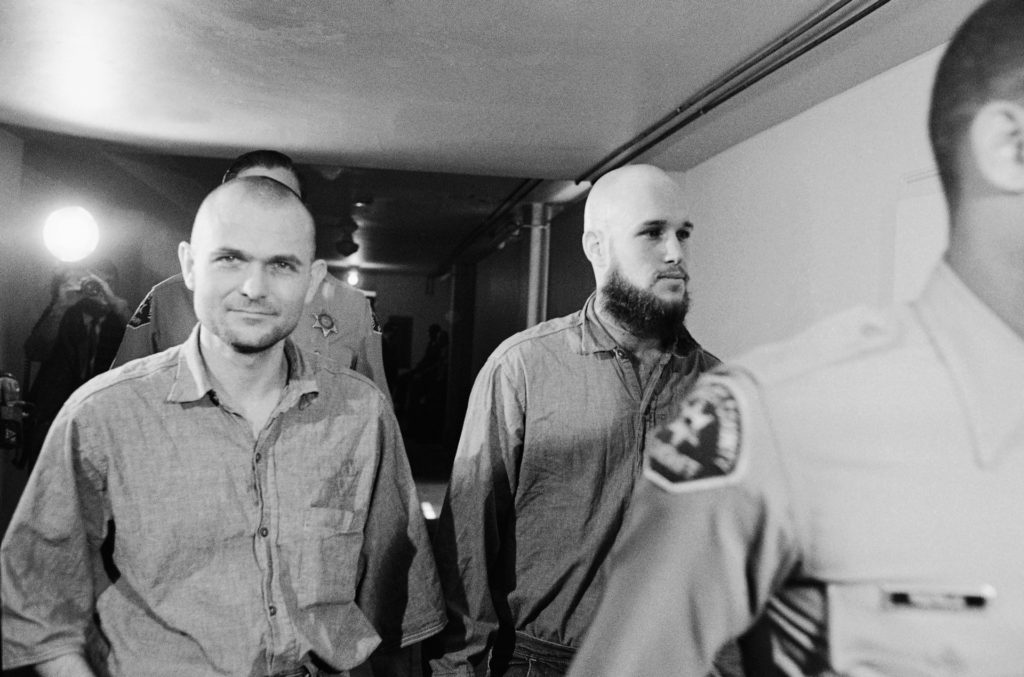 Davis, who turns 79 this year, escaped the death penalty when the Supreme Court overturned all death penalty cases in 1972. His sentence then reverted to life in prison, and in 2010 he was deemed suitable for parole. Until this year, the district attorney has always stood with the families of Davis’s victims to ensure he was not paroled. Thanks to the lunacy of social justice, those days are now over…

Whenever the notorious killer Charles Manson or one of his convicted followers would come up for parole over the last 40 years, a Los Angeles County prosecutor joined victims’ family members at a California state prison to argue against the release.

But when Kay Martley joined a California Board of Parole Hearings video conference to consider parole for convicted Manson “family” killer Bruce Davis earlier this month, she was stunned to learn she would be making the case on behalf of her murdered relative alone.

The absence of a prosecutor was no oversight. It was the result of a policy shift ordered by newly elected Los Angeles County District Attorney George Gascón, who campaigned on promises to reduce the number of people in prison.

You know, I’m all in favor of criminal justice reform. We have way too many people in prison and keep them there far too long. One-size-fits-all policies like three-strikes-and-you’re-out are un-American. We need to be judged and sentenced as individuals. Anything less violates the Constitution.

Where I draw the line, however, is violence. And when it comes to sentencing and parole, I don’t believe in rehabilitation. Yes, we should do everything in our power to help convicts who want to help themselves, to give them another chance after their release, but that should have no bearing on sentencing. You must pay for your crime. The sentence must be based only on justice, not on how “rehabilitated” the criminal is or isn’t.

People who commit pre-mediated murder with a side order of torture should face the death penalty. At the very least, they should never be allowed out of prison. How hard is that?

The reason the Manson Family still terrifies us is not just the brutality of their crimes, it’s the fact that there was no real motive for the crimes other than to torture and murder innocent people. Manson himself had some lunatic motive about starting a race war, but his followers (who did the actual killings) were just thrill killers, monsters who committed what is still one of the most heinous series of murders we have ever seen.

The threat of release of Manson Family members isn’t only true regarding Davis. Tex Watson is up again for parole this year. Patricia Krenwinkel goes before the parole board again next year. Leslie Van Houten will soon be up for her fifth shot at parole. Bobby Beausoleil has already received five parole recommendations. But the DA isn’t going to fight it.

Can you imagine what the victims’ families are going through having to attend all these parole hearings, how hard it must be for them emotionally, not to mention the disruption to their lives, especially as they enter their late-70s and 80s…  And now the district attorney, who is supposed to represent The People in the criminal justice system, has left them to languish, left them on their own, and to worry that if the slayer of their loved one outlives them, he or she will be set free.

You get what you vote for.