Sales of Dr. Seuss children’s books continue booming a day after the left tried to “cancel” the author’s works on his birthday.

Dr. Seuss’s books were among the leading 42 titles on the top 50 list of Amazon’s “movers and shakers” on Wednesday morning after the ban was announced. 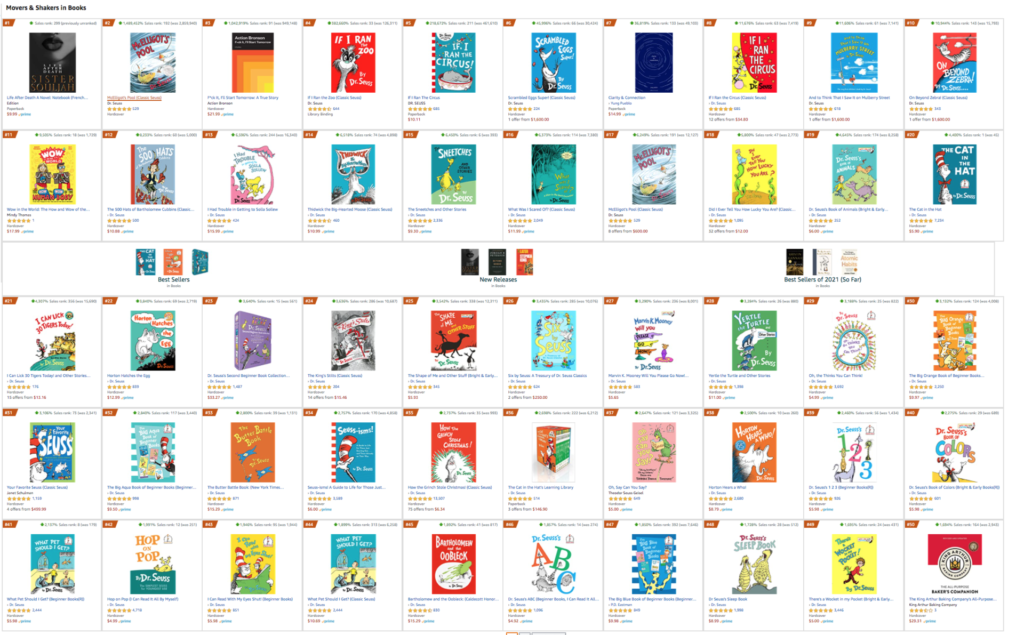 In response to protests from the left, Dr. Seuss Enterprises announced that the books McElligot’s Pool, On Beyond Zebra!, Scrambled Eggs Super!, And to Think That I Saw It on Mulberry Street, If I Ran the Zoo and The Cat’s Quizzer would no longer be published.

“These books portray people in ways that are hurtful and wrong,” Dr. Seuss Enterprises told The Associated Press in a statement.

The controversy was additionally fueled by President Joe Biden’s administration eliminating any mention of Dr. Seuss in a statement celebrating National Reading Day, a day created to honor the author’s birthday.

Fans of the author rushed to purchase not only the banned books online but other copies of the beloved author’s works.

On Wednesday, the banned title McElligot’s Pool sat in the number two slot of the Amazon list with a sales ranking jump of 1,489,452 percent. 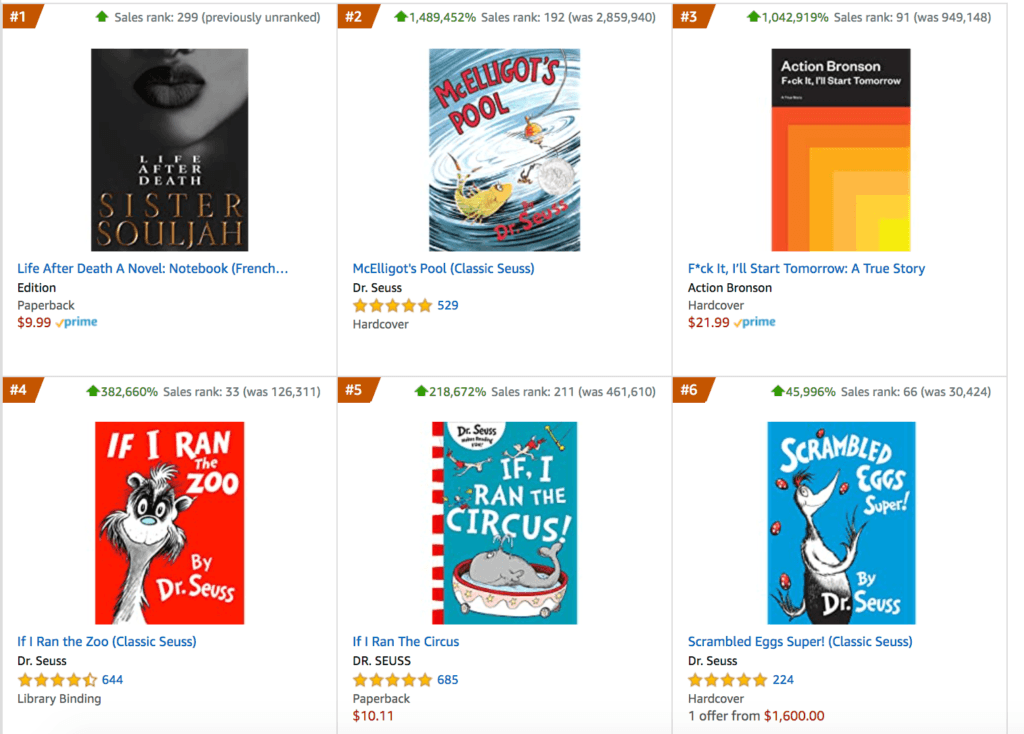 Other more popular titles hitting the charts were The Cat in the Hat, How the Grinch Stole Christmas, Horton Hears a Who, Hop on Pop, and There’s a Wocket in my Pocket.