The New Daily reports three individuals were shot around 5 p.m. Saturday “at the intersection of 7th Avenue and 44th Street.”

Two women and a four-year-old girl were injured.

NYPD released video of a suspect wanted in connection with the shooting:

WANTED in connection to shooting three people near West 44th Street and 7th Avenue in Manhattan on May 8, 2021. @NYPDDetectives need anyone with information about the identity or whereabouts of this individual to contact @NYPDTips at #800577TIPS. All calls are anonymous. pic.twitter.com/qciBGCR6AK

The Mail pointed out “shooting incidents in New York City are up 83 percent from last year, and 94 percent from 2019.”

New York adopted a large number of gun controls in 2013 under the auspices of the SAFE Act. Those controls include universal background checks, a ban on “high capacity” magazines, an “assault weapons” ban, firearm registration requirements, and ammunition registration. 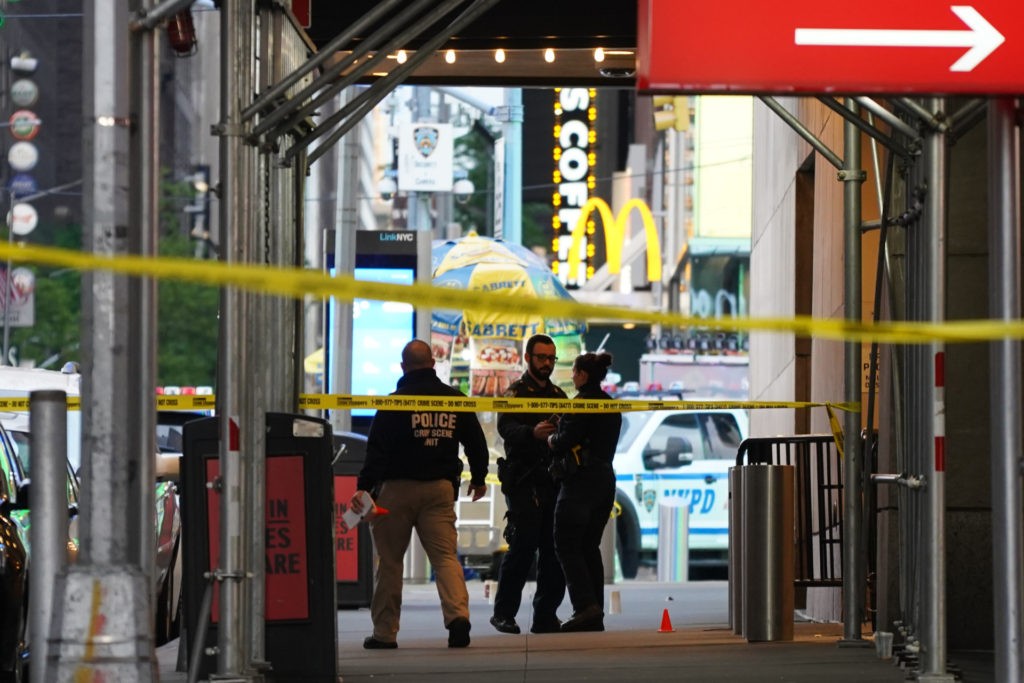 Police officers are seen next to marked shell casings from a gun in Times Square on May 8, 2021 in New York City. According to reports, three people, including a toddler, were injured in a shooting near West 44th St. and 7th Ave. (David Dee Delgado/Getty Images)