Roughly 200 Afghan interpreters, who worked with the United States Armed Forces in the Afghanistan War, and their family members touched down in Virginia on Friday as part of a plan approved by Democrat and Republican lawmakers.

The arrival of the couple hundred Afghan interpreters is only the first group of Afghan nationals who are set to arrive in the U.S. as a result of legislation that was approved by the Senate 96-0 and approved by the House with only 16 Republicans opposing the plan.

According to the Washington Post, the Afghan interpreters and their families are first arriving in Fort Lee in Prince George County, Virginia before being resettled permanently across the U.S. 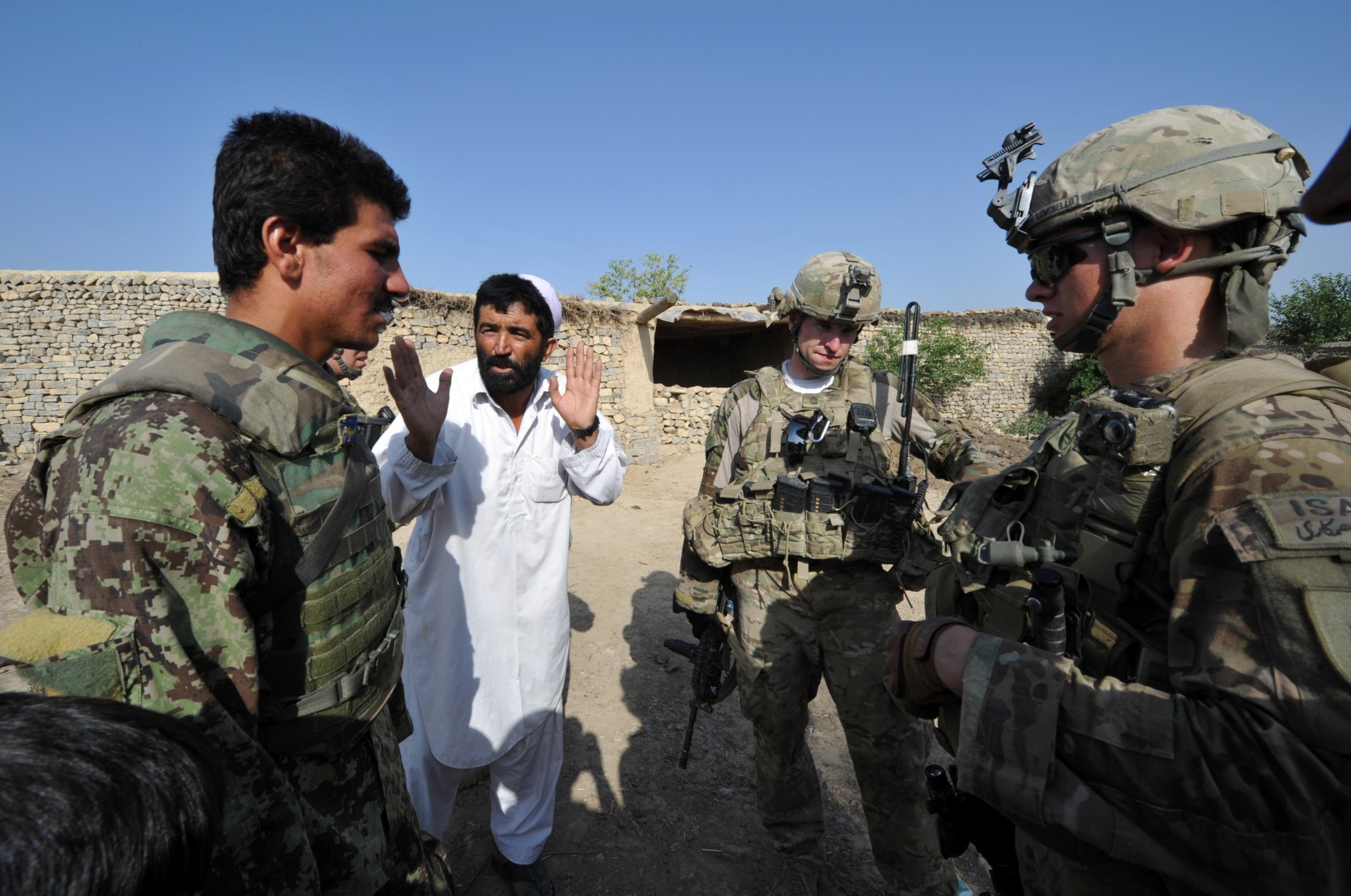 An Afghan soldier (L) serves an interpreter as a civilian talks to US soldiers from Viper Company (Bravo), 1-26 Infantry during a patrol at a village near Combat Outpost (COP) Sabari in Khost province in eastern Afghanistan (TED ALJIBE/AFP via Getty Images)

“Today is an important milestone as we continue to fulfill our promise to the thousands of Afghan nationals who served shoulder-to-shoulder with American troops and diplomats over the last 20 years in Afghanistan,” President Joe Biden said in a statement.

So far, about 20,000 Afghan interpreters have applied to secure visas to enter the U.S. through the Special Immigration Visa (SIV) program that Congress expanded. Including their relatives, the number of Afghans who have applied for SIVs “could be as high as 100,000,” a source told the Post — more than the 74,000 Afghans that have been resettled via the SIV program since its inception in 2008.

“I am profoundly honored to welcome to the United States the first group of Afghan nationals who so admirably helped support the U.S. mission in Afghanistan,” Department of Homeland Security (DHS) Secretary Alejandro Mayorkas said in a statement.

Earlier in the month, House Democrats and Republicans passed legislation that allows Afghans seeking SIVs to bypass standard medical exam requirements before they arrive in the U.S. Only 46 House Republicans opposed the plan.

Instead, Afghans can get medical exams after they land in the U.S.

“While the United States does indeed owe a debt of thanks and a helping hand in relocation of legitimate SIV applicants, past history shows that the program is also susceptible to penetration by enemies of the United States,” the Center for Immigration Studies’ Dan Cadman wrote in an analysis of the plan. “Any legislation designed to facilitate granting of SIVs must be phrased in ways cognizant of the potentials for fraud and abuse, not to mention admission of enemy combatants and terrorists.”