Reaction to the National Institute of Allergy and Infectious Diseases (NIAID), led by Dr. Anthony Fauci, giving a university a taxpayer-funded grant to conduct experiments using beagles has been vicious, with the People for the Ethical Treatment of Animals (PETA) leading the response.

That activist organization told Breitbart News that Francis Collins, director of the National Institutes of Health, which oversees NIAID, should be fired from her post. 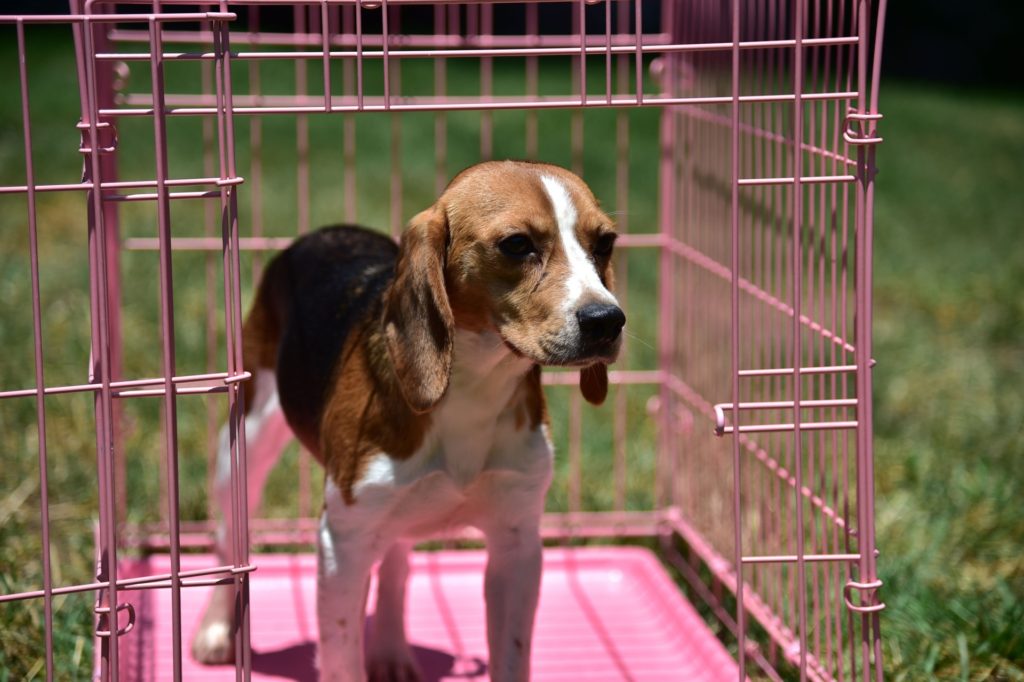 A former laboratory research beagle hesitates before stepping out of his cage to walk on grass for the first time, at a residential home in Los Angeles, California shortly dogs were released from a testing laboratory where they had been used as research animals. (ROBYN BECK/AFP via Getty Images)

“The deadly experiments on dogs are proof that Fauci’s boss is stuck in the failed science of yesteryear,” Guillermo continued. “He is spending billions of dollars on studies that include infecting and cutting up dogs, frightening monkeys, and addicting mice to cocaine that don’t lead to cures or vaccines while humans die from Alzheimer’s, HIV, cancer, multiple sclerosis, ALS, and other deadly ailments.”

“PETA has a roadmap, designed by scientists, that shows how today’s state-of-the-art research methodologies, like organs-on-chips, micro brains in a petri dish, super computers and more can save money, save lives, and modernize medicine,” Guillermo said.

The White Coat Waste Project (WCW) uncovered the story and the Daily Caller reported on it:

NIAID directed $424,455 to researchers at the University of Georgia in September 2020 to infect dozens of beagles with disease-causing parasites in order to test an experimental drug on them, according to documents obtained by White Coat Waste Project (WCW) and reviewed by the Daily Caller. According to an NIAID task order form released via a Freedom Of Information Act request, the 28 beagles were to be allowed to develop infections for three months before being euthanized for blood collection.

The dog experiments are set to be completed by January 2022, however, the task order states that the beagles are to be euthanized 196 days after the start of the study. According to emails obtained by WCW, the study began on Nov. 12, 2020.

The dogs were to be infected with flies that carry a disease-causing parasite that can affect humans. Dr. Anthony Fauci, NIAID and the National Institutes of Health as a whole have been under intense scrutiny in recent months over what types of animal testing should be funded with taxpayer grants in light of questions about gain of function experimentation at the Wuhan Institute of Virology.

“It’s not just Wuhan,” WCW Vice President of Advocacy and Public Policy Justin Goodman told the Daily Caller. “Fauci’s budget has ballooned to over $6 billion in taxpayer funding annually, at least half of which is being wasted on more questionable animal experimentation like these deadly and unnecessary beagle tests and other maximum pain experiments.”

“Fauci needs to be held accountable for this staggering waste and abuse overseas and right here at home,” Goodman said. “Taxpayers shouldn’t be forced to pay.” 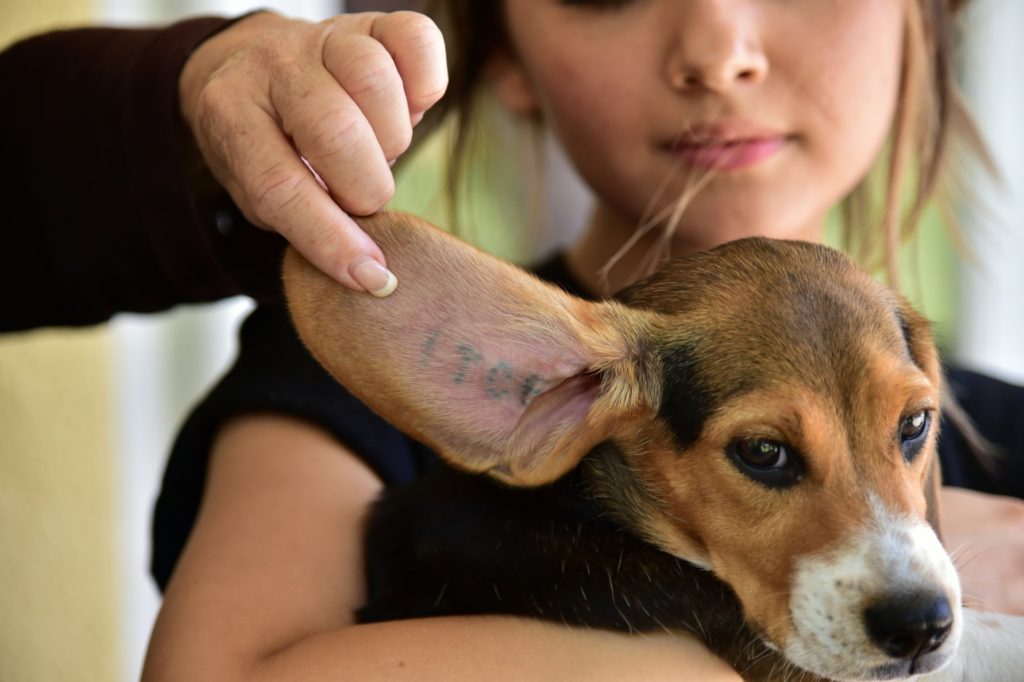 A volunteer displays an identification tattoo inside the ear of a former laboratory research beagle shortly after the dog’s release, at a residential home in Los Angeles, California. The beagles, who up until now had only known a life in cages, were given their first chance to walk and play on grass before being adopted by pre-screened families who will give them a new life as a family pet. (ROBYN BECK/AFP via Getty Images) 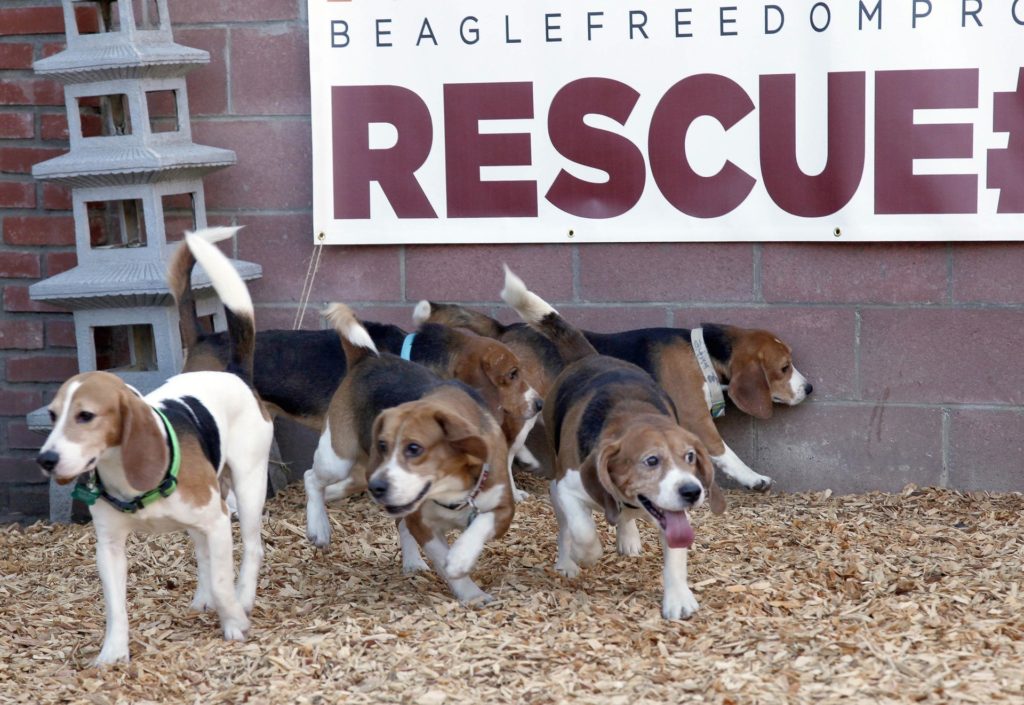 Some recently rescued beagles play at the Beagle Freedom Project facility in Los Angeles. The beagles were released last week after years as laboratory experiments and traveled 1,500-miles to California. The animals will eventually be put up for adoption.(AP Photo/Nick Ut)

The WCW found reports that said dogs taking part in the experiments were “vocalizing in pain” after being injected with foreign substances.

Lawmakers in Washington, DC, have recently called on increased transparency on the Food and Drug Administration’s (FDA) animal testing after the same watchdog group found that around 20,000 dogs a year were used in agency experiments.

According to media reports, using dogs for research and experiments is commonplace in the science community.