It appears that New York Gov. Andrew Cuomo’s resignation will not be enough for citizens of his state, a majority of whom want him to face criminal charges after an investigation found he sexually harassed multiple women.

According to a new poll from Data for Progress, 52 percent of New York voters want soon-to-be-former Gov. Cuomo to face criminal charges for his alleged abuse of power while in office. 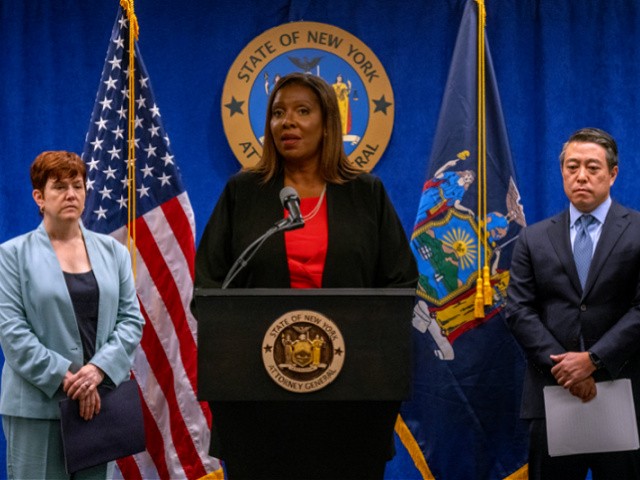 “Voters support Cuomo being charged with a crime by a 23-point margin, with 52% of voters in favor of Cuomo being criminally charged while 29% opposed criminal charges and 19% said they did not know,” reported Data for Progress. “78% of New York voters also say the AG’s report detailing Gov Cuomo’s sexual harassment is ‘somewhat’ or ‘very’ credible, and 63% of voters support legislators voting to impeach Cuomo.”

At least one accuser has filed a criminal complaint against Cuomo, according to the Associated Press.

Last week, Andrew Cuomo resigned as governor of New York after a detailed investigation credibly alleged that he sexually harassed up to 11 women during his tenure. “Investigators said he subjected women to unwanted kisses; groped their breasts or buttocks or otherwise touched them inappropriately; made insinuating remarks about their looks and their sex lives; and created a work environment ‘rife with fear and intimidation,'” Breitbart reported.

During his resignation speech, Cuomo only apologized for making women feel uncomfortable in his presence, writing off their accusations as mere misinterpretations of his touchy-feely friendliness. 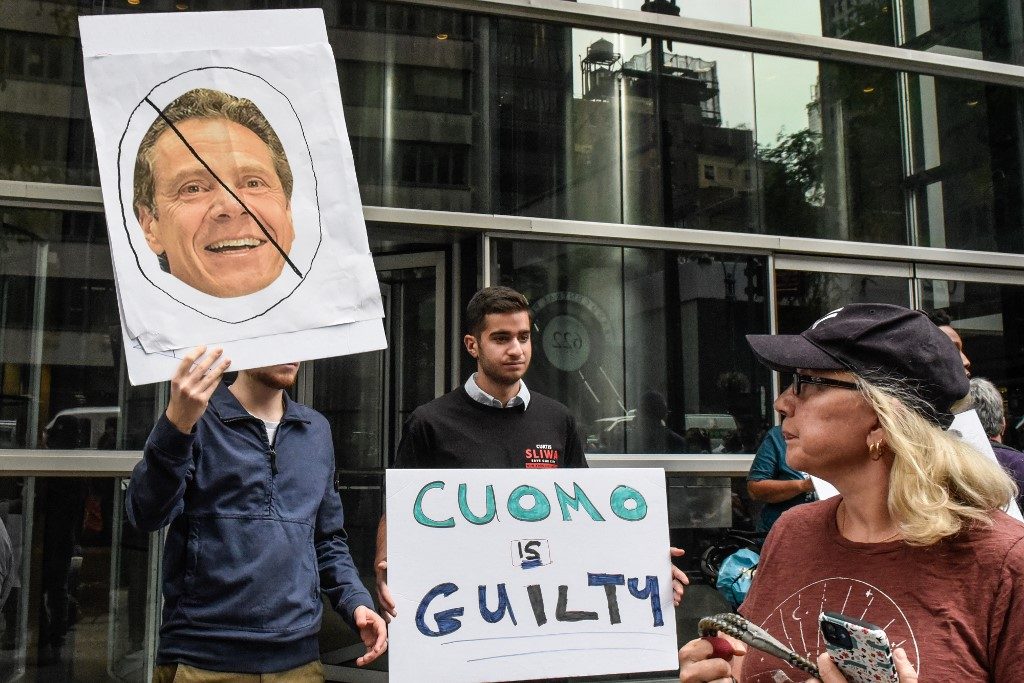 NEW YORK, NY – AUGUST 04: People participate in a protest against N.Y. Governor Andrew Cuomo and protest for a moratorium on evictions on August 4, 2021 in New York City. The dual issues arose after New York Attorney General Letitia James investigation concluded that Governor Cuomo did sexually harass multiple women and the eviction moratorium instated by the CDC due to the COVID-19 pandemic is slated to elapse at the end of the month. Stephanie Keith/Getty Images/AFP (Photo by STEPHANIE KEITH / GETTY IMAGES NORTH AMERICA / Getty Images via AFP)

“I want them to know, from the bottom of my heart: I never did, and I never would, intentionally disrespect a woman or treat any woman differently than I would want them treated,” he said before appealing to his three daughters from a previous marriage. “Your dad made mistakes. And he apologized. And he learned from it. And that’s what life is all about.”

Cuomo will be replaced by New York Lt. Gov. Kathy Hochul, a woman with a sterling “progressive record” on a range of issues.