“The issue is a matter of public safety, public health, and just as important, the public’s right to know,” Rob Astorino told Breitbart News. “We have been kept in the dark on all of this for months by our federal state and local governments, including the county that runs the airport,” he said, adding:

There is no economic fairness in this, especially for Americans who are on the lower end of the economic spectrum because their jobs are most at risk, or will be filled by non-citizens when they start to look for a job. … It is not fair to Americans that are dealing with a pandemic, rising inflation, and a shaky economy to have a President waving in hundreds of thousands — if not millions — of lower skilled people who are going to fill those jobs that Americans may need. There is no fairness whatsoever to that.

I’m now told flights have been happening since April. Smaller then. Bigger now. 737s daily. Instead of fixing crisis at southern border, feds are spreading thousands of undocumented throughout U.S. interior. That’s not solving the crisis. Being secretive makes it worse. https://t.co/zFJzLRgw00

“It seems to me the Biden’s approach is more of the United Nations [rather] than an American president,” he added.

The bus was repositioned to try and block the view. Dozens of teens and adults came off the plane and onto the bus. Federal, state and county gov’t needs to be transparent and inform the public where they are being resettled. pic.twitter.com/FTN3VeK2L5

For example, Rep. John Katko (R-NY) represents a district in upstate New York with few legal immigrants but many labor-intensive dairy farms that prefer to hire skilled, disposable, and powerless migrants — perhaps including many of Biden’s new migrants — instead of Americans or robots. The per capita income in his district is roughly $35,000, significantly below the $42,000 annual income in New York. 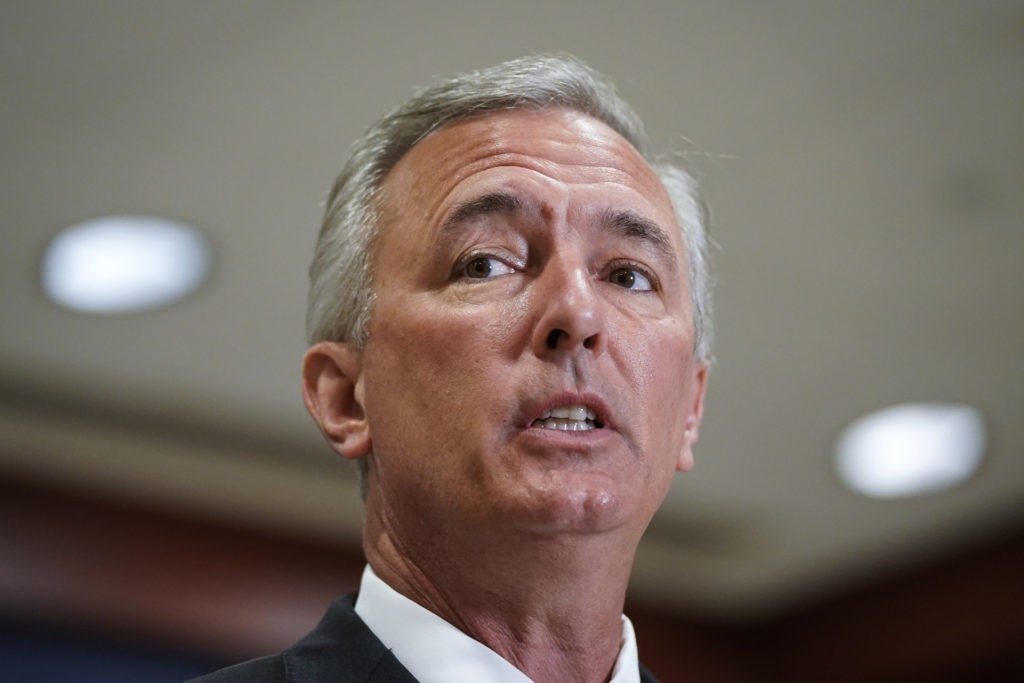 International migration also minimizes the incentive for job-creating investors to create well-paid jobs in the upstate communities that have reared and educated many young Americans. Instead, downstate investors prefer to create jobs near their location because they know migrants will move to those jobs. The New York Times described the migration flow to investors on August 7:

One of the detainees [caught on the border], Alex, 30, from Ecuador, was wearing a bead necklace with a crucifix and an Our Lady of Guadalupe pendant for protection. It was his first attempt to cross into the United States, he said, and he had paid a smuggler thousands of dollars to guide him toward New York. “I’m a noble man,” he said. “I came to fight for a better life, and to provide for my family.”

This tangled process of migration and investment pushes wealth towards the locations favored by investors, not by ordinary Americans. For example, the overall wealth in Katko’s district is relatively low because real estate values are far below the values in the coastal cities, where rents are inflated by the imported population of foreign-born high-occupancy renters. 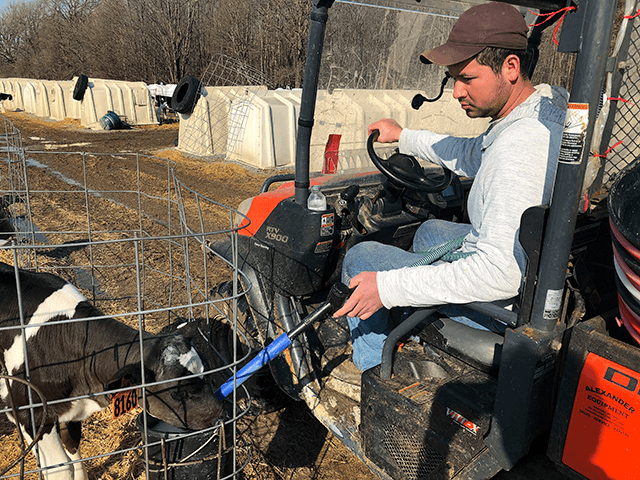 In this Wednesday, March 20, 2019 photo, Ismael Castellanos feeds calves on a the dairy farm where he works, in Bethany, New York . A renewed push around the country to let immigrants here illegally get driver’s licenses resonates on the farms and orchards of upstate New York. Castellanos says he feels isolated and that trips to town to buy groceries can cost $40. (AP Photo/ Michael Hill)

Many of the job-seeking migrants are described by Biden’s deputies as “Unaccompanied Alien Children.” But roughly 75 percent are job-seeking teenagers or are young men. Many reports show they offer to work for low wages, often via employment agencies. TOPSHOT – Migrants approach the US border on Gateway International Bridge in Brownsville, Texas on March 2, 2021. – President Biden announced that he was ending the Migrant Protection Protocol (MPP) enacted under President Trump that sent asylum seekers back to Mexico as they awaited their trial dates. (Photo by Sergio FLORES / AFP) (Photo by SERGIO FLORES/AFP via Getty Images)

So far, the donor-funded Republican leaders have made little effort to protect Americans’ jobs, wages, wealth, and homes from cheap labor migration.

Democrats dismiss criticism of Biden’s worker-delivery programs, Astorino said. “The only thing the left knows how to scream is “Race!” or “Hate!” or “Bigotry!” They say that so people shut up, but the fundamental questions that need to be answered are not [being answered], and the public has a right to know, period,” he said.

Currently, Astorino lags behind Rep. Lee Zeldin (R-NY) in the primary race, which will be decided in February.

Great to be back in Columbia, Orange, & Sullivan Counties today. Started at 4:30am in Suffolk & will end back in Suffolk later. NYers are more fed up than ever with 1-party Dem rule in DC/Albany/NYC. Time to restore balance & win this battle for the heart & soul of NY & America. pic.twitter.com/wDXBoAMNsb

“This still is a very long process and the three million Republican voters are going to determine who their most electable candidate is going to be,” Astorino told Spectrum News 1 on June 9:

We are all good Republicans and no matter who is in it — deserve to be heard and respected. This is a long process. I am confident that I at the end we will and a primary is a good thing. It’s not like we’re taking on an incumbent of our party. This is an open field, this is an open race.