Grenell said he spoke to foreign service officers who said they reached out to Malinowski to request his help warning President Joe Biden and U.S. Secretary of State Antony Blinken about the dissent cable from July 13, the Wall Street Journal revealed on Thursday.

A classified State Department cable from July suggested that Blinken was warned that Kabul would collapse into Taliban hands by the troop withdrawal deadline on August 31. The memo was sent from the State Department’s confidential dissent channel, as Breitbart News covered Thursday. 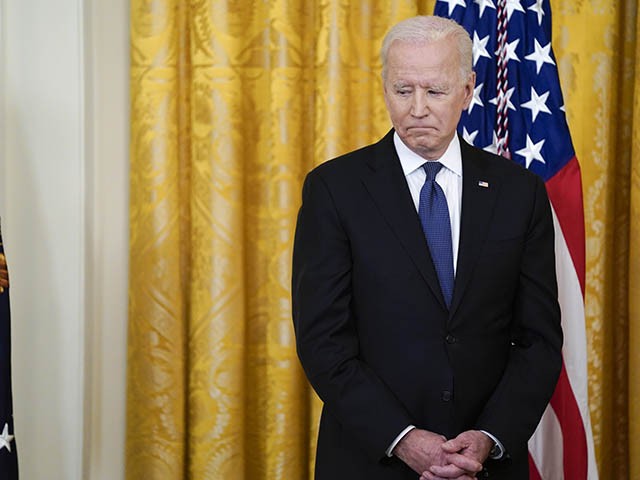 President Joe Biden looks towards the table with the COVID-19 Hate Crimes Act on it before the signing in the East Room of the White House, Thursday, May 20, 2021, in Washington. (AP Photo/Evan Vucci)

The cable, dated July 13, also called for the State Department to use tougher language in describing the atrocities being committed by the Taliban. The classified cable represents the clearest evidence yet that the administration had been warned by its own officials on the ground that the Taliban’s advance was imminent and Afghanistan’s military may be unable to stop it.

State Department foreign service officers have told me they asked @RepMalinowski for help bringing their fear of an impending Afghanistan collapse to the attention of @JoeBiden & @SecBlinken – but he didn’t want to get involved.

He was told of the Dissent Cable and didn’t act.

Breitbart News reached out to Malinowski’s office to determine if the congressman called the president or took any action when the foreign service officers pleading for help. In addition, asking why it seems as if the congressman ignored the calls for help and the dissent cable altogether. Malinowski’s office did not immediately respond to the request.