Afghans evacuated from Afghanistan are being tested for the Chinese coronavirus after they arrive in the United States, Pentagon officials said on Monday.

During a press briefing, Pentagon spokesman John Kirby confirmed that thousands of Afghans arriving in the U.S. over the coming days and weeks will not be required to test negative for coronavirus before their arrival.

Instead, Afghans are being tested after they arrive so long as they are not showing symptoms.

An then, upon arrival at the United States, all passengers are being tested upon arrival, and then, you know, and then medical professionals make the proper decisions after that. [Emphasis added]

Meanwhile, American citizens boarding international flights back to the U.S. are required to test negative for coronavirus before their arrival.

The waiving of coronavirus guidelines is part of President Joe Biden’s larger effort to fast-track tens of thousands of Afghans into the U.S. As Breitbart News reports, the Biden administration is flying Afghans to Fort Lee in Virginia, Fort McCoy in Wisconsin, and Fort Bliss in Texas before they have finalized their visa processing. 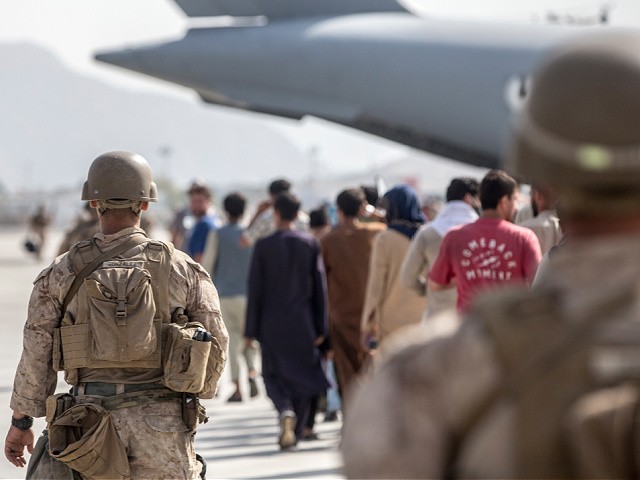