Reader Alert: Last night we recorded a new low single-overnight approval result in President Biden's job approval history and today he will set a record low in our 3-day rolling approval avg. And this is not even the worst news we have from all voters for him this morning.

Indeed, the survey’s Daily Presidential Tracking Poll shows Biden’s approval plunging to a historical low of 42 percent — a two-point drop from the 44 percent recorded on Tuesday, which matched his previous record low.

Biden has not seen a net approval in Rasmussen’s tracking survey since July 21, when 50 percent approved and 48 percent disapproved.

The sinking trends follow Biden’s address to the nation on Tuesday, where he acknowledged his administration did, in fact, leave Americans behind in the jihadist-controlled country. 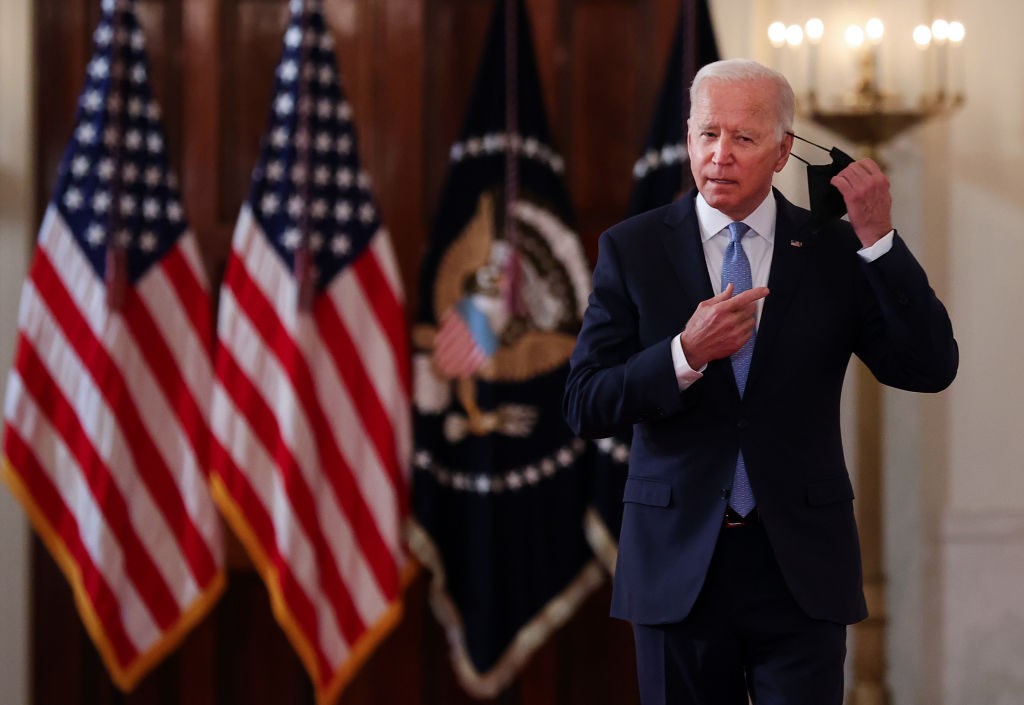 U.S. President Joe Biden arrives to deliver remarks on the end of the war in Afghanistan in the State Dining Room at the White House on August 31, 2021 in Washington, DC. The last American military aircraft took off from Hamid Karzai Airport a few minutes before midnight in Kabul, marking the end of U.S. military presence in Afghanistan since the invasion following the attacks of September 11, 2001. (Chip Somodevilla/Getty Images)

“Now we believe that about 100 to 200 Americans remain in Afghanistan with some intention to leave,” he said, echoing the figures offered by Secretary of State Antony Blinken this week.

“Most of those that remain are dual citizens, longtime residents who had earlier decided to stay because of their family roots in Afghanistan,” he said.

“The bottom line: Ninety percent of Americans in Afghanistan who wanted to leave were able to leave. And for those remaining Americans, there is no deadline,” Biden added. “We remain committed to get them out if they want to come out.”