There were record background checks for 17 straight months, January 2020 through May 2021, with each of those 17 months breaking every previous record for NICS checks in that respective month. 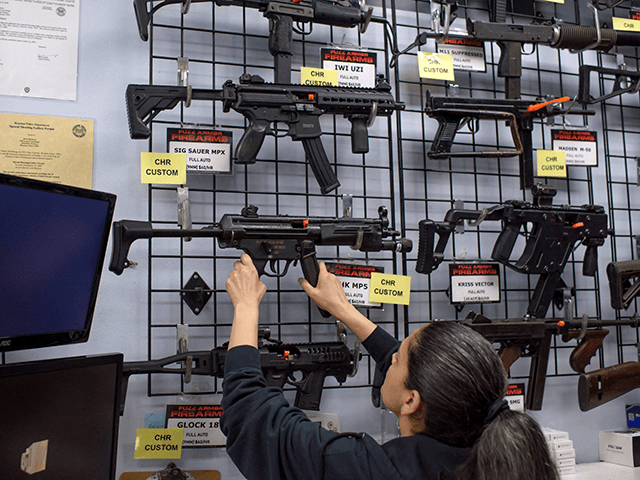 Employee Gorety Mejia takes down a HK MP5 for a customer at Full Armor Firearms store in Houston, Texas on June 17, 2021. (Mark Felix/AFP via Getty Images)

The NICS check momentum dipped slightly in June 2021, but still leaving the month as one with the second-highest number of NICS checks of any June on record.