The New York Times has not updated its official presidential approval rating page since May, Fox News reported Wednesday.

The Media Research Center first drew attention to the publication’s shortcoming last week, noting that the “live” page titled “President Biden’s Approval Rating and the Latest Poll Numbers: Updates” has not been refreshed since May 10, 2021.

The stale story still has an Associated Press/NORC poll showing Biden’s approval rating at 63 percent — though his most recent numbers are not nearly as charitable, to say the least.

Following Biden’s failed withdrawal from Afghanistan, compounded with rising crime, surrender to the Chinese coronavirus pandemic, inflation, and the ongoing border crisis, RealClearPolitics has the president at an average 45.3 percent approval, “a nearly 18-point drop from the last poll the Times last highlighted.”

“The president saw his disapproval surpassing his approval numbers average for the first time on August 20,” according to the report.

Some recent polls have projected an even steeper decline from grace. According to Wednesday’s Economist/YouGov poll, Biden’s approval rating has collapsed to 39 percent — the lowest point of his presidency.

“Before the complete stalemate, the Times would regularly update its page with eight posts in March and six in April,” the report states. “The polls cited went beyond Biden’s approval rating, invoking support for voting rights, the COVID vaccine and whether or not then-New York Gov. Andrew Cuomo should resign amid his scandals.”

The publication has also begun to phase out its reporting of Biden’s disastrous handling of Afghanistan, which resulted in the deaths of 13 U.S. servicemembers: 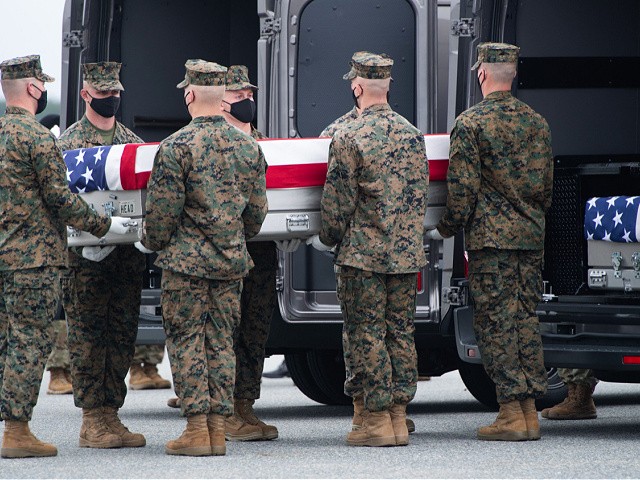 “Last Friday, Afghanistan went virtually missing from the Times’ front page with stories about the Texas abortion law and the Hurricane Ida devastation, squeezing in teases for two stories about the Taliban at the bottom, 51 words total,” Fox News reported.

The Times reportedly did not immediately respond to Fox News’s request for comment.