An Army lieutenant colonel with 18 years of service has decided to resign his commission in the United States Army over the Biden administration’s decision to implement a coronavirus vaccine on all service members, according to his resignation letter recently published online by his wife.

I am incapable of subjecting myself to the unlawful, unethical, immoral, and tyrannical order to sit still and allow a serum to be injected into my flesh against my will and better judgment.

After eighteen years of active duty service in the US Army, my lieutenant colonel husband has resigned

He’s walking away from his retirement

Hague’s wife, Katie Phipps Hague, told Breitbart News in an interview this week that her husband is not anti-vaccine and that he has received previous vaccines mandated by the Army.

However, she said, he opposes the administration’s mandate of a fairly new vaccine forced on service members and non-government employees such as their daughter, who is a nurse at a private hospital that receives Medicare patients and is thus subject to the mandate.

Hague wrote in his letter:

I cannot be used as a tool against them, as they are my daughters, my son, my siblings, and my friends. They are the Americans that deserve my support and love.

Phipps Hague said prior to the letter, her husband faced no disciplinary actions or investigations and was on his way to serving his full 20 years in the Army, which would earn him a full military pension.

Hague commissioned into the U.S. Army in May 2002 after graduating from University of Georgia and completing the Army Reserves Officers’ Training Corps (ROTC) program. He deployed from 2003 to 2004 as an infantry platoon leader to Iraq. He deployed again from 2005 to 2007 as an infantry battalion communications officer to Iraq. He transitioned to the inactive reserve in February 2008.

Phipps Hague said her husband, by resigning before 20 years of service, is forfeiting his retirement benefits, which would amount to approximately $2 million over his lifetime, but that he believes he had to take a personal stand for soldiers and employees who oppose the mandate but cannot afford to lose their jobs, whereas her husband, who has a Master’s degree in information systems management, can withstand the economic blow.

“He just feels like there’s too many people that don’t have a voice and that are afraid to say something. And somebody has to say something,” she said in a phone interview on Monday.

“Even at his work, people are like, ‘I can’t believe you’re walking away from this,'” she said. “They’re like, ‘You’re right, I agree with you, but it’s too scary.'”

She added, “The hope is that my husband will inspire some people, because a bold stand doesn’t really mean anything if there’s not a risk. If you’re not sacrificing something, then you’re just kind of showboating.”

Since Phipps Hague posted her husband’s resignation letter online, she has received harassing tweets and hostile responses, including accusations that the letter is fake. She said her husband is choosing not to do interviews, at least not until he is processed out of his current job in the Army.

“He’s not trying to make some big name for himself. He is trying to give a voice to people who are, who see this and who are maybe afraid to speak up,” she said.

“He’s not a political person and he’s not a crazy anti-vaxxer,” she added. “He’s just kind of a normal red-blooded American that isn’t radicalized. He doesn’t have an agenda. We’re not trying to get money.”

Hague is the third lieutenant colonel in recent months to either publicly resign or dissent with leadership.

First was Air Force Lt. Col. Matthew Lohmeier, who warned of creeping Marxism in the military and was fired from his position. The second was Marine Lt. Col. Stuart Scheller, who demanded accountability over the botched Afghanistan withdrawal, and was also fired immediately. 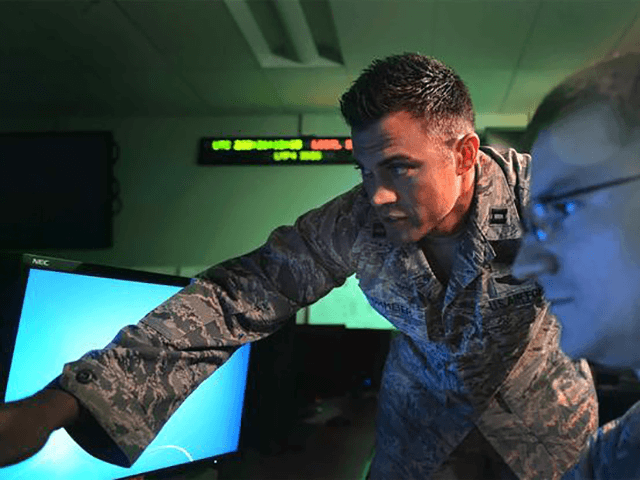 “This is a third lieutenant colonel and they can’t call them all crazy,” Phipps Hague said of her husband.

“They had great careers ahead of them. They’re not in trouble. They’re not getting passed over for promotions,” she said. “They’re just saying, ‘Somebody has to say something.’ They can’t dismiss us all. They can’t tell us all that we’re crazy,” she said.

Phipps Hague said she wants people to know her husband is “not an extremist,” as others have tried to paint him, and believes that such rhetoric is dangerous. 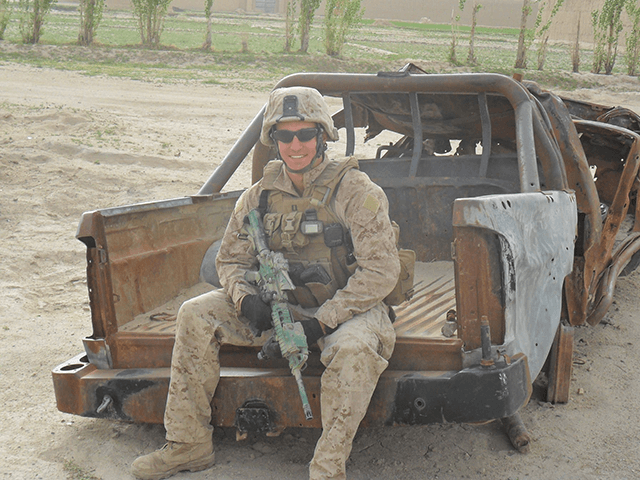 “It’s really dangerous how passionately these people feel that they are virtuous and that the people who don’t choose to have that medical procedure are selfish and dangerous,” she said.

Phipps Hague is worried about the tribalism of the left and the right in the county, and feels President Joe Biden is making things worse.

“Our country, it feels like a tinderbox right now. And just the slightest spark is going to set things off. You know, it’s a scary kind of uncertain feeling when there’s just so much anger and aggression on both sides,” she said.

“And it really does seem like our president is doing almost everything in his power to just make it worse. He says the words ‘unity,’ but the things that he’s saying are incredibly dangerous and historically, really terrible — to be pitting groups of people against each other like this,” she added.

“You can’t just tell 80 million Americans to go away or do what you tell them, or you’re going to vanquish them and not allow them to work.”