According to reports, two former Washington Nationals staffers are threatening to take their case to the federal government after being fired because they refused to take the coronavirus vaccine.

Larry Pardo and Brad Holman were reportedly fired by the Nats on Wednesday over their refusal to comply with the organization’s vaccine requirements. The two presented Outkick with a statement on their firing, saying that they have religious objections to the vaccine and are threatening a federal EEOC complaint for discrimination.

Both say they filed a request for a religious exemption from the team’s vax mandate, but the Nats reportedly denied them both out of hand. Pardo and Holman claim they followed the chain of authority to appeal the decision but to no avail.

According to Washington Post sportswriter Jesse Dougherty, the team gave employees until Sept. 15 to get vaxed and if they did not, they would be fired.

Sources: By the end of today, the Nationals plan to terminate contracts for multiple employees who did not comply with the vaccinate mandate implemented in August. This includes Bob Boone, pitching coordinator Brad Holman and minor league pitching coach Larry Pardo.

In their statement, Holman and Pardo say they are “devoutly religious and reuse to take the COVID vaccines as they are developed from and/or tested with aborted fetal cells.” 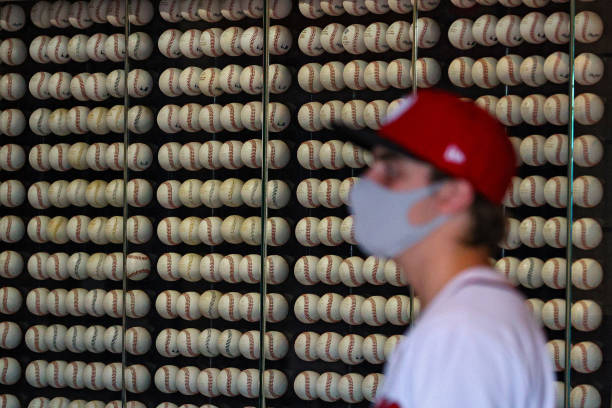 WASHINGTON, DC – APRIL 06: Baseballs are seen as a fan wears a protective face covering due to the coronavirus before the Washington Nationals 2021 Opening Day against the Atlanta Braves at Nationals Park on April 6, 2021 in Washington, DC. The Washington Nationals delayed their season opener due to a Covid-19 outbreak that sidelined 11 players. They are only allowing 5,000 fans due to the Covid-19 pandemic. (Photo by Patrick Smith/Getty Images)

The statement goes on the accuse the club of “pretending” to entertain their religious exemption, only to be summarily denied shortly after each supplied the organization with detailed explanations of why they were refusing the vax.

The statement, given to Outkick: 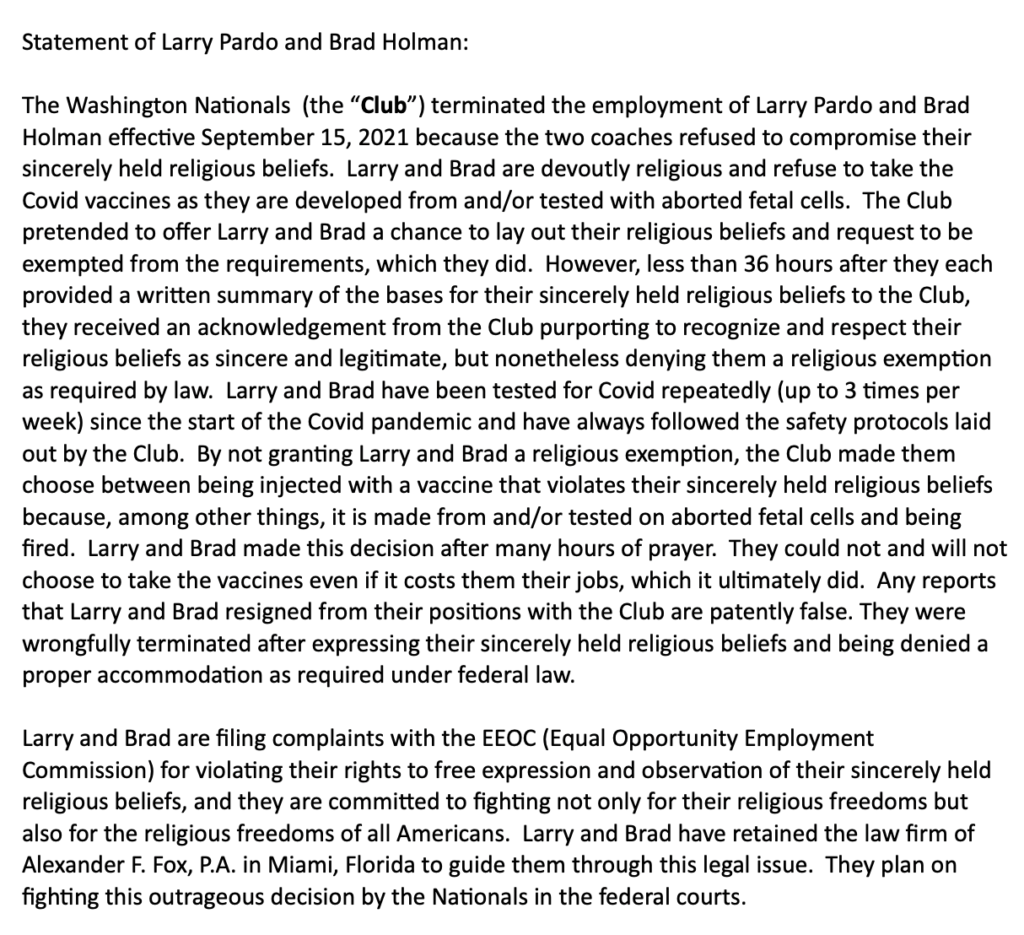 The pair went on to say that they intend to file complaints with the Equal Opportunity Employment Commission for violating their constitutional rights to the free expression of their religion.