President Joe Biden joked about once being thought of as a moderate, in an Oval Office meeting with leftist Democrats at the White House last week.

“I used to be called a moderate,” he said, according to The Atlantic.

The president signaled support with the fight led by Rep. Pramila Jayapal (D-WA) and other leftists to get a $3.5 trillion spending bill through the House of Representatives, even as moderates are trying to block it or even cut the spending levels. 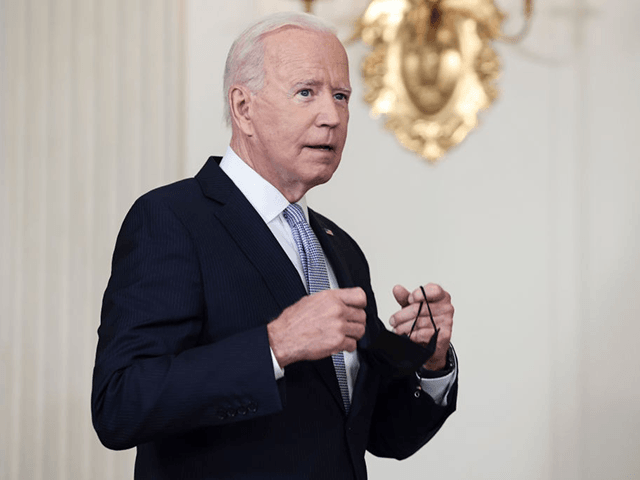 U.S. President Joe Biden takes off his face mask as he arrives to deliver remarks on his administration’s COVID-19 response and vaccination program from the State Dining Room of the White House on September 24, 2021 in Washington, DC. (Anna Moneymaker/Getty Images)

Jayapal said that after the meeting Biden gave her a copy of his April speech to Congress promising to raise taxes on the rich and expand entitlements and even signed it at her request.

Biden detailed the White House separate meetings with both progressives and moderates on Friday.

“I don’t know whether you heard, but both meetings went very well,” Biden said to reporters at the White House. “I mean, it was — it was — they were collegial. It — it wasn’t — no one was hollering.”

Biden campaigned for president as a moderate, but absorbed a lot of the agenda pushed by Democrat socialists like Sen. Bernie Sanders (I-VT). 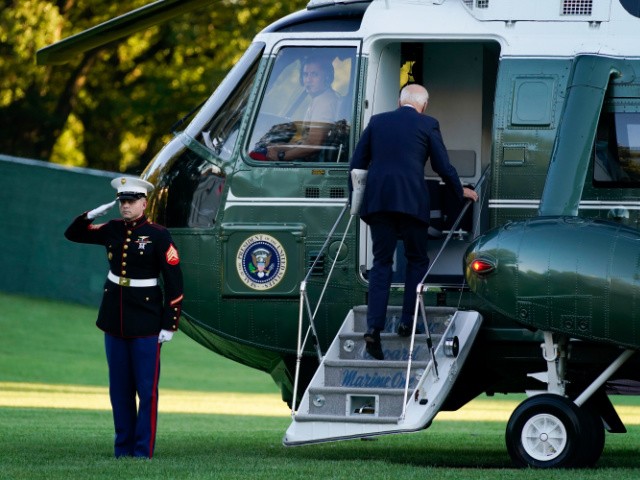 “Ask yourself, do I look like a radical socialist with a soft spot for rioters? Really?” he asked voters in Pittsburgh, Pennsylvania in August 2020.

He insisted on September 16 that he was a “capitalist” despite proposing dramatically higher taxes on corporations and people making more than $400,000 a year.

“I just think it’s about just paying your fair share, for Lord’s sake,” he said Friday.