Many cities that cut police department funding during the height of anti-police activism in 2020 are quietly restoring the funds and, in some cases, handing out bonuses to keep officers on the payroll.

The New York Times reports an “additional $200 million has been allocated to the New York Police Department and a three percent boost given to the Los Angeles force.”

Moreover, Austin, Texas, which cut police funding in the late summer of 2020, has restored funding and then some.

On August 13, 2020, the Texas Tribune noted that the Austin City Council voted to cut police funding by $150 million.

Gov. Greg Abbott (R) reacted to the cuts by saying “Austin’s decision puts the brave men and women of the Austin Police Department and their families at greater risk, and paves the way for lawlessness. Public safety is job one, and Austin has abandoned that duty.” 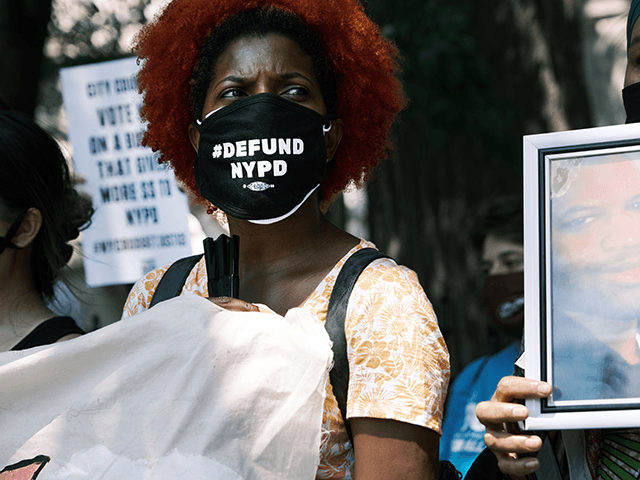 Activists, local politicians and families of those killed by the police hold a rally in front of City Hall to demand that the New York City Council vote against a budget that doesn’t make enough cuts to the police department on June 29, 2021 in New York City. (Spencer Platt/Getty Images)

The NYT points out Austin has now raised the police budget “to new heights.”

The paper also notes Burlington, Vermont, has gone from cutting the police budget to handing out $10,000 bonuses to keep officers from leaving the force.

And in Dallas, Mayor Eric Johnson wants to do two things: 1. Restore police funding. 2. Add more officers to the department.

The NYT noted, “After the mayor proposed increasing funding, no protests followed. When the Council backed a budget that restored many of the cuts made last year, few came to the public hearing, and even fewer spoke against the plan, which included the hiring of 250 officers.”