The Republic of Guatemala joined the international, pro-life Geneva Consensus Declaration (GCD) Tuesday, an effort initiated by the Trump administration but rejected by the pro-abortion rights Biden administration earlier this year.

In his address celebrating his country’s participation in the GCD coalition, Guatemalan President Alejandro Giammattei said the occasion “is a clear message to the international community that there are many countries that recognize that there is a fundamental right, a human right, to life that must be guaranteed and defended.” 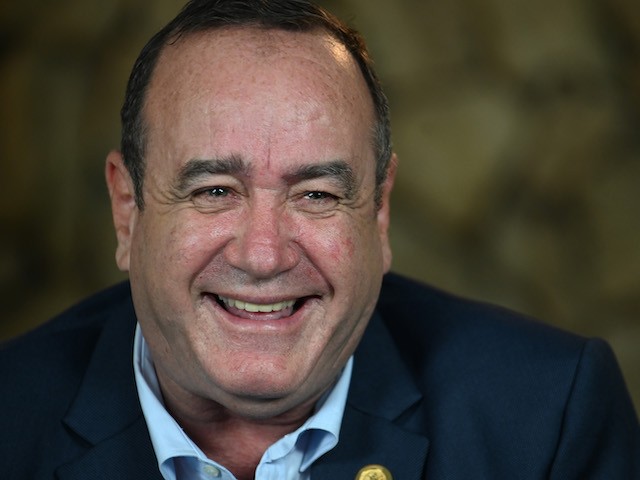 President-elect Alejandro Giammattei smiles during an interview with AFP in Guatemala City on August 12, 2019. (Johan Ordonez/AFP via Getty Images)

[A]ny approach that there is already a consensus in favor of abortion at the international level, as some sadly allege, it is totally false. Any effort to try to impose abortion on a country is undue interference in its internal affairs. I must point out that these efforts to promote abortion are often made in the name of defending human rights, which is absurd. Without a legal basis, neither anthropological nor scientific, some currents of thought fabricate supposed rights, which are nothing more than the denial of the true inherent rights of the person.

Nearly one year ago, the Trump administration led a 32-nation signing ceremony of the GCD, which affirms there is no international right to abortion.

Former Secretary of State Mike Pompeo and Health and Human Services (HHS) Secretary Alex Azar co-hosted the signing of the GCD, along with the governments of Brazil, Egypt, Hungary, Indonesia, and Uganda.

The declaration serves as a rebuke to the pro-abortion rights U.N. and World Health Organization (W.H.O.), as it states that nations join to promote women’s health as well as the “strength of the family and of a successful and flourishing society.” The governments also affirm “the essential priority of protecting the right to life.”

The GCD also emphasizes that “in no case should abortion be promoted as a method of family planning,” and that “the family is the natural and fundamental group unit of society and is entitled to protection by society and the State.”

In February, however, the pro-abortion rights Biden administration sent a letter to U.N. ambassadors announcing the United States’ withdrawal from the historic GCD.

The Biden Administration has stated its commitment to global health, to promoting sexual and reproductive health and rights for women and girls, the human rights of LGBTQI persons, and to multilateralism.

Valerie Huber, president and CEO of the Institute for Women’s Health, formerly a top HHS official in the Trump administration who served in the Office of Global Affairs, spoke at the ceremony in Guatemala. 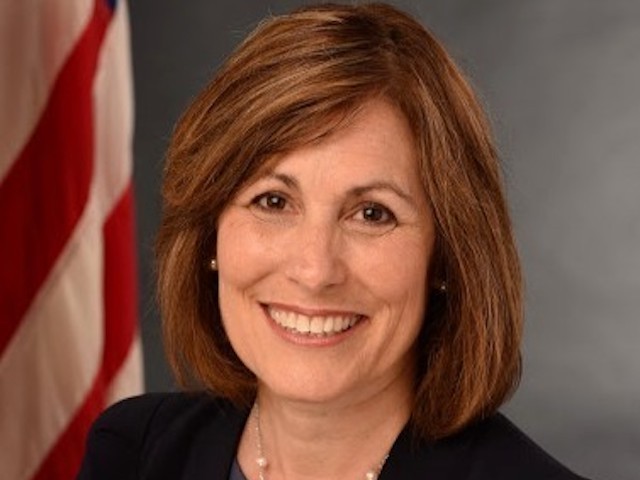 Huber told Breitbart News the Biden Administration “removed all mention of the GCD from the U.S. government website before sunset on the day of his inauguration – a clear sign that this Declaration would be a detriment to many of their foreign policy aims.”

“On Day 8 of the Administration, Biden issued a Presidential Memo to remove the U.S. as a signatory,” she added. “That dropped the signing countries from 35 to 34. But the coalition remains and Guatemala returns the number to 35 countries.”

Huber said that, in partnering up with other progressive countries, the Biden administration “is really overreaching.”

She said she is hoping Guatemala’s participation in the declaration coalition “will actually embolden other countries regarding the values that they hold dear, that it actually empowers them to stand for those core values.” 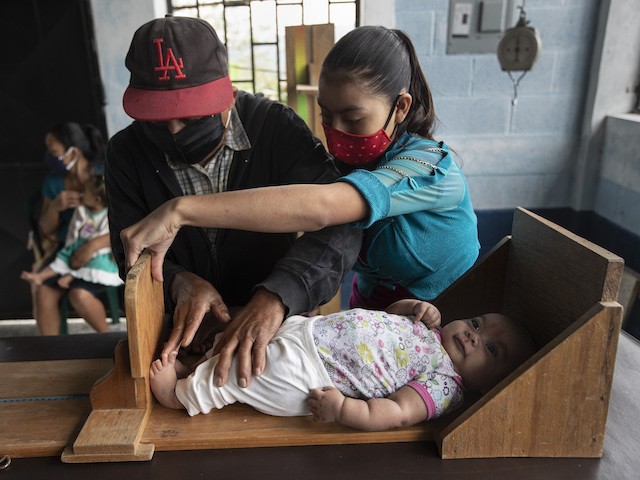 Volunteer Santiago Sanchez, left, measures the height of a baby boy alongside the baby’s mother at a health center in Cachoche village near Tizamarte, Guatemala, December 10, 2020. (AP Photo/Moises Castillo)

“What the Geneva Consensus Declaration coalition allows them to do is not only to stand, but to stand together,” she explained.

As part of the Trump administration, Huber said those involved with the GCD “wanted to build something with other countries that would stand after we were gone, something that wasn’t just U.S.-centric, that was actually focused on every country having one vote in the international organizations, and also that small countries, large countries, when working together, they stand the best chance to defend those core values around life and family.”

“I’m just so thrilled because I think that what happened yesterday in Guatemala could very well be, as I said in my speech, an impetus to embolden those countries who are already members, and also encourage others to join,” she said.

In her address, Huber said:

President Trump said at the United Nations General Assembly, “We are aware that many United Nations projects have attempted to assert a global right to taxpayer-funded abortion on demand, right up until the moment of delivery. Global bureaucrats have absolutely no business attacking the sovereignty of nations that wish to protect innocent life.”

“Mr. President,” Huber addressed Giammattei, “Guatemala is not alone in having its sovereign rights to defend life and family under attack. But a coalition like this, specifically designed to protect those values has never before existed. I believe it can be a game-changer!”

Huber told Giammattei his “leadership today can serve as a beacon for other countries to follow, particularly here in Latin America.”