The Job Creators Network (JCN), one of America’s largest small business advocacy organizations, has erected another billboard in the heart of Times Square, this time calling out the Joe Biden White House over its vaccine mandate for private employers with 100 or more staff members.

No official rule has been released by the Labor Department or the Occupational Safety and Health Administration but a draft was delivered to the White House for review. The mandate will hit hundreds of thousands of U.S. businesses employing millions of workers who will soon be asked to get vaccinated or undergo weekly coronavirus testing. The order is also expected to hold business owners responsible for covering paid time off for workers to receive the vaccine or face a $14,000 noncompliance fine.

It’s why JCN is fighting back with it’s latest billboard, which reads “HEY JOE, TIME TO LET THE MANDATE GO!” and continues, “STOP MAKING SMALL BUSINESSES YOUR VACCINE POLICE.” 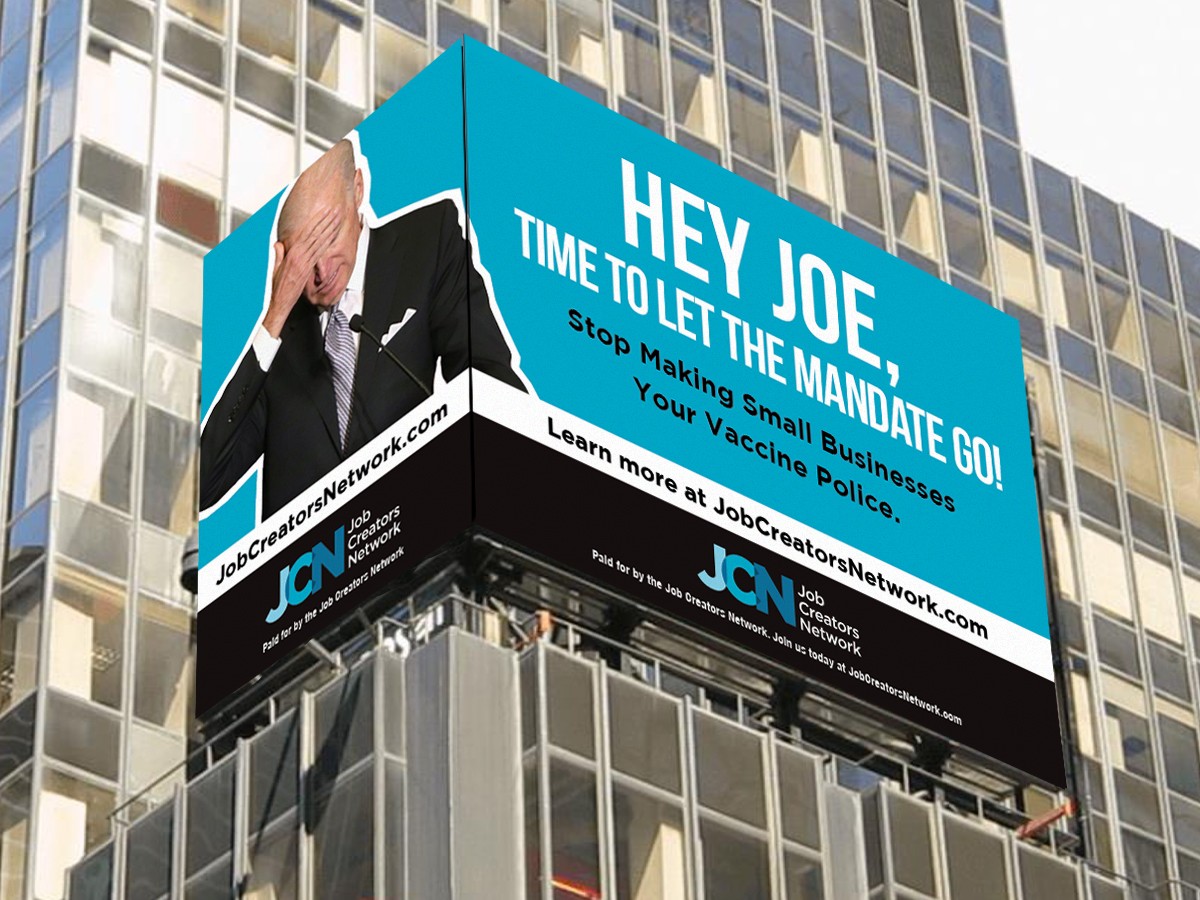 What’s more? JCN is also planning to fight the Biden administration in court, pledging to sue in order to block the vaccine mandate on behalf of small businesses across the country.

“Small businesses are facing the most challenging period in decades. Now, Biden’s vaccine mandate threatens to dump fuel on the raging economic dumpster fire with his de facto nationwide vaccine mandate, which will only exacerbate already crippling labor shortages for small businesses,” said Alfredo Ortiz, JCN President and CEO, in a statement.

“Main Street will also be enlisted as foot soldiers to carry out and pay for the overreach of executive power. It’s one thing for a private company to require staff to be vaccinated, but it’s a whole other ballgame when the government mandates it and then forces employers to police and pay for it,” Ortiz continued. “JCN is ready to take legal action against the Biden administration on behalf of small businesses if the White House doesn’t change course.”