Vice President Kamala Harris on Tuesday deplored the European explorers who first landed in North America, using a virtual address at the National Congress of American Indians 78th Annual Convention to claim President Joe Biden’s Build Back Better agenda will do much to ameliorate the damage she attributes to mass migration.

“Since 1934, every October, the United States has recognized the voyage of the European explorers who first landed on the shores of the Americas,” said Harris told the gathering held the day after Columbus Day. “But that is not the whole story. That has never been the whole story.

“Those explorers ushered in a wave of devastation for Tribal nations — perpetrating violence, stealing land, and spreading disease,” she continued. “We must not shy away from this shameful past, and we must shed light on it and do everything we can to address the impact of the past on Native communities today.”

President Biden’s multi-billion-dollar Build Back Better agenda will have “a significant impact on Indian Country” Harris went on to claim without offering specific evidence.

Watch for yourself below:

“This bill represents the largest infrastructure investment our nation has made since before World War II and presents, right now, an important opportunity to strengthen Indian Country,” she said. 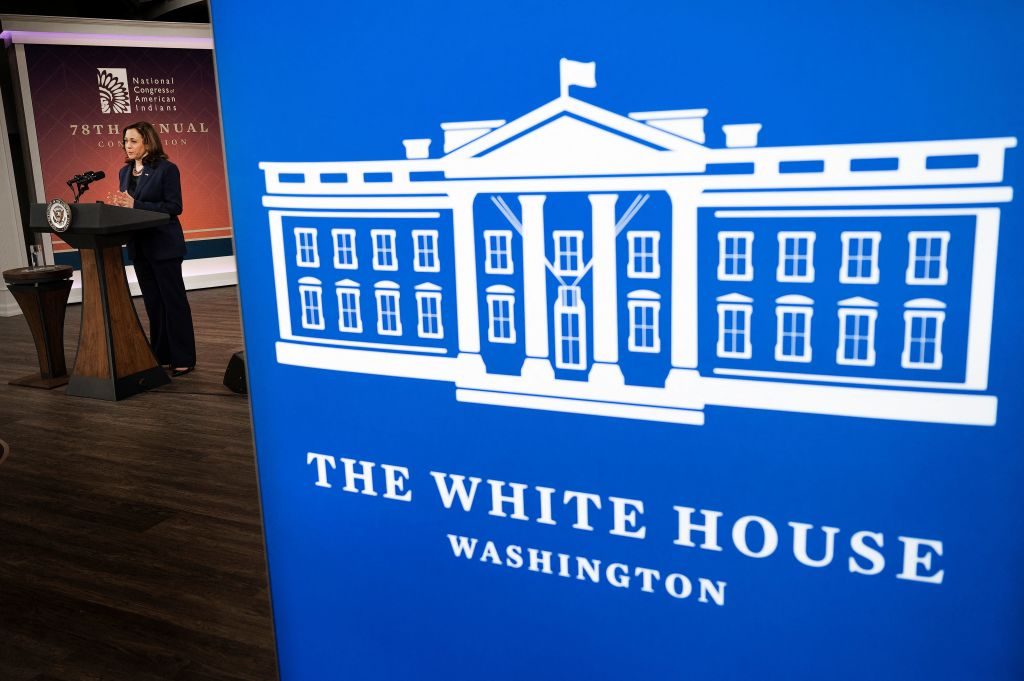 Harris’ speech came days after it was revealed school-age children who joined her for a NASA YouTube video about space exploration were child actors, as Breitbart News reported.

The ‘Get Curious with Vice President Harris’ video was filmed in August and tweeted out by the vice resident on October 7 to celebrate World Space Week.