At least 22 people were shot, four of them fatally, during the weekend in Mayor Lori Lightfoot’s (D) Chicago.

ABC 7 / Chicago Sun-Times reports that the weekend’s first shooting fatality occurred around 1:50 a.m. Saturday outside a gas station “in the 10000-block of South Michigan Avenue.” Twenty-nine-year-old Joshua James was leaving the station when he was shot twice. He was pronounced dead on the scene.

The weekend’s second fatal shooting occurred about 8:45 a.m. Sunday when an unidentified man “in the 600 block of South Springfield Avenue” was shot numerous times and killed.

CBS 2 notes that the third fatal shooting occurred about 1:45 p.m. Sunday. Police responded to a call about a shooting victim and found a man with a gunshot wound to the armpit in a home “in the 8100 block of South Drexel Avenue in East Chatham.” The man was pronounced dead at the scene. 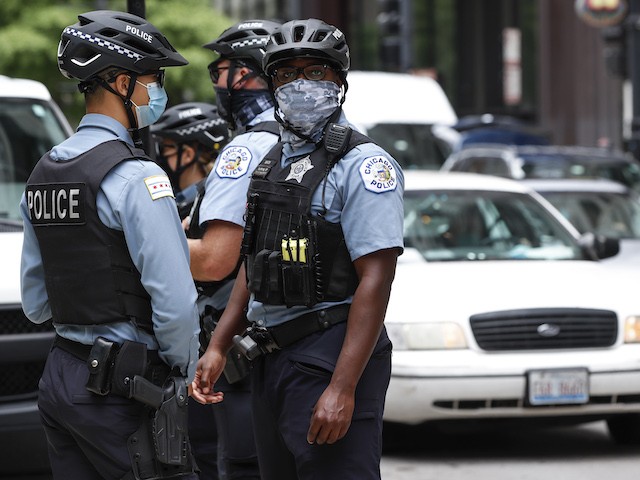 The fourth fatal shooting was discovered at 2 p.m. Sunday when a 31-year-old man was found with gunshot wounds “in the 4500-block of West Wilcox Avenue.” He was taken to a hospital and pronounced dead.

Breitbart News explains that nearly 40 people were shot last weekend in Mayor Lightfoot’s Chicago, and three of those people succumbed to their wounds.