Overall, the nine-month rolling average of the president’s job approval is now at 53 percent disapproval compared to only 38 percent approval, with nine percent expressing no opinion. Biden’s net approval is at negative 15 percent. 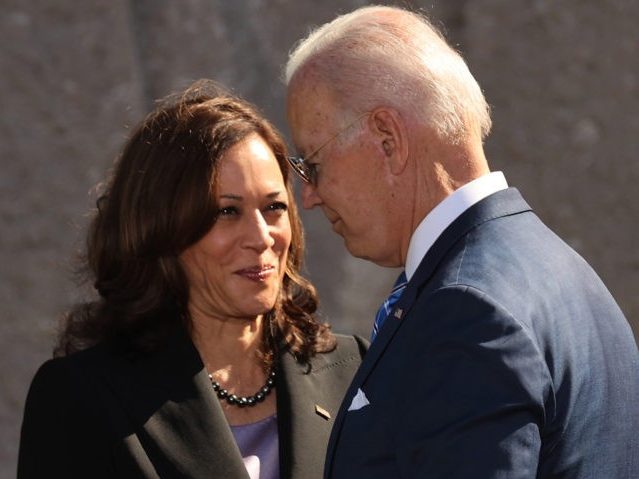 The CIVIQS rolling job approval average had 117,044 responses that were tracked between January 20 to October 21.

The CIVIQS tracking model is meant to capture the shifts in attitude of various groups over time across all 50 states. These changes can happen either over time or rapidly.

At the eight-month mark of the poll, Biden’s job approval was underwater in 38 states, and 12 states showed Biden with a higher approval.

Overall the eight-month rolling average showed Biden with 51 percent disapproval and 41 percent approval, with eight percent expressing no opinion. Biden’s net approval at the time was at negative ten percent.

During the president’s nine months in office, he has faced numerous challenges, such as a botched Afghanistan withdrawal causing the death of 13 U.S servicemembers and leaving of U.S. citizens, Afghan allies, and vulnerable Afghans left in the county controlled by Taliban terrorists.

The State Department recently revealed at least 363 Americans are still trapped in the jihadist-controlled country, weeks after Biden considered getting “everyone” out of the country a success.

More recently, the country has been facing a months-long supply chain crisis under the president’s watch where over a hundred ships are waiting off the U.S. coast to dock foreign goods in the Port of Los Angeles and the Port of Long Beach.

However, Biden’s U.S. Transportation Secretary Pete Buttigieg has been MIA for nearly two months, as it was recently uncovered that he was on paid leave with his husband, Chasten, and their two newborn babies.