Florida Gov. Ron DeSantis (R) on Monday slammed the National Institutes of Health (NIH) and Dr. Anthony Fauci over the recent revelations of the NIH’s funding of gain of function research, as well as the horrifying experiments conducted on puppies, calling them “flat-out disgusting” and “despicable.”

Speaking in North Venice on Monday, DeSantis addressed the recent revelations on both the NIH funding gain of function research at the Wuhan lab and Fauci’s division of the NIH partially funding a cruel experiment involving insects eating puppies alive.

“And what do we find out? We know NIH gave money to fund research, gain of function research, at the Wuhan Institute of Virology,” DeSantis said.

“So what they’re doing is they’re taking U.S. tax dollars in China, and they’re trying to create super viruses that will be more dangerous for humans. And they’ll say, ‘Well, we want to figure out how to combat the viruses,'” he said, calling it “very hazardous” and “unethical.”

“They should have been banned from doing it, but I think they got around the ban. So we’ve got to shut that down. You can’t have mad scientists running around playing God like this,” he said before pivoting to the more recent revelations of puppy cruelty.

“And then come find out what else is Fauci and NIH doing? They’re doing cruel experiments on puppies. What they were doing with those puppies is flat-out disgusting, despicable. That needs to stop,” DeSantis said, referencing the recent revelations of the experiment, which involved researchers removing the vocal cords from beagle puppies, drugging them, and locking their heads in cages while allowing hungry sandflies to eat them alive. 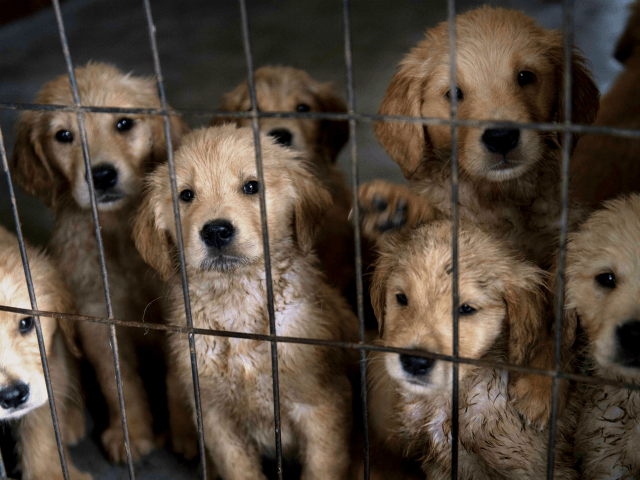 “I cannot believe American tax dollars would go to treat those dogs the way those dogs were treated, and I really think Fauci needs to be held accountable,” he said.

“These people, these bureaucrats, they don’t get to just run wild and do whatever the hell they want to with our tax dollars,” he said, calling for “a whole lot of them” to be cleaned out.

“And so from funding gain of function research to treating these puppies with really unimaginable cruelty, I think that a whole lot of them need to be cleaned out,” he said.

“We need to be standing up for the American taxpayer and doing things ethically and not doing things like gain of function and certainly not abusing puppies,” the Republican governor added.