Prosecutor Thomas Binger claimed Kyle Rittenhouse lost his right to self-defense by bringing a gun with him to the streets of Kenosha, Wisconsin, on the night of August 25, 2020.

On Monday, Binger called the jury’s attention to testimony that Joseph Rosenbaum had reached for Rittenhouse’s rifle before being shot.

Binger said, “[They] are trying to convince you that Joseph Rosenbaum was going to take that gun and use it on the defendant because they know you can’t claim self-defense against an unarmed man like this.” 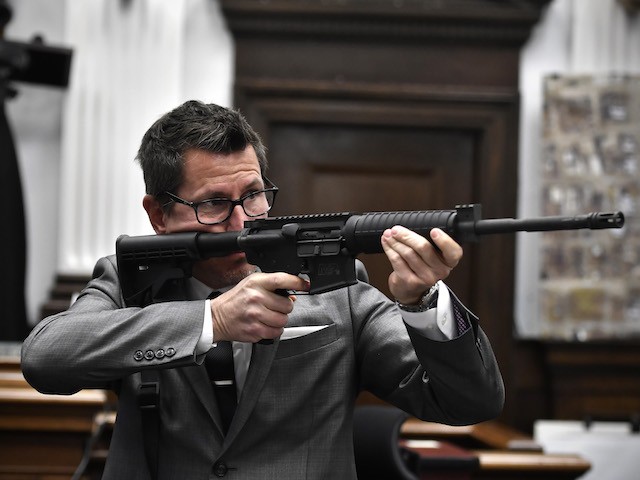 He indicated that Rosenbaum “[attempted] to throw a bag at [Rittenhouse],” and he made clear that he was not sure what was in the bag.

Hernandez said Rittenhouse turned around after the bag was thrown and that “Rosenbaum is lunging toward him and Kyle fires.”

On November 10, 2021, Rittenhouse testified that he was running to put out a fire when Rosenbaum allegedly ambushed him. Rittenhouse claimed one man, Joshua Ziminski, allegedly walked toward him with a pistol while Rosenbaum closed in on his right side.

Rittenhouse indicated he began running in an effort to escape the situation.

Reuters reported that witness Richie McGinniss testified Rosenbaum said “F*ck you” and lunged for Rittenhouse’s rifle before Rittenhouse shot him.