There’s money in misery, a study affirmed Tuesday, as it revealed the share of household wealth owned by billionaires soared by a record amount during the global coronavirus pandemic. Millionaires were not far behind.

Reuters outlines the World Inequality Report produced by a network of social scientists estimated billionaires over the past 12 months collectively own 3.5 percent of global household wealth, up from slightly above two percent at the start of the pandemic in early 2020.

At the same time the rich got richer, the pandemic pushed about 100 million people into extreme poverty, raising the global total to 711 million in 2021, World Bank estimate quoted in the analysis estimated.

Billionaire jet-owning Elites convene for globalist confab to discuss how to get the peasantry to focus on global warming. https://t.co/ZCPRZDSQaH

Even more people would have fallen into poverty had many developed nations not enacted relief efforts to shield their residents from the financial fallout from the Covid-19 pandemic.

The report tackles a variety of specialist research and public domain data, with a foreword written by U.S.-based economists Abhijit Banerjee and Esther Duflo, two of the trio who won a 2019 Nobel Prize for work on poverty.

The findings corroborate a range of existing studies, “rich lists” and other evidence pointing to a rise in health, social, gender and racial inequalities during the pandemic, Reuters reports.

It also confirmed that for most of those who belong on global rich lists, life has gone on pretty much as normal for the past 18 months while everyone else was forced into lockdown as they were lectured over coronavirus and told to stay at home.

The World Inequality Report is based on more than four years of work by more than 100 researchers around the globe.

Meanwhile Forbes’ annual world’s billionaires list this year included a record-breaking 2,755 billionaires with a combined worth of $13.1 trillion, up from $8 trillion last year.

The new report showed a wider group of 520,000 adults who make up the top 0.01 percent richest together saw their share of global wealth hit 11 percent this year, up from ten percent the year before. 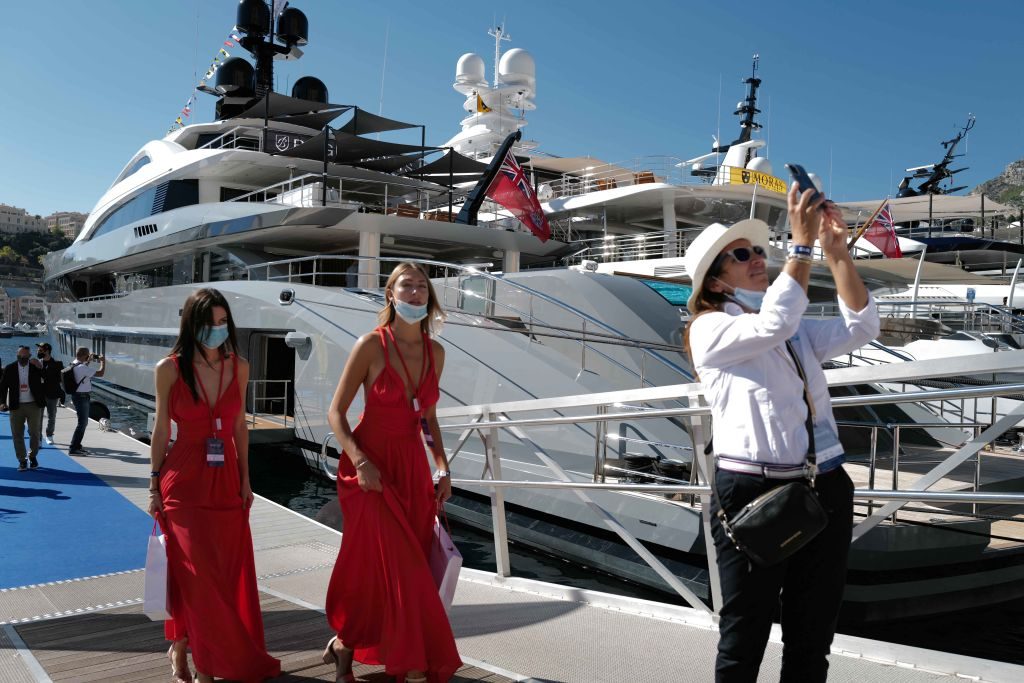 A woman takes a selfie as two hostesses walk past yachts at the Hercules Port in Monaco on September 22, 2021, during the 30th edition of the International Monaco Yacht Show. (VALERY HACHE/AFP via Getty Images)

Analysts say some super-rich have benefited from the shift online of much of the world’s economy during lockdowns, while others simply gained from rising asset prices as financial markets bet on the speed and shape of the global recovery.

The study also found while poverty increased sharply in countries with weaker welfare coverage, massive government support in the U.S. and Europe was able to mitigate at least some of that impact on lower earners there through job subsidies and social support.