Democrat strategists are flustered as polling shows that Hispanic Americans are increasingly opposed to their using the genderless term “Latinx” to describe them and their heritage.

A new survey of about 800 Hispanic Americans, conducted by Democrat strategists at Bendixen & Amandi International, reveals that only two percent said they use the term “Latinx” which is often deployed by left-wing advocacy groups and elected Democrats. 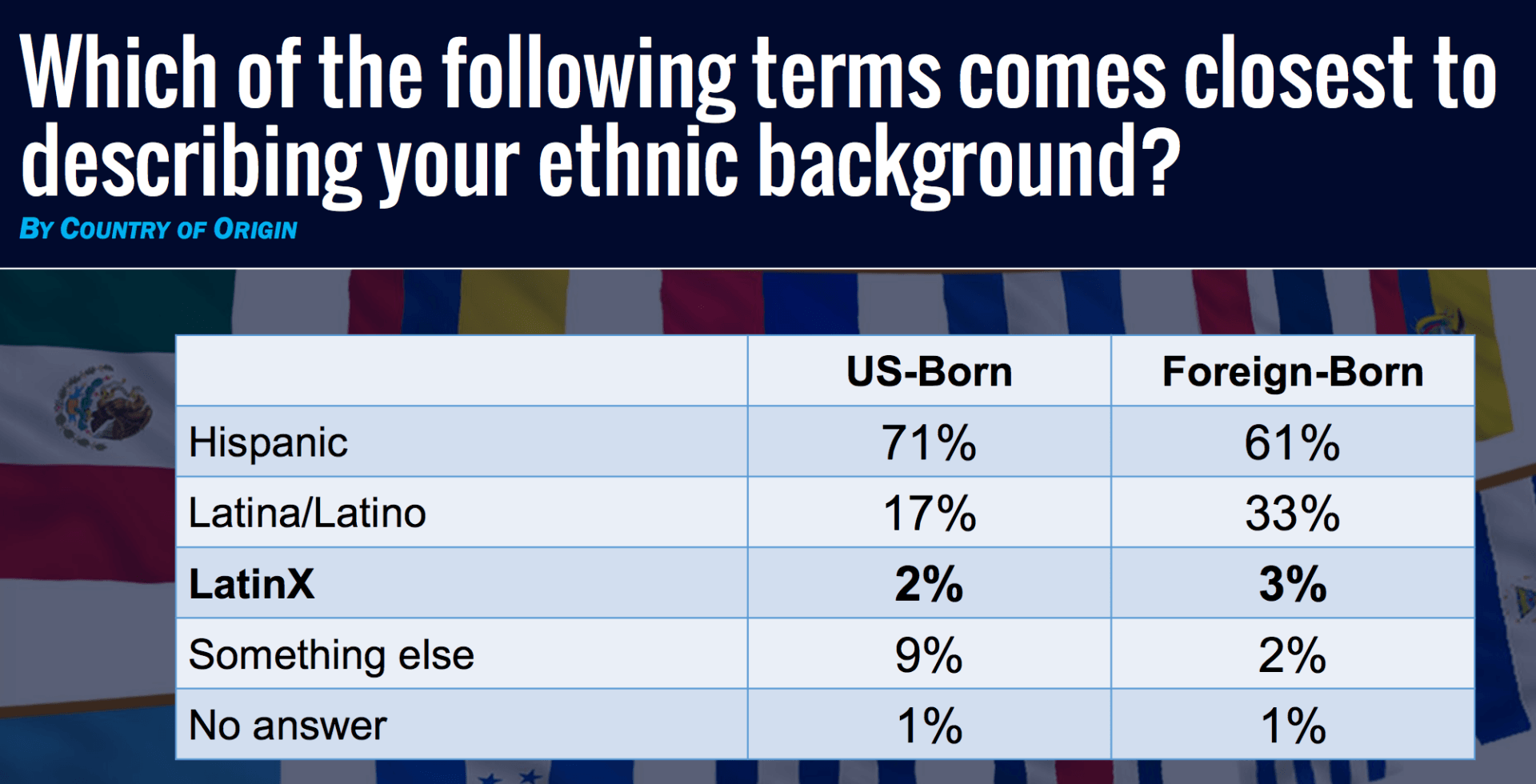 More alarming for Democrats, the poll finds that about four out of ten Hispanic Americans said the term “Latinx” either bothers or offends them. About 57 percent said the term does not offend them, even if they do not use it.

Likewise, 5-in-10 Hispanic Americans who vote Republican said they find “Latinx” offensive, as well as 32 percent of swing voters and 39 percent of Democrats. About 3-in-10 said they are even less likely to support a politician who uses the term “Latinx.”

Democrat pollster Fernand Amandi told Politico that he does not understand why Democrats continue using “Latinx” when their own voters oppose the term.

“The numbers suggest that using Latinx is a violation of the political Hippocratic Oath, which is to first do no electoral harm,” Amandi said. “Why are we using a word that is preferred by only two percent, but offends as many as 40 percent of those voters we want to win?”

Rep. Ruben Gallego (D-AZ) wrote in a statement that he has banned his congressional staff from using the term “Latinx,” stating that the term’s purpose “is largely to appease white rich progressives…”

To be clear my office is not allowed to use “Latinx” in official communications.
When Latino politicos use the term it is largely to appease white rich progressives who think that is the term we use. It is a vicious circle of confirmation bias. https://t.co/kMty6q7UQn

A founder of the Spanish-language station Univision, Democrat Joaquin Blaya, said Democrats are actually aiding Republicans with their voter outreach when they continue using the term “Latinx” against the wishes of Hispanic Americans.

“Democrats are helping Republicans make them look out of touch,” Blaya told Politico. “We built a network around our Spanish language and we have a shared culture around it. Why are we trying to change this? It’s offensive to a lot of people.”

The incoming attorney general of Virginia, Republican Jason Miyares described Democrats’ continued use of the term “Latinx” as “a type of cultural Marxism” and “a recast of societal norms.”

“Latinos don’t use the term — only upper-educated white liberals who hardly interact with the Latino community,” Miyares, who is Cuban American, told Politico. “I believe that every time they use the term Latinx, they lose another Latino vote.”