During an appearance this week on far-left MSNBC, Warren argued in favor of using anti-trust laws against grocery store chains.

What happens when only a handful of giant grocery store chains like @Kroger dominate an industry? They can force high food prices onto Americans while raking in record profits. We need to strengthen our antitrust laws to break up giant corporations and lower prices. pic.twitter.com/DMa9Z7adFr

Now what you got is a handful of giant [grocery store] chains, and then what happens…? Kroger, their profits just in the third quarter of 2021 were almost $900 million. That was more than three times what their profits were during the same time period in 2019. Now, if they are able to expand profits, not expand prices, but to expand profit, that’s because they have a lot of market dominance. If we move in with an anti-trust law, break up these giant corporations, then we get real competition.

It’s obvious what she’s up to here… The same thing she was up to the last time she floated this deranged conspiracy theory… She’s hoping to let His Fraudulency Joe Biden off the hook for the record inflation that is solely his fault. First, Biden’s lunatic spending cheapened the dollar and increased prices.

And then, Biden’s gobsmacking mismanagement of the China Flu resulted in personnel shortages that further damaged the supply chain, which again created more demand than supply and increased prices even more. 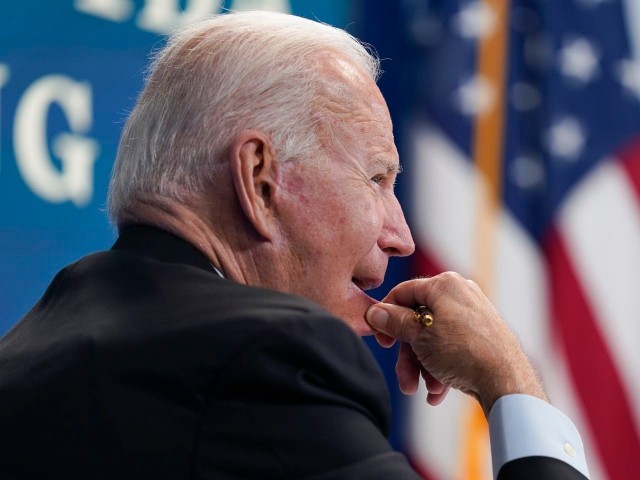 The facts are this… Grocery stores operate on some of the smallest profit margins of any business out there. Theirs is a volume business, not a profit-margin business.

Additionally, once you understand that grocery stores are a volume business, you understand why their profits exploded during the third quarter of 2021. That’s when omicron hit. That’s when people started stockpiling groceries again. Also, Because of the virus, fewer people are going out to eat, which means they are eating at home, which means they are buying more groceries.

More people than ever are working out of their homes, which means they are eating at home rather than going out.

As far as competition in my small town, there are six different grocery stores competing for my business within about two square miles. So the idea that there’s some sort of price gouging going on is absurd.

When’s the last time Lieawatha went grocery shopping? Honestly, a stroll through almost any grocery store will give you an idea of the supply and demand issues by way of all the empty shelves.

For those arguing recent inflation surge & higher profits are being driven by corporate greed/increased concentration/etc (rather than demand) — do you believe plunges in inflation & profits in early 2020 were driven by companies becoming more altruistic, less concentrated? pic.twitter.com/j1Feu09Ljx

That Is THE key question: “[D]o you believe plunges in inflation & profits in early 2020 were driven by companies becoming more altruistic, less concentrated?”

There are only two reasons grocery store prices are so high: JOE and BIDEN.

If Warren were genuinely concerned about monopolies and anti-trust issues, she would go after Big Tech and teachers’ unions.