President Joe Biden claimed he ran for office to “unite the country” just days after he compared Republicans and even some Democrat senators to racists.

“I ran for president to unite the country,” Biden said during a speech on his video set across the street from the White House on the importance of infrastructure spending.

On Tuesday, Biden angrily denounced the Senate, calling it a “shell of its former self” for blocking legislation that would federalize state and local elections and open up elections to potential fraud.

Biden said senators who opposed the federal law were choosing the side of historical racists.

Biden berated the Senate for refusing to eliminate the Senate filibuster rules to pass the legislation, a step that even some moderate Democrats do not oppose.

Republicans reacted to the speech with anger, calling out Biden for his divisive rhetoric.

Sen. Mitt Romney (R-UT) criticized Biden, noting he “accused a number of my good and principled colleagues in the Senate of having sinister, even racist inclinations” and said the president indicated he was not interested in “unifying the country” with his rhetoric.

Sen. Mitch McConnell ripped Biden’s speech as a “rant” that was “incorrect, incoherent, and beneath his office.”

On Thursday, Sen. Kyrsten Sinema (D-AZ) upstaged Biden by taking the floor of the Senate to denounce his plan to eliminate the filibuster, just minutes before he arrived on Capitol Hill to make his case to Democrats. 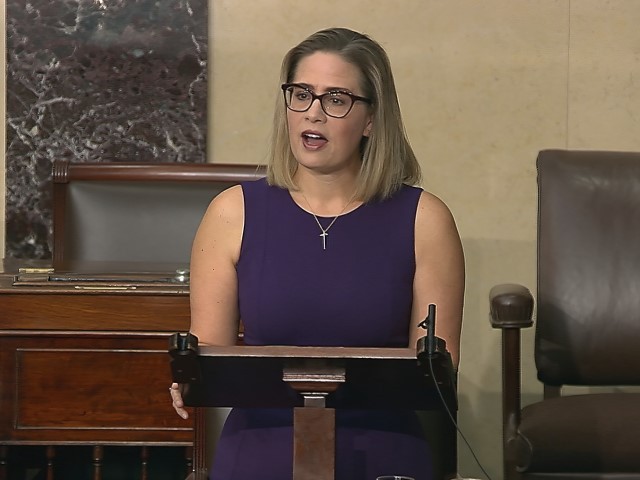 Kyrsten Sinema declared she could not support a “short-sighted” rules change to get past a Republican blockade. (Senate Television via AP)

Even Sen. Dick Durbin admitted that “perhaps the president went a little too far in his rhetoric” in an interview with CNN’s Jake Tapper.

White House press secretary Jen Psaki suggested critics of Biden’s speech were not acting “on the level” by saying the president was calling his political opponents racist.