President Joe Biden has “betrayed us all,” Tulsi Gabbard said on Friday, accusing the president of going back on his promise to unite the country.

Gabbard, who ran against Biden in the 2020 Democrat presidential primary, admitted that she supported him after dropping out of the race.

“I know Vice President Biden and his wife and am grateful to have called his son Beau, who also served in the National Guard, a friend,” Gabbard said in a statement at the time in March 2020.

“Although I may not agree with the Vice President on every issue, I know that he has a good heart and is motivated by his love for our country and the American people,” she added.

“I supported Joe Biden, and millions of other Americans voted for Joe Biden because he promised to unite us,” she said in the video Friday, speaking of his lofty promises to “bring us together [and to] to end the divisiveness.”

“Sadly, not only has he failed to do this, he has betrayed us all by pouring fuel on the fires of divisiveness that are tearing our country apart,” Gabbard said. 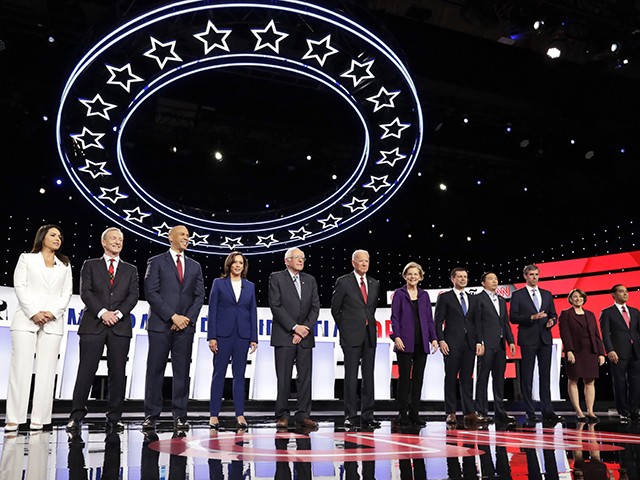 “Biden compares those who disagree with him to racist traitors, to enemies of bygone eras, and Biden now has his attorney general targeting millions of Americans as domestic terrorists,” she continued as her video cut to a clip of Matthew Olsen, Assistant Attorney General National Security Division talking about the U.S. facing an elevated threat from “domestic violent extremists, that is individuals in the United States who seek to commit violent criminal acts in furtherance of domestic social or political goals.”

“Domestic violent extremists are often motivated by ideologies and personal grievances. We’ve seen a growing threat from those who are motivated by racial animus as well as those who ascribe to extremist anti-government and anti-authority ideologies,” he added.

“If we allow this to continue, our country, our country, the country that we love, the land of the free, the home of the brave, it will be unrecognizable, and it will be lost forever,” Gabbard warned:

Biden promised to unite our country. Instead he betrayed us, pouring fuel on the fire of divisiveness, tearing our country apart. Biden compares those who disagree with him to racists, traitors & enemies, & has his AG target Americans as domestic terrorists. Unfit to lead. pic.twitter.com/zeYBRv0bMB

Biden focused on the theme of unity upon taking office, mentioning it several times throughout his inaugural speech. However, he quickly shifted gears months down the road, most significantly during his divisive coronavirus speech in September 2021, where he warned that his patience was “wearing thin” with unvaccinated Americans.