Rep. Ted Budd (R-NC) is one point ahead of former Gov. Pat McCrory (R) in a hypothetical head-to-head primary matchup in the race for U.S. Senate in North Carolina, according to a recent poll.

The poll, conducted by Cygnal from January 7 to 9 among 600 likely primary voters, found Budd with 34.2 percent support compared to McCrory’s 33.2 percent. Another 32.6 percent said they were undecided.

The primary, which was postponed until May and potentially now June because of ongoing redistricting litigation, is developing in its early stages into a competitive face-off between a Trump-backed congressman and a longtime mayor-turned-governor.

Budd, a gun store owner serving his third term in the U.S. House, received an endorsement from former President Donald Trump in June and is expected to pick up some support from Trump’s base in a state that narrowly voted in favor of the former president in 2020. Club for Growth, a high-dollar Trump-aligned political action committee, has also thrown its weight behind Budd as it targets candidates who meet its “limited-government” mission standards.

McCrory, on the other hand, is backed by outgoing Sen. Richard Burr (R-NC), one of the seven Senate Republicans who voted in favor of convicting Trump of his impeachment charges in 2021. McCrory served as Charlotte mayor for 14 years, governor for one term, and host to a popular Charlotte-based radio show before terminating it last year to run for office. 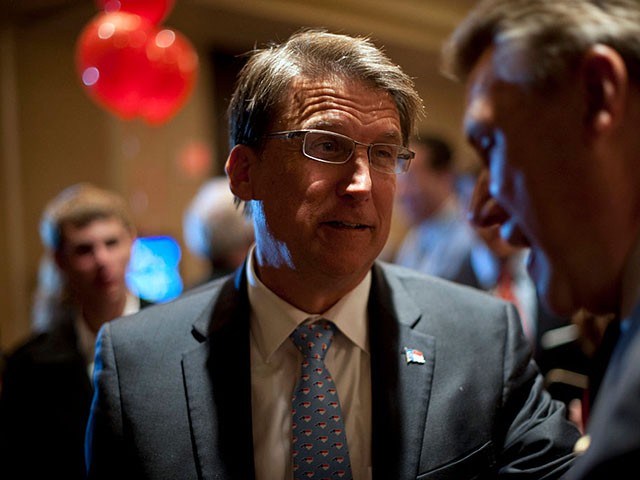 In the poll, McCrory pulls ahead of Budd when more candidates are factored into the primary field.

Respondents were asked who they would support out of six Republican options, and 24.2 percent chose McCrory, 18.8 percent chose Budd, and 6.6 percent chose former Rep. Mark Walker (R-NC). No other candidates received more than one percent, and nearly half of respondents, 48.5 percent, said they were undecided.

While Walker remains in the race despite polling and fundraising placing him clearly behind Budd and McCrory, a December 5 report from Politico detailed that Trump world has privately sought to convince Walker to drop out and run for a House seat, a race in which Trump would then endorse Walker.

Walker’s prospects in the congressional race — in the new Seventh District — would be unclear at this stage though because North Carolina’s congressional map, which gained one seat during the redistricting process, is in the midst of ongoing legal challenges.

The poll had a margin of error of +/- 3.95 percent and was conducted by phone, email, and text.