Democrat candidate Stacey Abrams is in a virtual tie with her top opponents, incumbent Gov. Brian Kemp (R) and former Sen. David Perdue (R-GA), in the race for Georgia governor, according to a new poll released Wednesday.

The poll, conducted by Quinnipiac University from January 19 to 24 among 1,702 registered voters, found that in hypothetical general election matchups, Kemp leads Abrams by two points, 49 percent to 47 percent, while Perdue and Abrams are dead even at 48 percent each.

Ahead of the general election in November, however, a highly competitive primary battle is brewing between Kemp and Perdue. Among 666 likely Republican primary voters, Perdue is trailing Kemp by seven points, 36 percent to 43 percent, but the former senator has gained support since the last public poll, a Fox 5 Atlanta/InsiderAdvantage poll conducted the evening of December 6, the same day Perdue announced his bid for office. 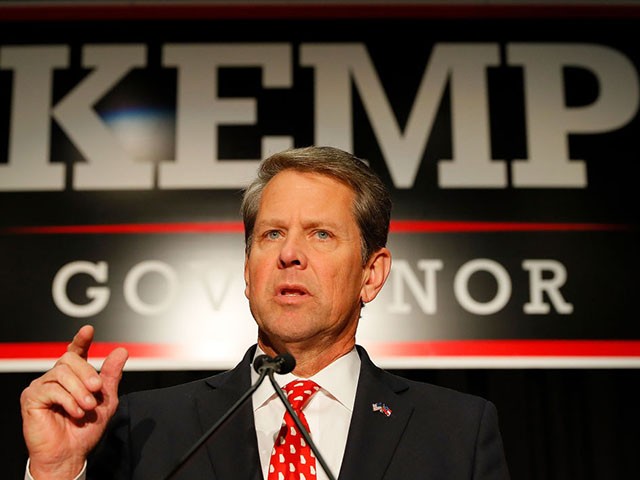 That poll found Perdue with just 22 percent support at the time, compared to Kemp’s 41 percent. It also revealed that the two candidates were tied at 34 percent each when respondents were made aware that Perdue would be backed by former President Donald Trump.

Trump, who has repeatedly attacked Kemp over the 2020 election, endorsed Perdue just one day after Perdue launched his bid for office. 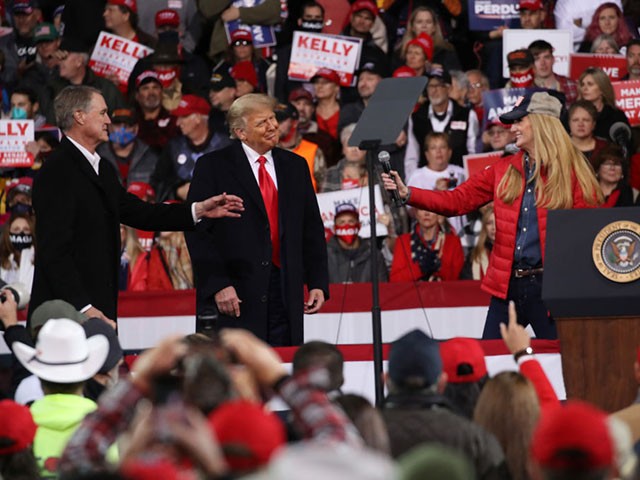 Trump’s pollster Tony Fabrizio also conducted a poll December 7–9, right after Perdue jumped in the race, and found Perdue in a much stronger position, narrowly beating Kemp, 47 percent to 44 percent, but then dominating the governor, 56 percent to 34 percent, when respondents were informed that Trump had endorsed Perdue.

In the Quinnipiac poll, the third-place candidate in the primary, former state Rep. Vernon Jones, a Democrat-turned-Republican who fervently supported Trump in 2020, received ten percent support. Five percent of respondents said they were undecided on their primary choice.

The top line results of the gubernatorial primary contest prompted heated back-and-forth between the Perdue and Kemp camps on social media Wednesday night after Kemp Communications Director Cody Hall posted the Quinnipiac poll results with a comment that last month’s Fabrizio poll — in which Perdue had been leading — was “hot garbage.”

Perdue consultant Austin Chambers fired back that Kemp had spent more than $1 million attacking Perdue while Perdue had so far “spent $0 on TV informing of Trump endorsement.” That charge comes as Perdue is challenging the ethics of a new Georgia law that grants officeholders, including Kemp, the ability to create a leadership committee that can raise unlimited campaign funds, something Perdue, as a primary candidate, is unable to do.

Regarding the absence of Perdue-Trump ads, Chambers added, “Let’s see what you say when that changes…” and cited Perdue’s 14-point gain from the Fox 5 poll as evidence of Perdue’s momentum.

Kemp has spent over $1mm attacking Perdue and yet Perdue has risen 14 points since last public poll.

We’ve spent $0 on TV informing of Trump endorsement. Let’s see what you say when that changes… https://t.co/b6REXR3wev

Hall noted that Chambers had skipped over referencing the Fabrizio poll. “So, you’re admitting the internal poll your campaign blasted out a month ago was wrong? Because your tweet didn’t include those numbers,” Hall wrote.

So, you’re admitting the internal poll your campaign blasted out a month ago was wrong? Because your tweet didn’t include those numbers.

In case you forgot, it had your candidate up 14 points. #gapol https://t.co/KHdRIKJ6ci

While the contentious primary race takes up much of the spotlight and will play out until race day on May 24, Abrams — who narrowly lost to Kemp in her first bid for governor in 2018 — remains a well-funded and formidable general election candidate awaiting her opponent at the close of the primary.

The Quinnipiac poll has a margin of error of +/- 2.4 percent among registered voters and +/- 3.8 percent among likely primary voters.