President Joe Biden acknowledged the difficulty of being a police officer in the current political and social climate during a speech at the National Peace Officers’ Memorial Service on Capitol Hill on Sunday.

“Being a cop today is a heck of a lot harder than it’s ever been,” Biden said, alluding to rising crime in some of America’s biggest cities under his administration.

The president tried to sympathize with police officers, despite his longtime support for radical anti-police organizations such as Black Lives Matter. 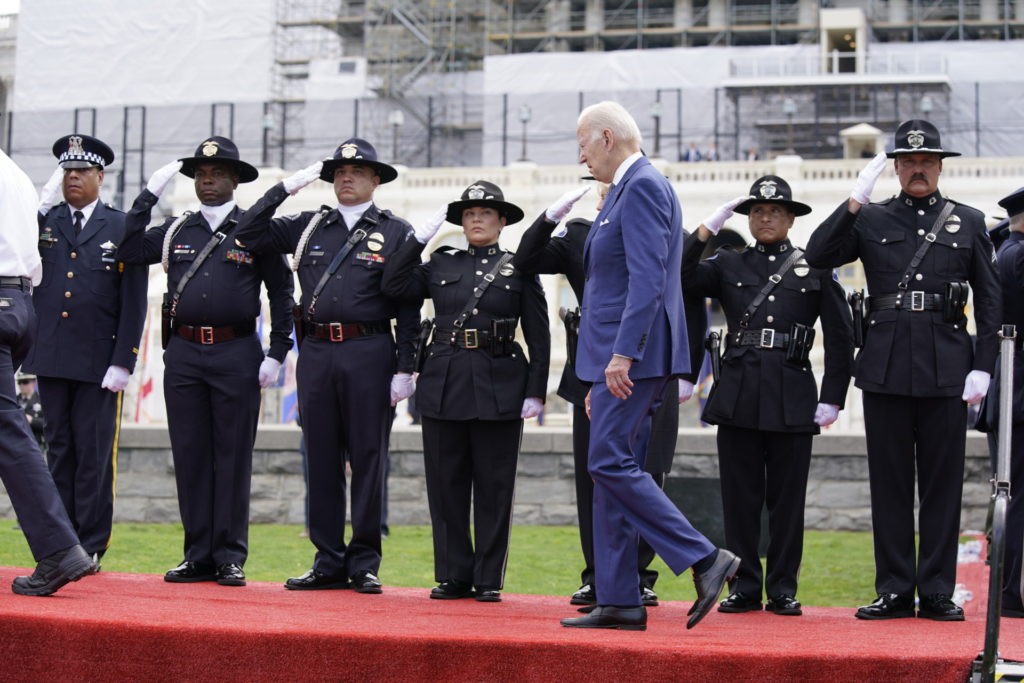 He said police officers should not have to serve as psychiatrists, mental health counselors, and drug counselors, adding that too often, police got “figuratively and literally caught in the crossfire.” 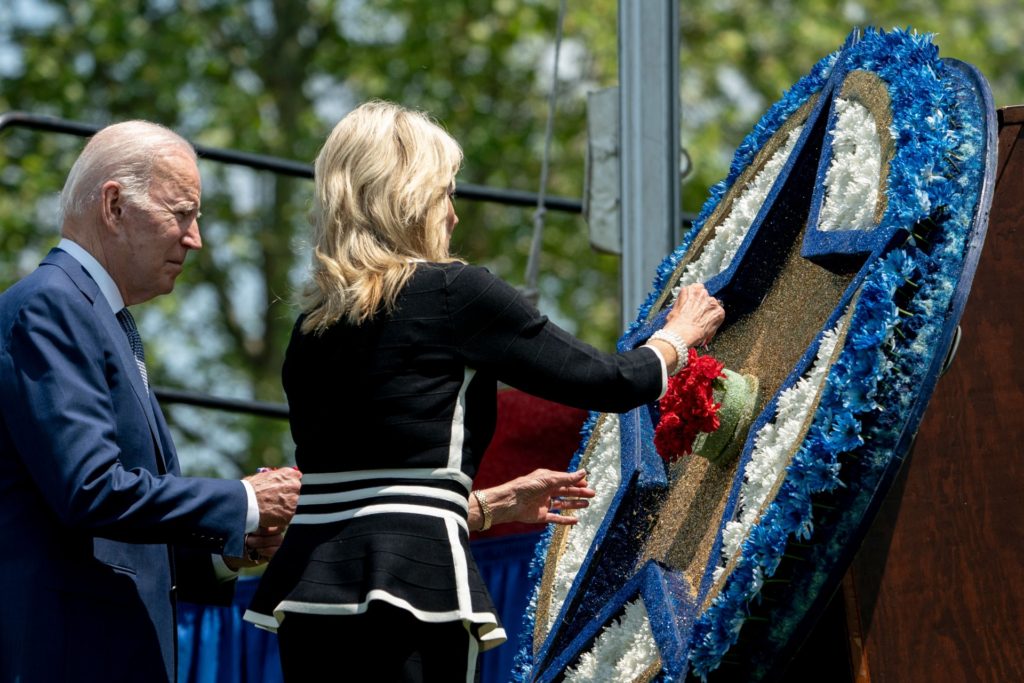 President Joe Biden, joined by first lady Jill Biden, places a flower on a wreath during the National Peace Officers Memorial Service at the U.S. Capitol in Washington, DC, on May 15, 2022. (STEFANI REYNOLDS/AFP via Getty Images)

Biden thanked police organizations for their “constructive role” in police reform but called for more action on the issue.

“We haven’t gotten there yet,” he said. “We must get there to strengthen public trust in public safety.”

Biden spoke about enormous levels of federal funding provided to communities after the coronavirus pandemic, encouraging state and local officials to spend more on law enforcement.

“I’m committed to being your partner as I always have,” he said, without mentioning his endorsement of redirecting funding from police departments during the 2020 campaign.

Ady Barkan: “Can we agree that we can redirect some of the funding [from the police]?”

Biden wants to defund the police.pic.twitter.com/qPp5oX0o7A

During his speech, Biden advised police officers to do more to engage with the communities they are policing.

“Not one cop in a car but two walking the street, cops who walk the beat, who know the neighborhood, who can restore trust and safety,” he said.

Biden complained that he “inherited” the coronavirus pandemic from his predecessor former President Donald Trump and that people were still suffering the consequences of the lockdowns.

“So many young and old because of this pandemic need help,” he said.

He called for more government social workers to provide housing, education, drug treatment, and mental health for communities that could work alongside police officers.

Biden tried to sympathize with the families of slain police officers, reminding them of his son Beau Biden who died of cancer.

“To the families, Jill and I, we have some idea of how hard it is,” he said. “But I promise you, the day will come. When the memory of your loved ones — you open the closet door and smell the scent, you go by the park used to walk in, you hear that song. A day will come when it will bring a smile to your lips before it brings a tear to your eyes.”