The DeSantis campaign this week debunked fake news touted by the establishment media, describing the attempt as yet another “embarrassing effort to distract from Democrat failures.”

The corporate media is continuing in its consistent efforts to drive a false wedge between Trump and Gov. Ron DeSantis (R). Both DeSantis and Trump have already thoroughly debunked establishment media rumors of infighting and tension. The latest attempt involves an anonymous source quoted by Politico. 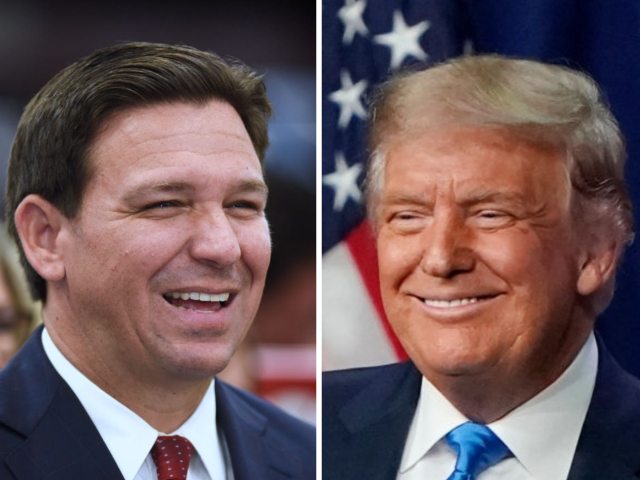 The individual, described as a “Republican consultant familiar with DeSantis’ thinking,” told the outlet that DeSantis views the January 6 hearings — which less than ten percent of Americans are following “very closely” — as “a way to eventually get Trump indicted,” according to the outlet.

“That’s where his head is at. He thinks the goal here is to get Main Justice to go after him,” the anonymous source said. “That’s what Ron thinks this is all about.”’

However, the “source” has no connection to the campaign, and the assertion is false.

“The hearings are a total circus meant to distract from Biden’s failures. Quoting unnamed sources to detail the Governor’s thinking when he has clearly stated that this is a farce is a predictable tactic from POLITICO and the corporate media,” a spokesperson from the DeSantis reelection campaign said in a statement.

“This is another embarrassing effort to distract from Democrat failures,” the spokesperson added.

Indeed, DeSantis has dismissed the relevance of the January 6 hearings. 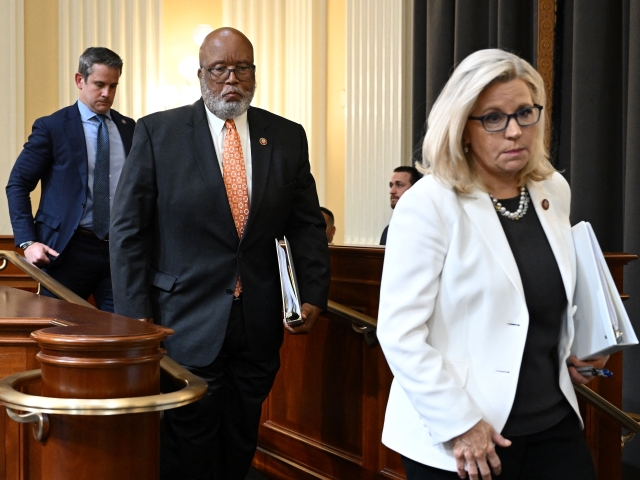 “What I would say is this: Why weren’t they doing hearings about more energy? Why aren’t they doing hearings about inflation? Why are they constantly beating this dead horse? Yes, we understand that that was a year and a half ago. And let’s focus on things that are concerning American people today and helping us get through this period here today,” the governor said at a press conference earlier this month, later adding that the media in D.C. and New York “live in a bubble.”

“They do not care about any of us out here in other parts and they think this is like the most important thing. And then you look at these election results and you have Republicans winning in south Texas on the border down there last night,” he said.

“So I think it’s, you know, it’s one thing to kind of get some policies wrong … but then it’s another thing just have your head in the sand about what’s going on in this country, and they’re showing that they don’t care about what you’re going through at the gas pump,” he continued.

“They don’t care what you’re going through at the grocery store or rent or all these other things that have skyrocketed since Biden took office,” he added, concluding that “they’re trying to divert attention away from that and focus on other things that they think will help mobilize their voter base.”

Earlier this year, DeSantis referred to January 6 as the mainstream media’s “Christmas,” adding that they are using it to “try to be able to smear anyone who ever supported Donald Trump.”

This is far from the first time the establishment media has attempted to drive a wedge between Trump and DeSantis, fueling rumors of infighting in regards to 2024, particularly. However, Trump has called DeSantis a “good guy” who is “doing a good job,” and DeSantis has refused to validate the rumors.

“Notably, the rumors of this quarrel come one year into Biden’s presidency, as voters see he has failed on a range of issues, including the coronavirus, as he is still urging Americans to wear masks despite pledging ‘just’ 100 days of masking. As a result of that and many more issues, his approval rating is completely underwater and has been so for quite a while,” she added.

DeSantis, meanwhile, has continued to dismiss speculation about a presidential run in 2024, unlike Trump, who has teased a possible run several times since leaving office.

“What is this obsession with ’24?” DeSantis asked at a recent press conference. “I think it’s because the media knows that the Democrats are going to get hammered in 2022. They don’t want to talk about it.”

“It’s just funny. It’s like, you know, ‘In a sure sign he’s plotting a political future, Governor DeSantis has taken his kids to get ice cream,’ or something like that. I mean, it’s just ridiculous,” he said, adding that his administration is focused on “advancing the ball substantively for the state of Florida.”