Former President Donald Trump went hard against Republican Sen. Lisa Murkowski at a rally in her home state of Alaska on Saturday, denouncing her as being “worse than a Democrat.”

Campaigning for several candidates in the state, including Murkowski’s challenger Kelly Tshibaka, the former president said Murkowski was a “lousy senator” who hails from the Washington swamp, citing her opposition to Justice Brett Kavanaugh’s nomination to the Supreme Court and her eventual confirmation of Justice Ketanji Brown Jackson.

“She’s a total creature of the Washington swamp but much worse than that and a tool of a corrupt establishment, the likes of which we’ve never seen. The fake news media loves her,” Trump said.

The former president also scolded Murkowski for voting for gun control legislation after the shootings in Buffalo, New York, and Uvalde, Texas. 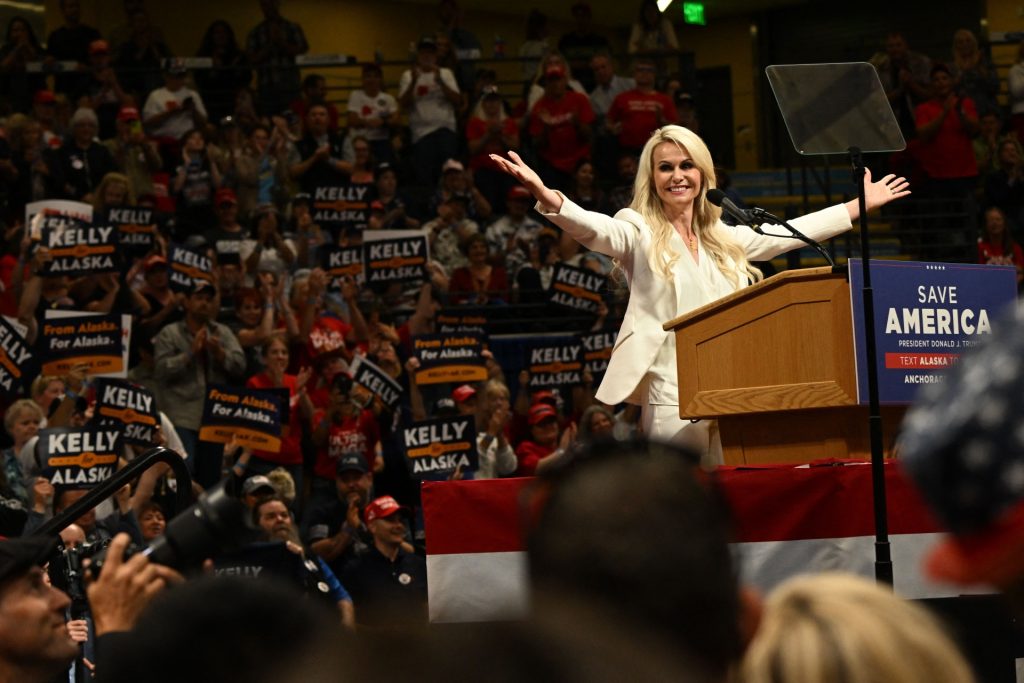 Senate candidate Kelly Tshibaka speaks ahead of former President Donald Trump during a “Save America” rally campaigning in support of republican candidates in Anchorage, Alaska, on July 9, 2022. (PATRICK T. FALLON/AFP via Getty Images)

A Murkowski campaign spokesperson said in a written statement that the senator “has a proven history of putting politics aside and delivering for Alaska.”

“It is unfortunate that Lisa Murkowski’s political opponents continue to try to deceive Alaskans by misrepresenting her strong, demonstrated record of getting the job done in the Senate,” said spokesperson Shea Siegert. 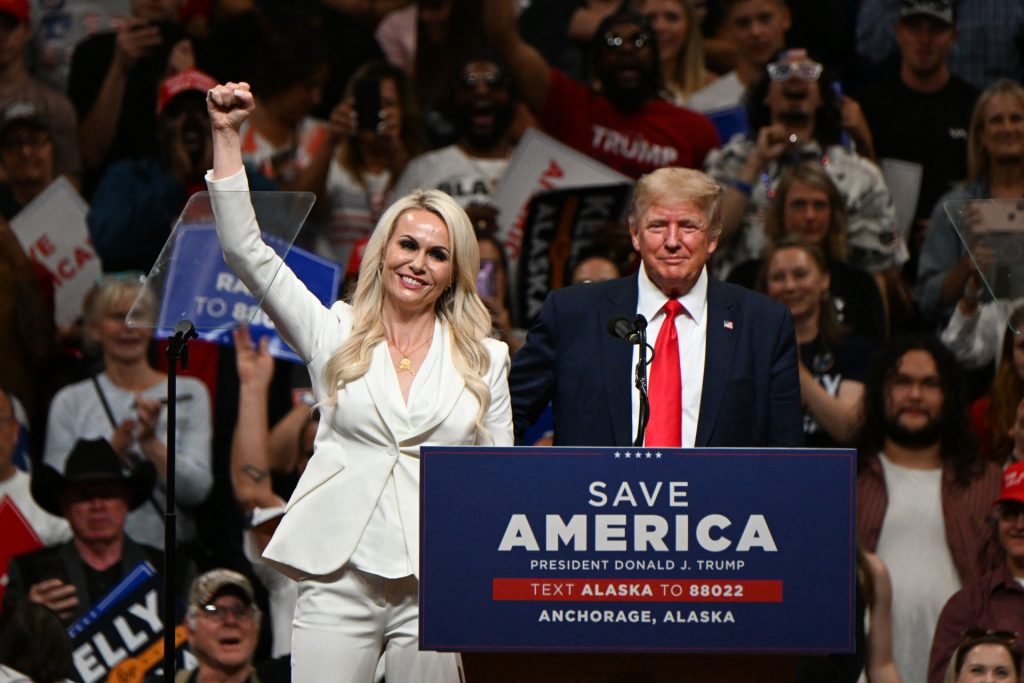 Murkowski’s challenger, Kelly Tshibaka, also hit at Murkowski following her vote to confirm Ketanji Brown Jackson and her vote in favor of the gun control legislation.

“When she visits Alaska, she pretends to be a friend of the 2nd Amendment, but when she’s in Washington, D.C., she sides with the elites and the insiders and votes against the interests of law-abiding Alaskans,” Tshibaka said in June. “At least Democrat Pat Chesbro is honest about restricting the rights of our citizens, so you know where she stands.” 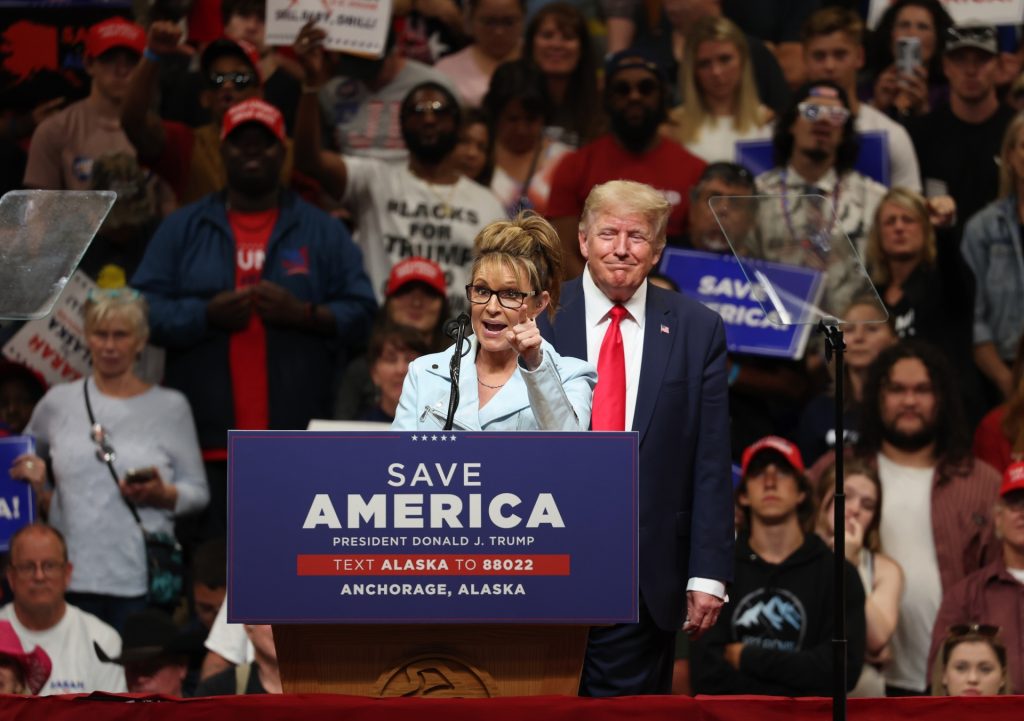 “Murkowski has got to go!” Trump said. “Her vote to confirm Biden’s Interior Secretary was a vote to kill long sought for, and approved, [Arctic National Wildlife Refuge], and Alaska jobs.”

“Kelly Tshibaka is the candidate who can beat Murkowski — and she will,” Trump continued. “Kelly is a fighter who stands for Alaska values and America First.”

The former president added that “Kelly is a powerful supporter of the Second Amendment and JOBS!”

“I look forward to campaigning in Alaska for Kelly Tshibaka,” Trump concluded as he offered his “Complete and Total Endorsement!”

Also during his speech, the former President hailed former Alaska Gov. Sarah Palin (R) in her run for the state’s only House seat. Palin was also one of Trump’s earliest supporters during the 2016 election.

“She will be a true warrior for your state and for the country,” Trump said of Palin.